Serge Alternês sends us details of the following event…

July 18, 1936: Fascist generals attempt a coup against the elected Popular Front government of Spain, plunging the country into three years of bloody war that captured the attention of the world, and became a microcosm of the international political and
social conflict leading to World War II.

July 18, 2016: Marking the 80th anniversary, three B.C. writers explore the significant Canadian participation in, and connections to, the Spanish struggle against fascism. 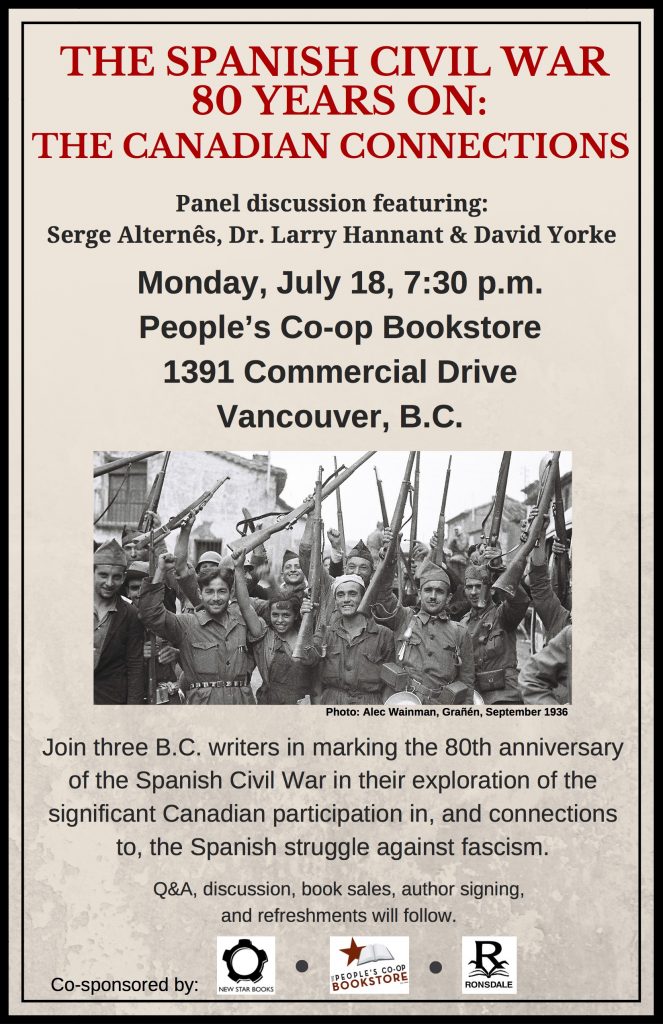 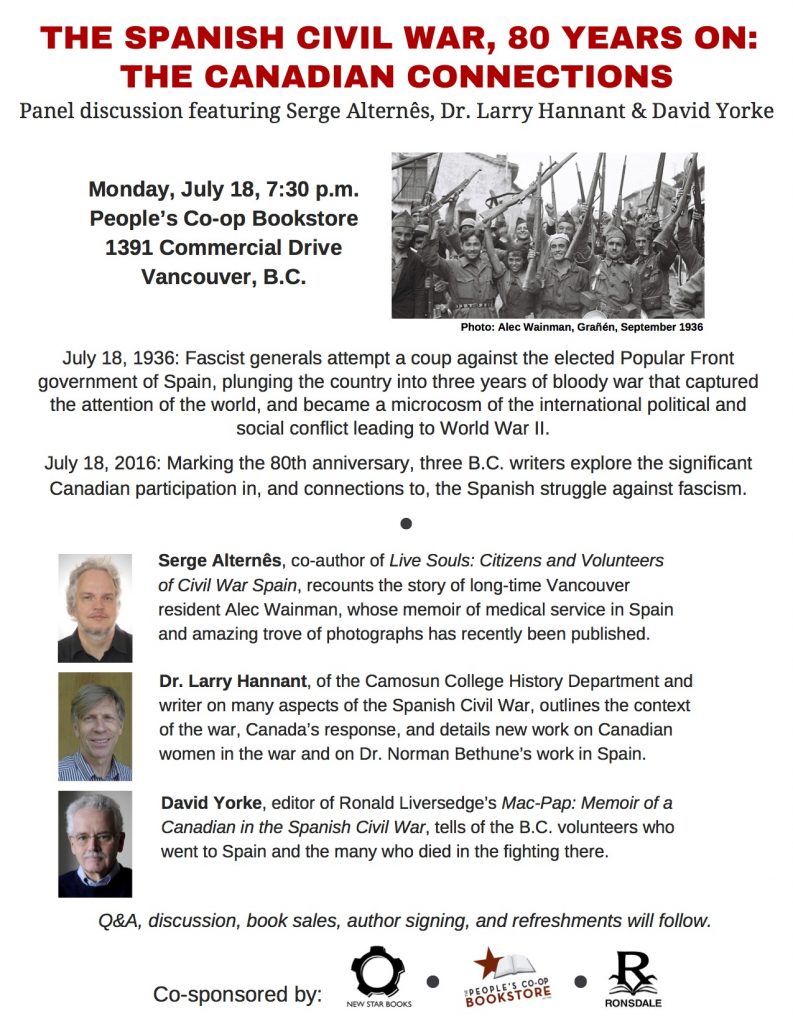