I came across a very touching quote by Dalai Lama at a coffee shop a couple of days ago. I had been anxious, complaining, and somewhat angry lately, and the quote allowed me to take a moment to catch my breath. In search for the quote, I surfed online and came across the following quote instead.

Old friends pass away, new friends appear. It is just like the days. An old day passes, a new day arrives. The important thing is to make it meaningful: a meaningful friend – or a meaningful day.
Dalai Lama

It’s not the most touching quote ever, but it shed light to the relevance of meaningfulness to my grad student life. Why had I been in a bitter mood lately? And what’s the deal with the sudden use of quotes from Dalai Lama? Please read on, and let me explain.

The Bitterness Explained – the Finances: 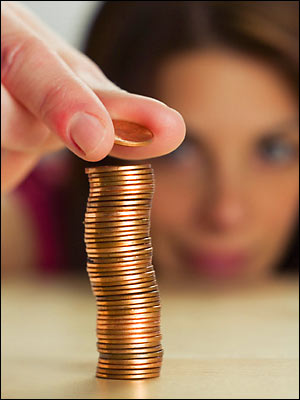 For one, I’m dealing with the aftermath of having paid my summer tuition earlier this month, which has substantially cut down the amount of protein I can consume for this and the next month and adds financial stress into my usually well lubricated daily system. The increased tuition in combination with the increased residence fee was not the sweetest pill to swallow.

To do a quick math, a graduate student at UBC living on-campus need to consider the following expenses per month:

So, realistically, you’re looking at a minimum of $1400 per month of expenses for your essential survival (academic, housing, food) needs if you’re living on campus.This estimate is, of course, not including the health insurance, student fees, occasional shopping needs, cell phone bills, and various other fees that students pay up front in lump sum with Fall term tuition.
This also does not include social needs, such as going out for coffee, eating out about once or twice a month with friends (I think it’s reasonable), having a delicious yet fatty cupcake or a japadog downtown to experience Vancouver, etc. Super realistically speaking, if you are planning to fly home during holidays (depending on where you live), or plan on going somewhere for a vacation you are likely going to need financial support from external sources – i.e., parents, student loans, credit card debt?! etc.

So how do students make ends meet? Most students take on a teaching assistance-ship to balance out the income vs. expenses I think. That’s what I did last Fall. I didn’t take on any TA-ships last term though, since I wanted to focus on my thesis. So it’s kind of my fault, but at the same time, I wouldn’t have been able to get my stuff done as much as I have to date if I had been TAing on the side.

And my laptop decided to be super awesome with me and run out of hard drive space just when I need to convert it into a dual boot machine (sarcasm here?! yes, indeed!). I did everything I could (deleted everything unnecessary), but it is still asking for an extensive level of patience and anger management from me with its old age, lack of RAM, and HDD space. The moment my chequeing account shows a positive number, I am going to replace my HDD, install another OS.

Dalai Lama Quote Explained – Meaningfulness: So, why the quote?

Well, I am coming to the realization that despite the temporary bitterness of dealing with finances as a grad student at UBC, and despite the long hours at the lab, I do what I do in the way I do it, because I like to think there is something meaningful about my work that makes everything worthwhile.

By the time I graduate, the 2 years I will have spent thinking about my projects on the bus, talking about them on date(s) (bad idea according to my lab buddies btw, and should be reserved for conferences/seminars), and working on it day and night will be something of the past.

I guess it’s sad to be thinking about it that way.

You get so attached to these technical projects that often you don’t want to let it go… I remember being really attached to a set of manufacturing systems I helped develop at an automation company I worked at as a co-op student. When the project was done and the system was carried into transport trucks, to be delivered to the clients obviously, I was shocked to see how much attachment I had developed with the ruggedly looking assembly of machine that was far from being cute or animate. That was only four months of working on the project.

And to think that a project I’ve worked on for years will become something of the past someday to be let go…! Am I the only one who has attachment issues with technical projects???! Dealing with the caveats of being a grad student for the specific purpose of finishing the project probably will make it harder. Uncertainties of how things will pan out also makes it a bit more awry. I mean, if my only purpose in this project was to build something that I knew was going to work, then I there would be less uncertainties. But with the kind of data requiring statistical significance to make the conclusion I want, it’s always uneasy thinking that there may not be statistical significance!! Ahhh!!

In short, if I just focus on the outcome of my research as the only goal of living a grad student life, then I feel like I’ve signed up to play a gamble with an unknown chances of winning within the given amount of time I’ve set out to play the game. But if I think one of the main reasons for walking this path is not only because I want to get the results I want (which would be nice to have), but more because there is meaning to walking the paths that I am walking regardless of what I find at the end of the tunnel, then grad school doesn’t seem like a huge gamble with an unknown probability of failure, but rather an investment with 100% probability of success.