Our diet is a foundational part of our existence. After finding out the importance of not only what we eat, but also the quality of what we eat I was familiarized with Genetically Modified Organisms also known as GMO’s.  GMO’s are a potential danger to our health. Genetically modified food as stated by the World Health Organization are foods derived from organisms whose genetic material (DNA) has been modified in a way that does not occur naturally, e.g. through the introduction of a gene from a different organism. 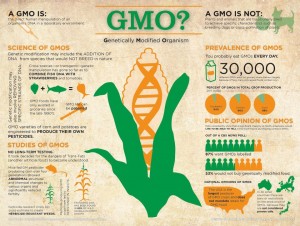 Genetically modified crops and foods were introduced into Canada 15 years ago. We first started using GMO’s to address problems like food security, malnutrition, and agriculture efficiency because they produced higher yielding plants that are adaptable to soils and climates and required less water to grow. However a generation has not yet passed for us to see the long-term affects, like how they would affect us in our old age or affect our children. Could our children be involuntarily affected because of this? I came across a study that found that 93 per cent of blood samples taken from pregnant women, and 80 per cent from umbilical cords tested positive for traces of the chemicals from toxins of genetically modified foods.  Knowing these toxins are transferred to our children in the womb, they could very well be causing birth complications. This was enough evidence to prove to me that GMO’s are not safe for human consumption. 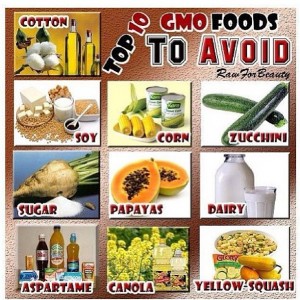 When wondering why one would ever take the gamble with GMO, an idea suddenly dawned upon me… money! GMO is a multibillion dollar industry so it raises the question if GMO is really for the benefit of the world or just a moneymaking business. Because money has been invested into biotech companies that make these Genetically Modified crops and foods, turning back doesn’t seem to be an option. Regardless of what’s going on I will continue to spread awareness about GMO foods and the potential dangerous associated with it. They may or may not harm us, but the fact that this is even a question is bothersome.  This is one very large experiment that I refuse to be a part of.

This entry was posted in Issues in Science, Science in the News and tagged Food, GMO, Health. Bookmark the permalink.

One response to “Gambling With GMO”