The increasing amount of cancer cases is no secret in our world today. According to Statistics Canada, one in four people will be diagnosed with cancer in their lifetime. Billions of dollars are being used to find solutions to this disease; however one method of treatment is particularly controversial. Chemotherapy is the treatment of disease by the use of chemical substances by cytotoxic and other drugs. After doing some investigation I was shocked when I came across statistics about the effects chemotherapy had on the human body. Although chemotherapy has saved many from an early death, the negative effects it has on others is not to be overlooked.

What stood out to me the most when investigating chemotherapy was the results of surveys conducted on 118 doctors from McGill Cancer Center asking if they would consider chemotherapy themselves if they were terminally ill with cancer.  Three of every four doctors would refuse chemotherapy for themselves due to its devastating effects on the entire body and the immune system, and because of its extremely low success rate. How could one feel comfortable if the physician administrating chemotherapy doesn’t agree with the method themselves? Furthermore how could a physician feel comfortable administrating it to an unknowing patient?

I was even more shocked when I discovered that Chemotherapy doesn’t universally affect all types of cancer the same way. In a book called “Questioning Chemotherapy,” by written Dr. Ralph Moss he reveals the ineffectiveness of Chemotherapy against cancers such as breast, colon, prostate and lung cancer. The types of cancer that Chemotherapy has proven to neutralize are 2-4%! If the health benefits are not as effective, then the body is left fighting off the stress and damage that it got from the process. If anything you are doing more damage than help. Now I understand why doctors would not go ahead with this themselves. Before and After Image of Skin Cancer Cells.
Source: Flickr Commons

Considering the results of my investigation I believe Chemotherapy, at best at this point, should be used as an alternative method instead of the standard one to treat cancer. During my research I came across many inspiring success stories where patients had overcome cancer by strengthening their immune system. The main way to do so is through your diet, especially with fruits and vegetables. I have always been a strong believer that food is our greatest medicine because it is always more bioavailable to the body than synthetic medicines. 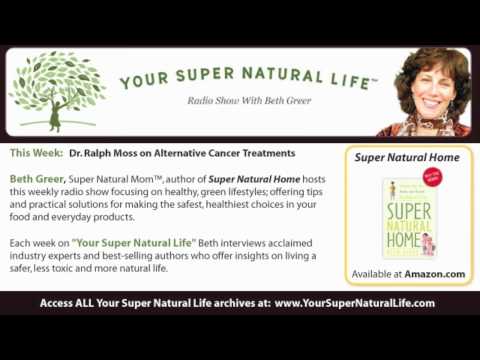