Your Eyes Can Taste Everything for You

To begin, take a look at the two images below: 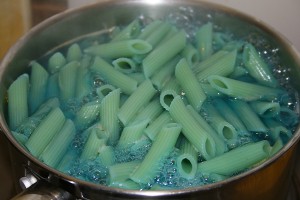 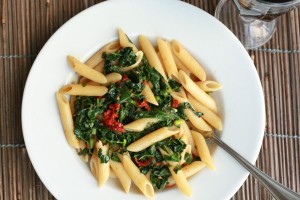 Which one looks more appetizing? Which one will you reach for when you are hungry? I would –without a doubt– choose the one on the bottom. Why? Because blue penne is not visually appealing to me, and even if it tasted just as good as the normal one, I would probably feel gross due to the perception that I consumed something blue.

Now, some of you may think that this is just a personal opinion however, the research done by Jeannine F. Delwiche state that “visual cues… modify the way taste, odour, and flavour are perceived”. She explains her hypothesis through the explanation of the emergent phenomenon. The emergent phenomenon is a phenomenon of how one’s understanding of a whole does not necessarily reflect the physical reality of its parts. Delwiche provides three examples, which are the following:

From these three examples, Delwiche explains that sensory input from the visual system can alter taste and flavour of foods and drinks.

A relatively famous experiment was done by Stefan Gates and Alice Pegg where white wine was coloured using red food colouring to make the physical appearance like a red wine. This so-called “red wine” was served in a wine club, where tasters were asked to describe the wine. Surprisingly, the wine drinkers described the taste/flavour in terms that reference and describe a red wine. From this, we can see that the red colour of the wine caused the alteration of the flavour perception. A video showing the experiment can be accessed through BBC News Magazine, or from youtube like the one below:

The next time you encounter a piece of food that seems unappetizing for some reason, take a minute to process the visual image of the food and ask yourself: Is this food actually bad or is it just my eyes tasting it through visual perception?