Stephen Hawking and the ALS disease 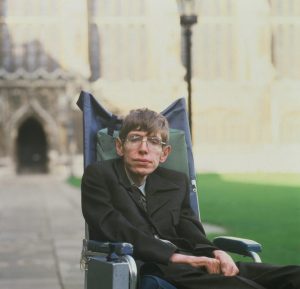 Less than a week ago, beloved cosmologist and theoretical physicist Stephen Hawking, science’s brightest star, died at the age of 76 in the morning on Mar.14. His brilliance and persistence has inspired people around the world. People who are not specialist in physics may have not heard of his four laws of black hole mechanics or the Hawking radiation, but often have heard of his courageous story and lifelong battle with the amyotrophic lateral sclerosis disease (ALS).

While studying at Oxford, the young Stephen Hawking was diagnosed with ALS – a disease that causes death of neurons and gradually paralyses voluntary muscles – at the age of 21, in 1963. The doctor gave him a life expectancy of less than three years, but Stephen Hawking have defied the odds and coped with the daunting disease for over half a century. He spent 30 years as mathematics professors at the University of Cambridge, published the world-renowned The Universe in a Nutshell and A Briefer History of Time, which introduced cutting edge findings in theoretical physics to millions of readers. While Lou Gehrig and other people that suffer from ALS usually succumb in less than ten years, why has Hawking beat the odds and lived with the formidable disease? 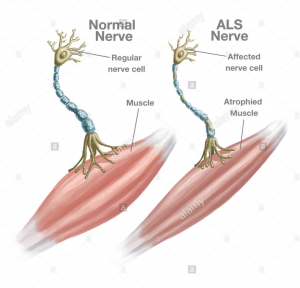 Amyotrophic lateral sclerosis is a highly variable disorder and can be classified a few different ways: by where the motor neuron is first affected, and by how fast the disease progresses. Hawking was an outlier, the neurons that control the diaphragm and swallowing muscle are not severely deteriorated, that means breathing muscle functions properly, malnutrition and dehydration which are often found in other cases would not be seen on Hawking.

The disorder progression also tends to be slower in people with onset at less than 40 years old, the reason behind this remains unknown. Hawking’s case is very similar to juvenile amyotrophic lateral sclerosis, which progresses very slowly and have a life expectancy of more than 30 years. And like his mind, Hawking’s illness seems to be singular. Hawking’s longevity is partly due to the excellent care that he received, and more importantly – the biology of his form of the neurodegenerative disease. Stephen Hawking’s case is a unique example of the variability of the disease, he not only gives hope to patient who also suffer from the ALS disease, but also inspires millions for his determination to fight against the odds.

Stephen Hawking’s contribution to physics and cosmology will live in the annals of science forever.