BC teachers want to regulate private interests in public education

Delegates at the recent annual general meeeting of the BC Teachers’ Federation have voted to call on the provincial government to establish conflict-of-interest regulations governing school districts dealings with corporations.

Private businesses are seeking to profit from public education, and using increasingly sophisticated and aggressive schemes to market technology, textbooks, learning resources and many other products,” said Susan Lambert, past-president of the BCTF.

“It’s high time we had consistent and clear guidelines to protect the public interest.”

After more than a decade of chronic underfunding, schools, parents and teachers face mounting pressure to raise funds through private means to meet the needs of students across the province. Delegates voted to have the BCTF gather information on the extent of funding coming from corporate sponsorships and donations, Parent Advisory Committee fundraising and teachers’ personal donations.

“We believe it’s vitally important for British Columbians to understand the extent to which parents and teachers are subsidizing the public education system, and how hard individuals are working to bridge the gap between the needs in schools and the funding provided by government,” said Lambert. “Our study will document that.”

Posted in BC Education, Unions

With their extensive Better Schools for BC campaign, the BCTF has placed education front and centre in the 2013 BC election. “BC teachers are worried that, after a decade of underfunding, our students are being short-changed. The latest numbers from Statistics Canada tell a story of the growing gap between education funding in BC and the rest of Canada. Teachers have a plan to build better schools for BC.” 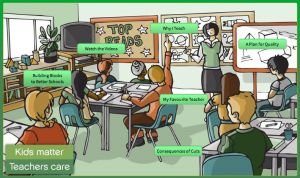 “After a decade of government cuts to education, too many BC students are struggling. We need to change that. This election in May, let’s vote for better schools — with smaller classes, more one-on-one time, and help when students need it.” 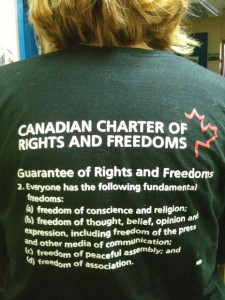 In their overview of qualitative interviewing (QI) as research methodology, Kvale & Brinkmann (2009) insist “…knowledge is power. The social practice of research interviewing may become a form of democratic practice that can be used to help create a free democratic society.” With this generalized goal in mind, I initiated an interview-based research inquiry into education policy in British Columbia. Beginning with the question: What desires are privileged by education policy in BC?, I solicited the participation of a well-established policy maker/ analyst and organized a series of questions that were designed to elicit a rudimentary outline of education policy in BC as a field of power. Phrased more succinctly, I used targeted questions to map the winners and losers within BC’s education policy-making arena. …