Teaching and the ideology of neutrality

This week, in my course on secondary social studies curriculum, we discussed various ideological stances toward curriculum. Predictably, the issue of “neutrality” in social studies teaching came up.

Indeed, my students reported that as part of their professional preparation in the UBC B.Ed. program they have been repeatedly told that teachers should always strive for neutrality in their classrooms, I disagree.

Teaching (and curriculum) cannot be separated from politics. And, adopting the ideology of neutrality is to surrender agency and professionalism as a classroom teacher.

The ideology of neutrality is based upon theories of knowledge and conceptions of democracy that constrain rather than widen civic participation and has consequences that include passive, rather than active, learning; representation of democratic citizenship as a spectator project; and ultimately the maintenance of status quo inequalities in society.

Below is an excerpt from a recent paper I wrote with Kevin D. Vinson that takes up the issue.

Ideology of Neutrality, or What Exactly Are We Protecting Students From?

… Educators often eschew openly political or ideological agendas for teaching and schools as inappropriate or “unprofessional.” The question, however, is not whether to allow political discourse in schools or to encourage particular social visions in the classroom, but rather what kind of social visions will be taught?

There is a misguided and unfortunate tendency in our society to believe that activities that strengthen or maintain the status quo are neutral or at least non-political, while activities that critique or challenge the status quo are “political” and inappropriate. For example, for a company to advertise its product as a good thing, something consumers should buy, is not viewed as a political act. But, if a consumer group takes out an advertisement charging that the company’s product is not good, perhaps even harmful, this is often understood as political action.

This type of thinking permeates our society, particularly when it comes to schooling and teaching. “Stick to the facts.” “Guard against bias.” “Maintain neutrality.” These are admonitions or goals expressed by some teachers when asked to identify the keys to successful teaching. Many of these same teachers (and teacher educators) conceive of their roles as designing and teaching courses to ensure that students are prepared to function non-disruptively in society as it exists. This is thought to be a desirable goal, in part, because it strengthens the status quo and is seen as being an “unbiased” or “neutral” position. Many of these same teachers view their work in school as apolitical, a matter of effectively covering the curriculum, imparting academic skills, and preparing students for whatever high-stakes tests they might face. Often these teachers have attended teacher education programs designed to ensure that they were prepared to adapt to the status quo in schools.

Anyone who has paid attention to the debates on curriculum and school reform knows that schooling is a decidedly political enterprise (DeLeon & Ross, 2010; Mathison & Ross, 2008a; Mathison & Ross, 2008b; Ross & Gibson, 2007; Ross & Marker, 2005a, 2005b, 2005c). The question in teaching (as well as teacher education and school reform) is not whether to allow political discourse in schools or whether to advocate or not, but the nature and extent of political discourse and advocacy. “The question is not whether to encourage a particular social vision in the classroom but what kind of social vision it will be” (Teitelbaum, 1998, p. 32).

It is widely believed that neutrality, objectivity, and unbiasedness are largely the same thing and always good when it comes to schools and teaching. But, consider the following. Neutrality is a political category—that is—not supporting any factions in a dispute. Holding a neutral stance in a conflict is no more likely to ensure rightness or objectivity than any other and may be a sign of ignorance of the issues. Michael Scriven (1991) puts it this way: “Being neutral is often a sign of error in a given dispute and can be a sign of bias; more often it is a sign of ignorance, sometimes of culpable or disabling ignorance” (p. 68). Demanding neutrality of schools and teachers comes at a cost. As Scriven points out there are “clearly situations in which one wants to say that being neutral is a sign of bias” (p. 67). For example, being neutral in the debate on the occurrence of the Holocaust; a debate on atomic theory with Christian Scientists; or a debate with fundamentalist Christians over the origins of life and evolution. To rephrase Scriven, it seems better not to require that schools include only neutral teachers at the cost of including ignoramuses or cowards and getting superficial teaching and curriculum.

Absence of bias is not absence of convictions in an area, thus neutrality is not objectivity. To be objective is to be unbiased or unprejudiced. People are often misled to think that anyone who comes into a discussion with strong views about an issue cannot be unprejudiced. The key question, however, is whether and how the views are justified (e.g., Scriven, 1994).

“A knowledge claim gains objectivity…to the degree that it is the product of exposure to the fullest range of criticisms and perspectives” (Anderson, 1995, p. 198). Or as John Dewey (1910) argued, thoughts and beliefs that depend upon authority (e.g., tradition, instruction, imitation) and are not based on a survey of evidence are prejudices, prejudgments. Thus, achieving objectivity in teaching and the curriculum requires that we take seriously alternative perspectives and criticisms of any particular knowledge claim. How is it possible to have or strive for objectivity in schools where political discourse is circumscribed and neutrality is demanded? Achieving pedagogical objectivity is no easy task. The objective teacher considers the most persuasive arguments for different points of view on a given issue; demonstrates evenhandedness; focuses on positions that are supported by evidence, etc.

This kind of approach is not easy, and often requires significant quantities of time, discipline, and imagination. In this light, it is not surprising that objectivity is sometimes regarded as impossible, particularly with contemporary social issues in which the subject matter is often controversial and seemingly more open to multiple perspectives than in the natural sciences. However, to borrow a phrase from Karl Popper, objectivity in teaching can be considered a “regulative principle,” something toward which one should strive but which one can never attain. (Corngold & Waddington, 2006, p. 6)

The “ideology of neutrality” that dominates current thought and practices in schools (and in teacher education) is sustained by theories of knowledge and conceptions of democracy that constrain rather than widen civic participation in our society and functions to obscure political and ideological consequences of so-called “neutral” schooling, teaching, and curriculum. These consequences include conceptions of the learner as passive; democratic citizenship as a spectator project; and ultimately the maintenance of status quo inequalities in society.

For more on this issue, you may want to read this piece: “Redrawing the Lines: The Case Against Traditional Social Studies Instruction.”

In my contribution I will use the word ‘school’ to refer to a specific pedagogic form i.e. a concrete way (including architecture, practices, technologies, pedagogical figures) to gather people and things (arranging their company and presence) so that, on the one hand, it allows for people to experience themselves as being able to take care of things, and, at the same time and on the other hand, to be exposed to something outside of themselves (the common world). It is a very specific combination of taking distance and (allowing for) re-attachment. As a consequence, the term ‘school’ is not used (as is very often the case) for so-called normalizing institutions or machineries of reproduction in the hands of the cultural or economic elites. There is reproduction and normalizing, of course, but then the school does not (or does no longer) function as a pedagogic form.

Put differently: schools are particular ways to deal with the new generations and to take care of the common world that is disclosed for them. If education is the response of a society to the arrival of newcomers, as Hannah Arendt formulates it, and if schools are particular ways of doing this, ways that are different from initiation and socialization, ways that offer the new generations the possibility for renewal and the opportunity of making its own future, i.e. a future that is not imposed or defined (destined) by the older one, ways that imply to accept to be slowed down (in order to find, or even, make a destiny), ways that accept that education is about the common world (and not individual resources), then we could state that the actual ‘learning policies’ of the different nation states as well as of international bodies are in fact threatening the very existence of schools (including school teachers). 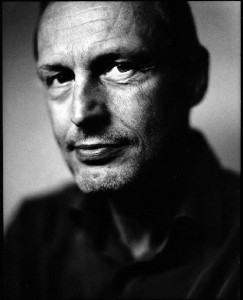 is head of the Laboratory for Education and Society, and of the research group Education, Culture and Society at the Katholieke Universiteit Leuven (Belgium). His research concerns the public and societal role of education and schooling, the role of the university, the changing experiences of time and space in the age of the network, the educational meaning of cinema and camera, the architecture of schools and architecture of the learning environment, a pedagogy of attention, the notion of ‘pedagogy’, the pedagogical role of teachers and social workers. His book, In Defense of School (with Maarten Simons) is available at http://goo.gl/NN4XeD.