Medieval Japan’s Unique Interpretation of Monastic Discipline and the Precepts

Medieval Japanese Buddhism was dominated by the Tendai School, but Tendai monks often were not celibate, drank alcohol, and ate meat, behaviors that were strikingly different from their Chinese and Korean counterparts.  In this lecture, Professor Groner, a world authority on Japanese Tendai Buddhism and East Asian vinaya (Buddhist precepts) traditions, will look at some of the doctrinal defenses Japanese monks used for these striking differences.  Although some may simply attribute such differences to a degenerate view of Buddhism, many Tendai monks sought to define their status as serious Buddhists.  The lecture will conclude by investigating some of the doctrinal justifications for such behaviors as killing. 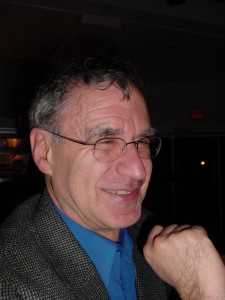 Paul Groner, Professor Emeritus, University of Virginia, and Shinnyo-en Visiting Professor in the Robert H. N. Ho Family Foundation Center for Buddhist Studies at Stanford (the spring of 2016), received his Ph.D. from Yale University and spent most of his career teaching at the University of Virginia.  His research has focused on the medieval Tendai School.  Among the topics he investigated were the bodhisattva precepts and ordinations, the early history of Japanese nuns, Buddhist educational systems, and the correspondence between Chinese Tiantai and Japanese Tendai monks.