• Actually do the assigned reading before class

• Take notes while you read.

• Buy a physical copy of the books you’re assigned. They typically cost less than $10

• Bring the book or print out the reading to bring to class so you can refer to it during discussion. You can bring a digital version.

• Do the extra reading on the genre, the author, what society was like and what world events were occurring when the piece was written.

• Speak in your discussion section 1) you get participation marks. 2) you force yourself to organize and vocalize your thoughts. 3) your TA will learn that you’re alive.

• Your professor will often not write or present any notes but you should take notes on what is being discussed.

• Take notes on good points that your classmates bring up.

• Choose a final paper topic that looks least boring to you. I know you think all the topics are awful but it gets better once you start refining your idea.

• Talk to your professor at office hours if you have questions.

• Take notes in a notebook. I started the class taking notes on my CHIRP but realized that a notebook was easier to flip through.

• Buy the newest CHIRP (the custom textbook sold by the Undergraduate Chemistry society).

• Pro tip: buy an undergraduate chemistry society membership to get a discount on your lab goggles and lab coat.

• don’t do all the questions in the CHIRP. They’re not worth your time.

• Do the practice midterms.

• Don’t do the extremely old practice exams because the exam format has changed.

• If your learning style doesn’t click with your professor, sit in on another professor’s lectures whose teaching style suits you better.

• If you’re having trouble understanding from CHIRP, use online resources.

because you’re not allowed to use any other calculator on the midterms or final.

• Do your pre lab at least the night before. The stress of doing the pre lab a hour before it is due is not fun

• Listen carefully to your TA’s suggestions on how to do your lab report.
• ERASABLE PENS ARE YOUR BEST FRIEND. I wish someone told me to use them so I didn’t have to awkwardly cross things out. Chem labs are pen only so if you make mistakes, you’re not allowed to use whiteout. Game over friends.

• On that note, you must use black or blue pen. I love colourful pens but pink or orange or purple pens do not belong here.
I personnally used Pilot 0.5 mm

but any erasable pens will do

END_OF_DOCUMENT_TOKEN_TO_BE_REPLACED 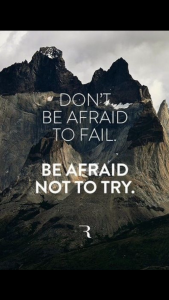