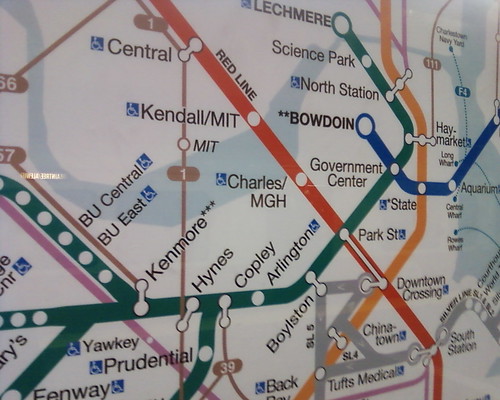 Hypertext allows readers to interact with text in a non-linear fashion.  This interaction requires additional skills for success beyond those required for linear print text, including visual-spatial skills to track link structures and maintain orientation within the hypertext document.  Research supports hierarchical link structures and content maps as supports for those facing difficulty in processing information and structures of hypertext documents.

The move from scroll to codex afforded more opportunity for non-linear expression, however aside from reference items, most published materials continued to present information in a largely linear fashion.  Information in pages is more easily accessed randomly than information in scrolls, but pages still follow each other in a sequential manner. The introduction of hypertext not only affords the opportunity, but creates an environment which requires a non-linear approach, both from the reader and the writer, if used in its intended manner.

This non-linear approach can be challenging to certain readers depending upon their familiarity, ability and personal reading styles.  For those coming from a background with a heavier concentration of printed material, orientation cues are often provided by the reader’s location within the text.  For example, physical proximity to the beginning of the text informs the reader that they may encounter introductory characteristics in the writing.  These orientation cues are absent in hypertext.

Certain skills are necessary to become successful at reading in general.  Fluency and connections to content ideas are prerequisites for success with linear text and are equally important in reading hypertext.  However, hypertext may require additional skills for success, in particular strong visual-spatial skills to compensate for non-linearity and absent orientation cues.

Lessened skill levels can cause cognitive overload which in turn can lead to disorientation within the hypertext.   Disorientation occurs when the sense of location and direction is lost in a non-linear document system.  (Conklin, 1987)   The reader does not know where they are within the document, and does not know where to proceed to as a next step.

Therefore, web content creators face dual challenges in meeting their readers’ needs; the pre-existing need of written material to include content relevant to the reader, but also the challenge in presentation, in order to ensure their information is being properly conveyed.

Hypertext documents contain nodes of information which are connected by links, which transport the reader between the nodes.  Two separate varieties of document structures have been identified in hypertext documents.  Hierarchical structures organize information and allow links only between nodes which are organizationally above or below each other.  Networked structures create links between referenced nodes, thereby allowing any node to link to any other conceptually connected node.

Wenger and Payne (1996) conducted research which attempted to discern processes which were traditionally predictive of reading performance and those which would link spatial ability with performance with hypertext.  Working memory, word information retrieval and choice reaction tasks were used as general performance measures.  A letter matching task, as well as a bar chart comparison task, were used as measures of spatial ability.   The relationships between information processing measures and hypertext reading were similar to those relationships with normal printed text.  Relational processing such as spatial information processing were the critical component to reading hypertext. (Wenger & Payne, 1996)

Aside from hypertext, lack of orientation cues also effect readers’ abilities to read plain text on a computer screen.  Readers are shown to be 10-30% slower in reading plain text from computer screens compared to paper.   (Kurniawan & Zaphiris, 2001)   Text on screens is more difficult to use.  Kurniawan and Zaphiris (2001) hypothesize that inability of readers to track location on a screen causes them to re-read sections, effecting speed and processing.  Familiarity with technology was not shown to be a factor as research between hypertext processing and prior web surfing and history of technology use showed no significant correlation. (McEneany, 2003)

To deal with disorientation, readers create link structures mentally while browsing and following links.  However, their ability to create this structure is limited by the degree to which they can delegate resources to this task, which is secondary to their primary concern of gathering information.

Rouet, Voros, & Pleh (2011) conducted a study using 4 versions of a hypertext document which paired 9 or 12 pages of content with or without content maps.  The versions with content maps represented the hierarchical structure.  Subjects were then tested for content recognition, layout recall and overall visual-spatial ability.   Readers in the lower visual-spatial group scored lower in their ability to track link structure; they required greater effort and resources to create these mental structures.  Limited resources caused them to lose track of orientation while navigating through documents. However, content memory was similar between the high and low visual spatial groups. (Rouet et al., 2011)  The primary goal of information gathering was preserved at the expense of orientation.

Similarly, readers with low prior knowledge of hypertext content would expend greater effort in gathering and processing new information, leaving less available to track link structures.  Hierarchical structures, with organized linking of nodes caused less disorientation for readers with less prior knowledge.  Accordingly, with the lessened burden of creating the mental structures, larger knowledge gains were made with these readers using the organized hierarchical structure.  (Amadieu, Paas, Tricot, & Marine, 2009)

Interestingly, there was no converse benefit to network structures for those readers with high previous knowledge of the content.  Rather, document structure had no effect on their performance.  (Amadieu et al., 2009)

Relationships have been suggested between spatial ability and criteria such as age and gender.  Studies have shown a negative correlation between age and spatial ability. (Oosterman, Morel, Meijer, Buvens, Kessels, & Postma, 2011)  As such, the aged perform more effectively when using hypertext documents with an hierarchical structure. (Lin, 2003)

A content map can alleviate the burden of creating the mental link structure for a hypertext document.  Content maps are visual representations of content included in the hypertext document.  Rouet et al., (2009) investigated the effects of content maps on readers’ memories of hypertext structures.  Using 6 and 9 node documents with or without content maps, they found that the content map acts effectively as external visual-spatial memory, eliminating the processing difference between high and low spatial memory readers. (Rouet et al., 2012)  This allows readers to organize structure prior to reading and lessens the need for spatial processing ability.

Use of overview sections is a strategy used to by expert computer users and those with high orientation ability, leading to high performance outcomes when processing hypertext documents.  (Calcaterra, Antonietti, & Underwood, 2005)

In the fields of higher education, we can strive for more knowledge driven pursuits as content can be created and discovered by students.  However, in more elementary fields of education, the information required becomes more purpose specific.  Elementary does not refer only to primary grades, but to any course which deals with the elemental aspects of subject material.  Any foundational learning which covers particular facts, curriculum or concepts will be purpose specific, where students must acquire a distinct parcel of information before moving on.

Particularly in these fields, a hierarchical structure to hypertext documents would be beneficial at best and neutral at worst.  Organization of nodes would assist those with low visual-spatial ability and allow those with low levels of prior knowledge to concentrate on the material at hand.

Content maps would likewise free mental resources to concentrate on the content rather than the structure of the hypertext document.

Hypertext allows for non-linear thought.  In doing so, it creates an additional concern for the writer as to the level of organization required in effectively delivering content to their intended audience.