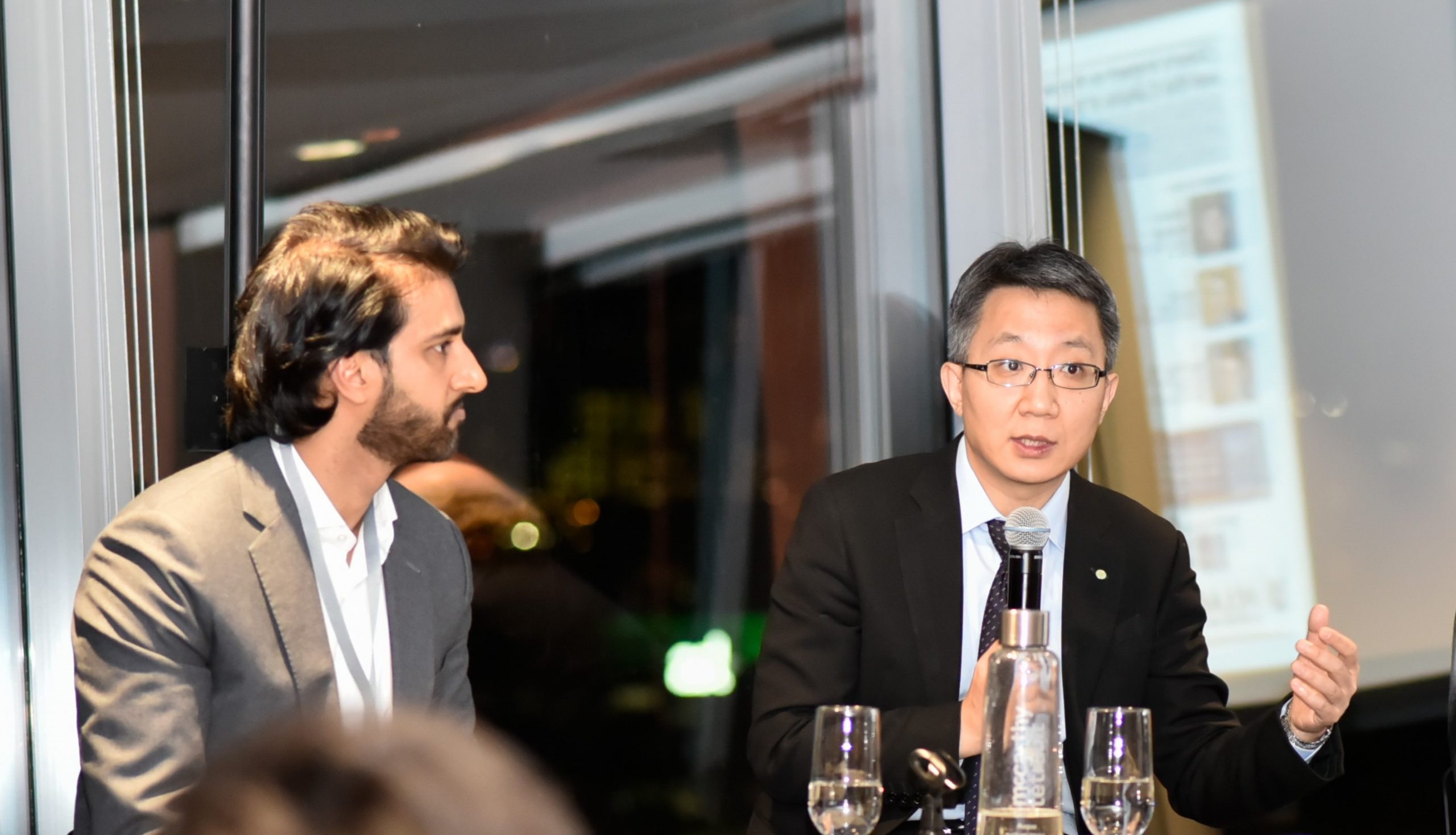 Professor Li Guo from Peking University Law School was joined by students and faculty at the Peter A. Allard School of Law on January 13th, 2020 for a talk on shadow banking in China. The talk focused on risk mitigation and regulatory response to shadow banking in the Chinese market.

At the beginning of his engaging hour-long talk, Professor Guo provided the audience with a definition of shadow banking: a system conducting credit intermediation outside regular banking mechanisms. Essential to shadow banking is credit, maturity and liquidity transformation. In China, shadow banking practices largely fit into this concept, but also display some unique features.

Who use the shadow banking system in China?

Most commercial banks are operated by the state in China and act to implement the Chinese government’s credit policy, which differs from industry to industry. The real estate development industry, for example, is subject to one of the most restrictive policies. Real estate developers often cannot borrow enough from traditional banks and thus turn to shadow banks.

The hybrid sector refers to all non-state and non-listed companies in China, including privately or individually owned firms and firms partially owned by local governments. In China, it is hard for the hybrid sector to get support from banks, driving them towards the shadow banking system.

Who provide funding in the shadow banking system?

In the shadow banking system, money that ultimately supports credit intermediation is gathered through wealth management products (WMPs). According to Professor Guo, Chinese shadow banking institutions “have been intertwined into a complex whole and have achieved credit intermediation usually through WMPs, often using the problematic asset-pool model.”

Traditionally, WMPs are offered by banks or other financial institutions. By contrast, WMPs issued by P2Ps or third-party wealth management companies represent a fairly new product of informal financing in the private sector, which had been illegally offered by micro-loan companies, guarantee companies and underground banks.

For both bank and P2P WMPs, credit intermediation involving asset pools (zi jin chi 资金池) presents the most controversial issue. An asset pool enables credit transformation: as WMPs are not linked to one or more specific assets, their repayment relies on the overall arrangement of the pool. The credit risk of an individual ultimate debtor may be negligible if the asset pool is big enough. Professor Guo brought the audience’s attention to the illusion that exists among many Chinese investors that WMPs never fail. WMP investments are not clearly disclosed to investors, but credit assets or loans make up most of them. The period during which WMPs are linked to such assets is usually short, and most WMPs mature within three months. Thus, banks need to rollover WMPs. To cope with the redemption when each WMP matures and to ensure that banks rollover WMPs successfully, the asset pool must have a certain percentage of liquid assets, including money market tools, commercial papers and bonds.

When the market is down, there could be trouble to this asset pool-model. In particular, the asset pool of P2P lending marketplaces is often riskier than that of their traditional bank counterparts. Most P2P lending marketplaces claim that money collected through WMPs goes directly to the accounts of borrowers; there is no room for P2P lending marketplaces to manage the liquidity risks. According to Professor Guo, many P2P lending platforms in China are stepping on the edge of illegal fundraising, as their business model turned from giving information on lenders and borrower and matching them to gathering money themselves before lending it out.

Professor Guo describes the regulations targeting shadow banking in China as “a gaming evolution.” On the one hand, regulators fix loopholes, level the playing field and limit regulatory arbitrage. On the other hand, industry often outsmart the regulators in a cat and mouse game: they either invent ways to circumvent existing regulations, or comply with the regulations in form rather than in substance.

The official reaction to the shadow banking system came with the Notice on Enhancing the Regulation of the Shadow Banking System (known as Document No. 107), issued by the general office of the State Council around the beginning of 2014. (According to Professor Guo, the document is considered as an informal policy document (xingzheng guifanxing wenjian 行政规范性文件). In theory, the legally binding effect of such documents is debatable, but in practice, they often serve as new regulations and are enforced accordingly.) Document No. 107 acknowledges that shadow banking is a beneficial supplement to the regular banking system, and its purpose is to provide further guidance for a healthy development of the financial sector.

Regulating the shadow banking system is an ongoing process in China. Among other measures, in 2018, China released more detailed and strengthened rules on WMPs, which Professor Guo sees as a good move of the Chinese government to fence off financial risks. Moreover, Professor Guo observed progress in these regulatory development, including incremental reform within the country’s financial sector, as well as regulatory approaches adopting a functional rather than an institutional perspective.

“Shadow banking can be considered to reflect the Chinese financial system as a whole,” said Professor Guo.

The talk was followed by an active half-hour question and answer session.