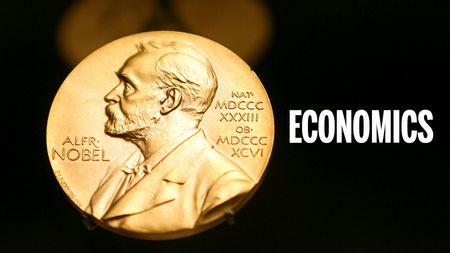 Last April at the Vancouver School of Economics, Jonathan Weigel from the London School of Economics presented a paper that forms a part of a series of papers on tax collection, tax compliance, and political participation in the Democratic Republic of Congo. The paper, “Building State and Citizen: How Tax Collection in Congo Engenders Citizen Engagement with the State,” is, like other papers in the series, based on an elaborately designed randomized controlled trial (RCT), a method of empirical economic research that just won three of its original proponents the 2019 Economics Nobel Prize. The RCT described by the paper has a clockwork-like beauty: it has so many components, each delivering precise formulations about what might have motivated real-world individuals to act. The results, mostly about how increased tax collection led to greater citizen engagement in politics, are also intriguing and even surprising. We will describe some of these results, but we also want to direct readers’ attention to one piece of the big picture that’s easy to miss.

The capacity for collecting taxes has been portrayed by political economists as among the most fundamental aspects of modern state capacity, and scholars have offered a large amount of compelling evidence that states’ capacity to provide law and order as well as other public goods is vitally important for economic development. Weigel describes Congo as a country with very low capacity for tax collection. In his study, a randomized property tax collection campaign was launched across 431 neighborhoods in Kananga, Congo in 2016. Prior to the collection campaign, the level of compliance with the tax in question was essentially zero. In the RCT, 253 randomly selected neighborhoods received the following “treatment”: tax collectors went door-to-door collecting taxes. The remaining neighborhoods (control group) stayed in the old declarative system where citizens pay at the bank themselves.

What was the outcome of the campaign? First, it raised property tax compliance from 0.1% (observed in the control group) to 10.3% (observed in the treatment group). That surely is an increase, but it means that even when showing up at the door, tax collectors came away empty-handed 90% of the time! Certain groups of people (e.g. wealthy, male, educated and employed) were more likely to comply, but such greater likelihood seemed only statistically—not economically—significant. According to Weigel, the program did not even appear to increase bribes to tax collectors (was it because they were so hapless?) It’s hard to imagine how this can be anything but a thoroughly demoralizing experience for the tax collectors.

This was not the focus of Weigel’s study, however. Instead, in the second stage of his RCT, Kananga citizens were given the opportunity to attend town hall meetings in which taxation and public spending were discussed, and to submit anonymous evaluations of the government, the content of which would be shared with the government. Weigel found that citizens from the treatment neighborhoods—those who had tax collectors knocking on their doors—were 5% more likely to demonstrate either or both types of political engagement (this represents a 28% increased likelihood relative to the control group). Interestingly, those individuals who refused to pay any tax to the tax collectors were just as likely to show up at the town hall meetings as those who actually paid. Moreover, the treatment effect is more pronounced in areas with less past exposure to state functions.

Weigel proposes that the best interpretation of these results is that the tax campaign sent a signal of state capacity that raised the expected benefits of participation. In a weak state setting, the fact that the government was able to administer a tax campaign increases citizens’ perception of state capacity. It is not tax payment that causes this increased demand for public goods, as the increase in participation was not specific to people who paid the tax but was also observed in people who evaded payment. The rest of Weigel’s paper was a careful and, to us at least, persuasive defense of this interpretation.

It is likely that economists will mostly focus on the strength of Weigel’s defense—the quality of his RCT clockwork, so to speak. However, it seems to us important not to neglect the first stage of Weigel’s results. Two remarks—beyond noting again the jaw-dropping fact that, 90% of the time, tax collector were just told to go away—seem worth making.

The first is that the tax capacity of the world’s rich countries today does not generally depend on knocking on taxpayer’s doors. Business firms remit most of the tax revenue directly to the government—whether in the form of business taxes like the corporate income tax or VAT, or in the form of withholding on wage and financial payments to individuals. Indeed, there is evidence that what distinguishes modern tax systems is a switch from property taxes and tariffs that are directly collected by tax collectors to taxes remitted by business firms. So when we describe tax capacity in the Congo and compare it with “state capacity” studied elsewhere (and in other time periods), we are comparing outcomes, i.e. how much tax is collected, not mechanisms, i.e. how tax is collected. (We simply don’t know what the result would be if Canadian Revenue Agency employees went door-to-door to collect taxes in Canada.)

The second is that it is possible for state capacity to take the form of door-to-door tax collection. Tax collection in China, in particular, has a door-to-door quality. Tax collectors routinely visit taxpayers, and tax bureau offices where payments can be made are always nearby. In contrast to the discouraging outcomes in the Congo, however, Chinese tax administrators across China have reported (for two decades) rates of timely filing of tax returns of over 90%, and similarly high rates of timely tax payments. Imagine dialing up the compliance rate in Kananga from 10% to 99%! It seems that such result certainly would indicate an enhancement of state capacity. If door-to-door tax collection is the kind of state capacity countries like the Congo want to invest in, China would be the most relevant model.

This observation applies not only to Weigel’s study but also to many other prominent RCTs conducted in developing countries in recent years.  For example, Adnan Khan, Asim Khwaja and Benjamin Olken published important papers on RCTs applied to Pakistani property tax collectors, showing that performance pay and bureaucratic rotations can both generate significant incentives for tax collection. The authors identify these policy interventions as ways of improving state capacity in developing countries. But think about what mechanisms of state capacity are involved. Is the ultimate goal to build tax systems like those in OECD countries where large businesses remit the bulk of taxes, or is it to make tax inspectors more successful in bargaining for tax revenue during in-person visits?

As far as we can tell, this question is rarely considered, and the possibility that the latter answer better fits the nature of the actual RCTs has gone unrecognized.