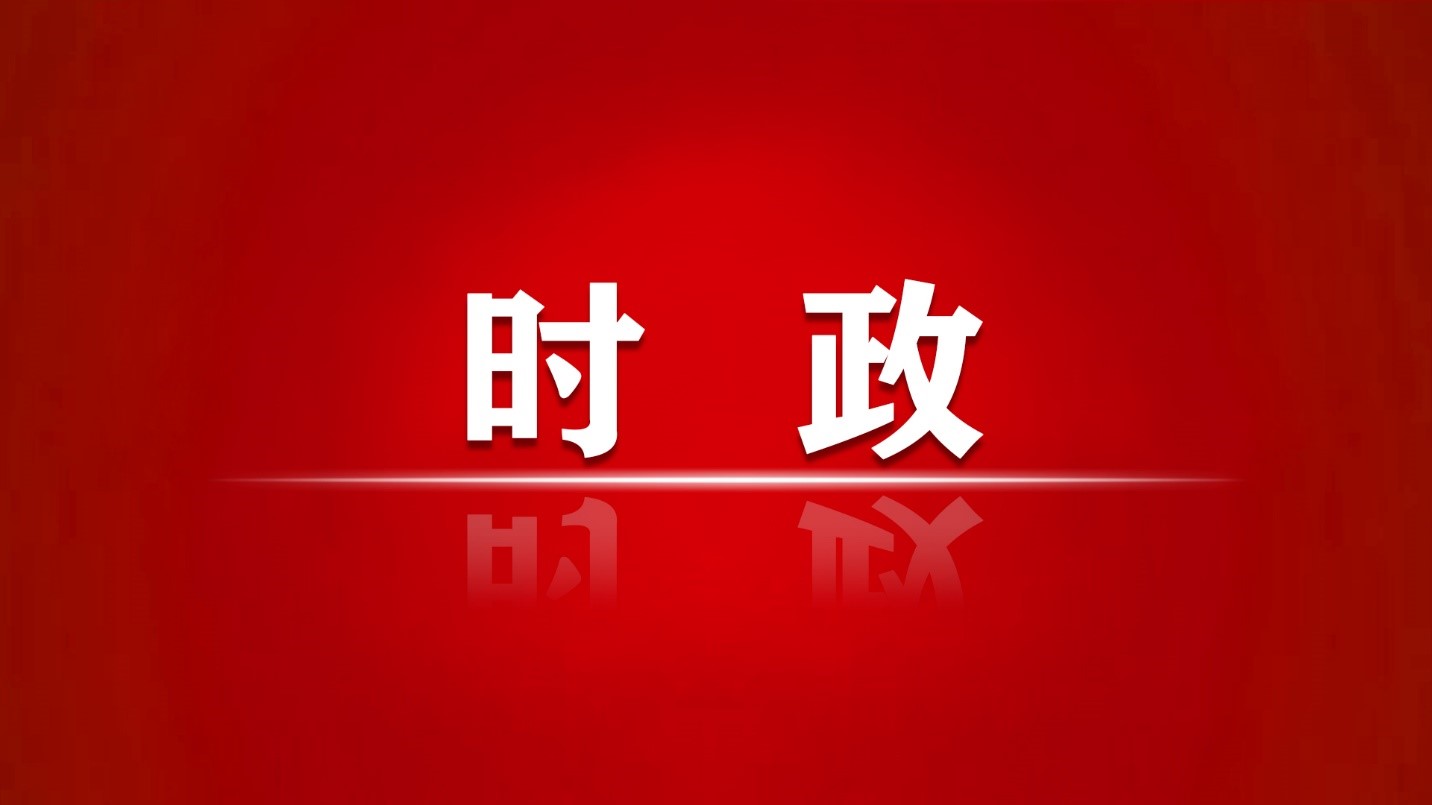 On December 30, 2020, Chinese President Xi Jinping convened a meeting of one of the most important decision-making bodies currently in the Chinese Communist Party: the Central Committee for Comprehensively Deepening Reforms. Xi gave a strongly ideological speech: in summarizing a report that offered a comprehensive evaluation of the Party’s measures for “deepening comprehensive reforms” since 2013, he claimed “historical” and “revolutionary” accomplishments for his leadership. The meeting also approved a slate of new policy directives, covering many high-salience topics ranging from strengthening Party leadership in state-owned enterprises to building a green, low-carbon economy. Among the new directives approved was a document named “Opinions regarding Further Optimizing Tax Enforcement Methods.” This new edict about tax administration—a topic that normally does not grab media attention—was immediately lauded as the most newsworthy item in Chinese taxation in 2020.

With the world in turmoil, why is President Xi Jinping thinking about tax administration now? One might have tried to look for an answer in the Party edict itself. But like many other recently issued, top Party leadership decisions that are supposed to represent important policy recommendations—and be the subjects of diligent study by Party members—the December “Opinions” on optimizing tax administration are nowhere to be found. It is unclear that the document will ever come to the public light. Thus, even when senior government officials stress the importance of Xi’s new take on tax administration and elaborate its implications, they cannot reveal what exactly it says. Instead, they merely repeat the official media’s summary of the “Opinions.” According to this summary, Mr. Xi would like tax enforcement to be more “precise,” taxpayer services to be more “attentive,” and tax administration to be more “sincere and collaborative.” Compliance and taxpayer satisfaction should both substantially increase, while compliance and administrative costs “notably reduced.” Tax administration, according to Mr. Xi’s vision, should play a fundamental role in the country’s governance.

What does this all mean? We know that tax administration had in fact been on Xi’s mind for several years already: in March 2019, China’s State Tax Administration (STA) cited “important instructions and comments” from Xi on “optimizing tax enforcement,” in an internal document circulated to tax administrators around the country. Judging from the trajectory of Chinese tax policy in the last few years, two explanations about what motivates Mr. Xi are likely relevant.

First, a signature policy Mr. Xi has pursued is the delivery of big tax cuts to the Chinese economy. The tax cuts announced in the last few years are very wide-reaching—in Xi’s own terms, they are “inclusive”—and are available to both individuals and business taxpayers. Having decided on such an approach of reducing the private sector’s tax burden, it is understandable that China’s political leaders want to see results—in the forms of both economic growth and political popularity. And it is typical for leaders in China’s central government to see local governments and grassroots tax administrators as not completely reliable in implementing such policies. Unlike the central government, China’s local governments directly face budgetary pressures. They are thus perceived as potentially too interested in maximizing revenue to permit taxpayers to access the tax preferences announced by the central government. Tax administrators, in the meantime, naturally take greater pride in raising than in giving up revenue. In other words, Mr. Xi may fear a major principal-agent obstacle in the delivery of tax cuts. Bringing China’s tax administration under his firm discipline may seem to be a critical solution.

But a second explanation points to a different source of anxiety. During his reign so far, Mr. Xi has also championed major social spending programs. A widely-discussed project is the eradication of poverty by 2020. Pension and health insurance regimes that are funded by tax revenues instead of employer and employee contributions have also expanded. These large spending programs are crucial to Mr. Xi’s claim to legitimacy and his vision of a “well-off” society, but they are very costly. Sustaining these spending programs seems to be on a collision course with the goal of keeping tax cuts. The fiscal challenges that many local governments face seem so severe that there is evidence that the government has already begun to censor discussions of the topic. A few years ago, Mr. Xi’s main proposed solution appeared to be cutting waste within the government (most famously through anti-corruption campaigns). A newer solution now seems to be “precision” in tax administration: tax administrators should be able to offer tax cuts where they are required to, but also raise revenue when there is tax to be collected.

Is there room for such optimization in Chinese tax administration to achieve Mr. Xi’s wishes? My research in the last few years on Chinese tax administration—summarized in a book I am completing that will be published by Cambridge University Press—suggests that the prospect is not sanguine. There are several basic reasons for this conclusion. First, taxpayer services in China are already quite strong by international standards, and taxpayer satisfaction (based on official surveys) has been very high for many years. This is substantially the result of the fact that Chinese tax administration resources are distributed in a dense network of grassroots offices located in amazing proximity to taxpayers: one runs into tax offices in China more easily than one can find Canada Post offices in Canada. Consequently, Chinese taxpayers routinely rely on tax administrators to help them with tax compliance, leaving little to be done by accountants and tax return preparers. Chinese tax administrators have also rapidly adopted new technologies, such as smart phone apps, to facilitate taxpayer compliance in recent years.

Low compliance cost is not the only thing that reduces Chinese taxpayer complaints. Tax administrators also rarely impose penalties, removing a major source of antagonism in tax collection. Even when taxpayers are selected for audits, they are often given the chance to “self-inspect” first, and declare previously under-reported tax liabilities with no fines. Thus, at least by international standards, Chinese tax administrators already adopt a very “collaborative” approach to tax collection.

This is especially remarkable given that Chinese taxpayers are generally not perceived, even among themselves, as that compliant. Tax cheats are known to easily get away. Indeed, some scholars have produced evidence that tax incentives announced by the central government often do not perform well, because taxpayers are already successful at reducing taxes through evasion. That is to say, it may not be zealousness in tax collection, but the very tolerant approach taken towards non-compliance, that prevents the recent tax cuts from being more effective. There are thus reasons to think that if Chinese taxpayers complain—if the government believes that greater political popularity can be gained through tax cuts—it is not because taxpayers have been treated badly, but precisely because taxation is one thing that citizens are allowed to complain about.

Finally, precision in tax administration cannot simply be willed into being. A major cost of China’s decentralized tax administration is that it hinders specialization among frontline tax offices. Local tax administrators are asked to serve and monitor assigned taxpayers in comprehensive fashions, which makes it impossible for them to gain expertise on a subset of tasks. The STA has paid lip service to specialization for decades, with little to show for accomplishments. When tax administrators lack expertise, and when taxpayers invest little in compliance and rely instead on local tax administrators, it is unclear how compliance can avoid being a matter of just muddling through. Perhaps the government thinks that a path to precision lies in advances in information technology and more comprehensive databases, but this remains largely speculative.

China’s grassroots tax administrators will likely share these doubts about Xi’s new ideological explorations on tax administration as the foundation of governance. But they of course cannot express them. For the time being, the proposal to optimize tax administration will simply have to be repeated. Just as one can only pretend, without ever being sure, that some of the government officials eulogizing the proposal actually are lucky enough to have read the secret Party document, one is left to pretending that the proposal means something.