On February 5, 2020, two weeks into the national lockdown to stop the spread of the novel coronavirus epidemic that had broken out in Wuhan, President Xi Jinping convened a meeting in Beijing of the Comprehensively Governing the Country by Law Committee (CGCLC) of the Central Committee of the Chinese Communist Party (CCP). The publicized agenda of the meeting contained disparate items, ranging from reforming judicial accountability, further entrenching the rule of law in China’s countryside, to using rule of law to enhance the business environment in Shanghai. The first item on the meeting agenda, however, was the approval of a CGCLC Opinion with the lengthy title, “CGCLC Opinion regarding Preventing and Controlling COVID-19 by Law, and Tangibly Protecting the Lives, Health and Safety of the People” (《中央全面依法治国委员会关于依法防控新型冠状病毒感染肺炎疫情、切实保障人民群众生命健康安全的意见》). This Opinion was not made public and presumably, like many other CCP documents, was intended to be read only by the relevant members of the high Party ranks. At least according to the official summary of the meeting offered by the Xinhua News Agency, Xi Jinping only argued that the government response to COVID-19 should make good use of law: he gave particular emphasis to strictly enforcing existing law to preserve social order, without explaining why the law was particularly relevant at this moment in an evolving crisis.

Yet this obscure February 5 meeting triggered an extraordinary response from sub-national legislatures across China. Just within the next week, People’s Congresses in 17 provincial-level jurisdictions enacted local legislations that laid out detailed government and societal measures for responding to the COVID-19 public health crisis, while stipulating the related rights and obligations of citizens and private parties. By the end of the months, 23 provinces have enacted such legislation. Even more impressively, 62 prefectural jurisdictions across China took similar legislative steps, largely independent of legislation in their respective provinces and often before provincial legislation. All of these legislative actions rapidly advanced without any move on the part of the National People’s Congress (NPC), traditionally the most prominent lawmaking body in China. Figures 1 and 2 below illustrate the geographical distribution of these provincial and city legislative responses across China. 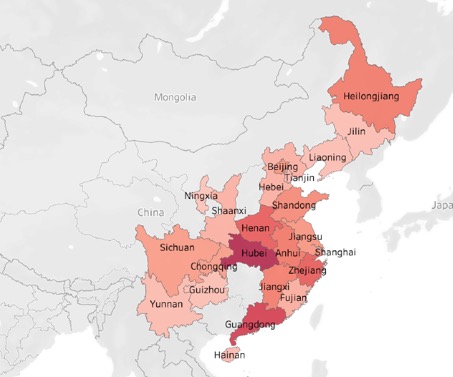 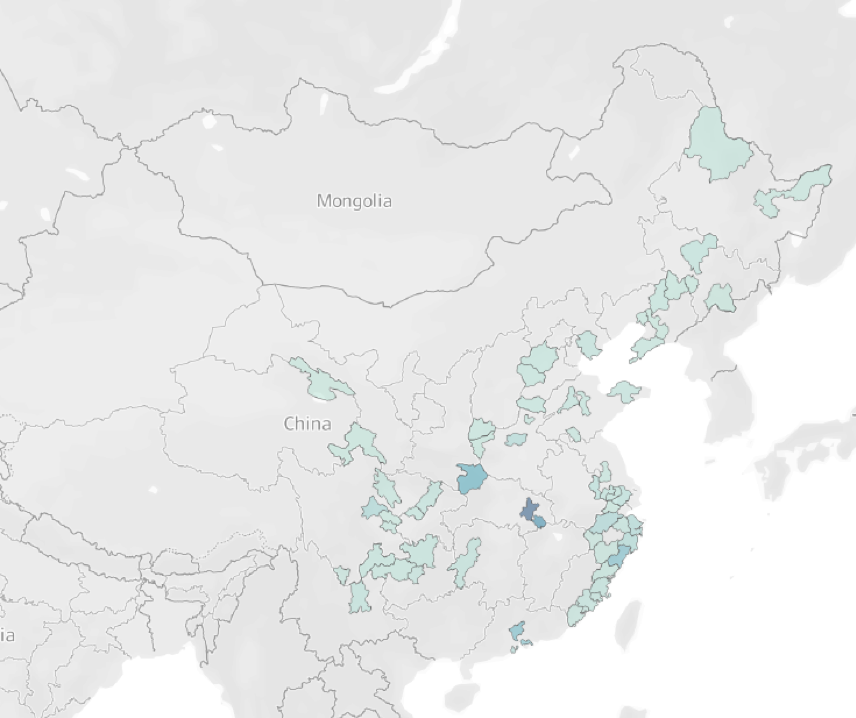 A reading of these subnational legislations reveals that there was clearly no blueprint or template for them. While the content of legislations adopted in difference provinces and cities displayed extensive overlaps—as one might expect for contemporaneous legislation that shared the same subject matter—the detailed drafting of the statutes substantially varied across jurisdictions, and there was a noticeable quantity of unique local policy elaborations. This, combined with the apparent absence of any national-level instruction (and especially in the absence of any NPC action), strongly suggests that the legislative outburst was not orchestrated or merely mechanically implementing some superior directive. Supporting this conclusion is also the fact that 8 out of 31 Chinese provinces, as well as 70 % of prefectural cities, did not enact local legislation. The decisions to adopt legislation appeared to be made independently by each jurisdiction.

First, like many other countries such as the U.S., Canada and Germany, the Chinese government’s response to the COVID-19 pandemic was decentralized. Other than a nationally organized effort to aid the province of Hubei (and the city of Wuhan in particular), the national government had a relatively small role to play in each province’s policy choices, whether regarding how to stop the spread of the coronavirus, or regarding how to pursue economic recovery. Post-pandemic policymaking in both the social and economic realms, therefore, is likely to be concentrated at the sub-national, and especially sub-provincial, level.

Second, because the response to COVID-19 is largely about mobilizing society—from social distancing and wearing masks to implementing safety measures in the workplace and sites of economic exchange—government policy especially needs to be public-facing. Enforcement by government agents is insufficient; the whole society needs to be mobilized to follow a set of changing rules and norms. The government needed to reach out to the public at this time more than any other, and legislatures can play a unique role in setting norms for the public for voluntary compliance in this way.

Third, for a number of institutional reasons, People’s Congresses give actors within the CCP a unique channel to speak to the public. This channel is unique both in the symbol of legitimacy it carries and in its ability to allow the Party to speak in an anonymous fashion: no particular political leader needed to associate him or herself with the legislatures’ announcements, while at the same time, arguably, legislative action can signal and declare political loyalty.

In a series of forthcoming blog entries, we will comment on some of the institutional backgrounds—many of which are unfamiliar to not only the public but even to legal communities—for understanding this wave of Chinese subnational COVID-19 legislation. We will also summarize some findings from our analysis of these legislative actions. Our investigation has two goals. The first is to identify features in the timing and format of local congressional actions, as well as potential interactions among them, that may be relevant to understanding their political motives. The second is to highlight those aspects of the provisions of COVID-19 local legislation that are likely to have substantial impacts in the short or medium term. Because the paths to vaccines and cures for COVID-19 and to economic recovery will take time to explore, and because lasting changes to economic and social institutions may occur as a result of the pandemic, our working assumption is that the legal framework set up by Chinese subnational governments in February-March 2020 will not soon be forgotten. We aim to identify new legal mechanisms of policymaking and implementation that is likely to be effective (or at least have an effect), and that is far less top-down than students of Chinese law are accustomed to.