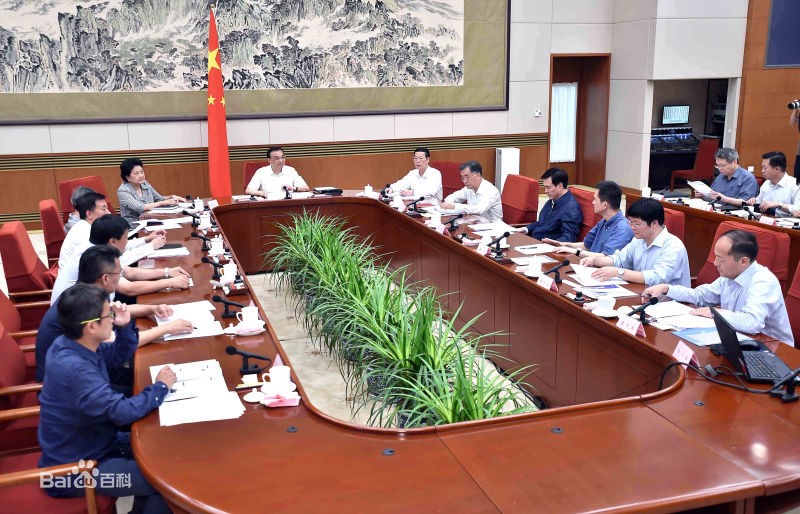 During the Thanksgiving long weekend, I participated—remotely by video—in the Michigan Conference on “China’s Legal Construction Program at 40 Years”.  This three-day conference gathered close to one hundred scholars, many of whom are highly active and prominent in the study of Chinese law. All sessions are also plenary, so each speaker gets the attention—in theory—from all participants. How is this possible? The answer: each speaker gets only 5 minutes!

Five minutes, I discovered, was not even enough for reading out aloud an 800-word blog entry. Thankfully, each of us also gets a discussant who closely reads our paper and highlights what’s of interest in it (sometimes even more effectively than the presenter). In my case, I was lucky to have Professor Rick Hills from NYU Law School as a commentator. His comments will definitely be leading to revisions of the paper, but I’ve posted the current draft of the paper to SSRN anyway (comments are welcome).

In my presentation, I highlighted three themes in the paper. The first theme is doctrinal: I try to bring greater clarity to our understanding of the use of informal “guidance documents” in Chinese governance. (When I say “our”, I mean scholars both inside and outside China.) Under Chinese administrative law, there is a clear distinction between guizhang, which are formal regulations adopted by executive branch entities, and guifanxing wenjian, which I translate as informal policy directives or IPDs. This distinction may sound quite familiar, but I suspect that most people—including even Chinese administrative law scholars—do not recognize that how rare formal regulations are. On average between 2000 and 2014, China’s national government adopted 24 administrative statutes (xingzheng fagui) and 140 ministerial regulations a year. For comparison, during the same period, Canada’s  federal government—in a much smaller country experiencing far less social change—enacted 500 regulations a year on average.

The rarity of regulations, ironically, may have contributed to a tendency to conflate between the two types of policy instruments: because virtually all of the important policy announcements we read in China are released as IPDs, people just assume that they are regulations! In my paper, I provide a ranking of Chinese national ministries in terms of their propensity to adopt formal regulation, measured both by (i) the absolute number of regulations issues, and (ii) relative to the number of IPDs adopted.

I also argue that there are universal, conceptual or theoretical, non-legalistic reasons for treating guidance documents as generating non-legal norms. As a class, IPDs fail two essential attributes of legal norms: (i) publicity, and (ii) having publicly-recognized rules for determining their validity. I believe the arguments have important doctrinal implications, e.g. for understanding recent changes in the standard of judicial review of guidance documents.

My paper’s second theme resonates with the overall theme of the Michigan conference, which assesses China’s 40-year-long “legal construction program”. Once we see how Chinese government agencies so sparingly pursue formal rule-making, and so routinely use IPDs as substitutes, it’s impossible to miss what Professor Don Clarke calls China’s “legal non-construction project”. Chinese bureaucrats’ preference for IPDs as opposed to formal rulemaking is overwhelming. I believe this preference may be directly related to the paucity of private rights of action described in another paper in the conference, that by Professor Nico Howson. When implementing any policy, Chinese policymakers’ mind is focused on ensuring that bureaucratic subordinates carry it out—not giving citizens incentives to follow and enforce it. IPDs confirm the same preference for public enforcement that lead to the lack of private rights of action bemoaned by Professor Howson.

This means that it is indeed worthwhile to reflect on the question that Don Clarke asks in his paper: Why do we emphasize how China builds the legal system when mostly it doesn’t? I think this is a serious problem in the study of Chinese lawmaking. In the last two decade the NPC made on average 14 statutes a year. In each of the virtually unpopulated Canadian territories of Nunavut, Yukon and Northwestern Territories, the provincial assemblies pass more bills than that! By this metric, the NPC is a nearly-dormant institution!

My paper’s third theme is that it may be interesting to study why Chinese politicians make law, given the overwhelming preference against lawmaking. I conjecture that there are four motives for lawmaking—none of which is commonly recognized—and offer empirical evidence for one of them. First, rules that go through the formal lawmaking process are harder to reverse, thus formal rules have greater permanence that may be occasionally desired. But here we have to remember the tremendous short-termism characterizing Chinese politicians’ incentives, something Rick Hills has emphasized in his work with Qiao Shitong. Second, formal lawmaking may be an important mechanism for interagency coordination. Thirdly, because Chinese politicians equate law with higher political authority—which many of us would say is erroneous, and in any case completely diverges from the Western conception of law as being a form of social practice that can be independent from the state—lawmaking efforts are undertaken to assert political power.

Fourth and finally, legal ordering may simply exert an inexorable attraction, when private enforcement and wide private compliance are crucial for policy implementation. I provide some empirical evidence for this last factor in the paper. Such evidence is also a core finding of my recent working paper with Professor Wan Jiang on subnational lawmaking in China, now also posted to SSRN.