Visual Learners versus Verbal-Logical Learners: Does it really matter which one you are?

It turns out that is does. 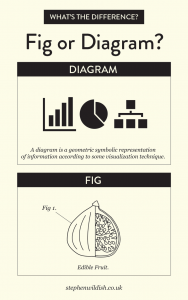 At least from a mathematical perspective. Visual thinkers tend to do more poorly in Math class than their analytical, verbal-logical counterparts (Clements, 2014).

However, this is not to suggest that visual learners do not bring something to the academic table. Some problems inherently demand a visual approach to most efficiently solve the problem.  Why create a system of equations to solve a problem when a visual time line of the events can organize the information, leading to a correct solution within seconds?

Consider,  for example, the following problem…

Visual learners, particularly those of us with a Physics background, will instinctively draw a timeline of these events.  When I approached this problem, I made Peter’s position my reference point, and arrived at the correct answer in less than 20 seconds.  An algebraic, verbal-logical solution would have been a much more tedious process.   Where my strengths lie as a learner, is my ability to abstract the critical pieces of information of a problem via lists and diagrams, then due to hours of practice, I can create equations to model and solve the problem efficiently.  My first instinct, however, is to draw a diagram or some sort of visual, before attempting a more logical approach.

Clements concurs that people who favour visual approaches will tend to use visual approaches for all situations, even when they are not particularly effective. And because of this, visual learners do not tend to do well in courses such as mathematics, because more often, a verbal-logical, algorithmic approach to math is optimal.

So how did I succeed in my Mathematics undergrad degree?

I LEARNED how to be more analytical and logical, over time. And because of this, I am able to utilize my visualization strengths in conjunction with my acquired logical strengths, and I became a visual, verbal-logical mathematical machine!!!  (Well, relatively speaking, at least.) Clements’ paper eludes to his own experience with pre-service elementary math specialists who had above-average math aptitude, but lacked the analytical edge. Through collaborative problem solving approaches, visually dominate teachers were able to compensate for their initial lack of verbal-logical skills.

How can we, as educators, use this concept to better service our students?

I think we can do at least two things…

…we were asked to investigate a handful of “Information Visualization” sites and programs. For myself, I spent time with NetLogo, Geometer’s Sketchpad, Wisweb, and Illuminations Applets.  I did not spend additional time with PhET, as I regularly use this site in my practice already.

NetLogo— too confusing; I don’t have a programming background; I did not find it user friendly, at all

Geometer’s Sketchpad— the practice activity was cumbersome when compared to the ease of using Desmos; I got into some of the animations, during my short 20 minute, free trial, however. If the BC Government hadn’t essentially removed geometry from senior mathematics, I could see myself wanting to use this program more. Geometry apparently has little connection to LNG…

WisWeb— no Java, no time, no dice; I recognize the lameness of this, however, I think this is indicative of my state of mental exhaustion; I would have liked to have seen the balance applet that modeled algebraic rearranging.; In grade 10 Math, however, I focus on more efficient mental imagery when doing algebraic manipulation.

Illuminations— I will likely spend more time with this site; what is great about this site is that you can easily search for grade and topic specific material; being a gifted education math teacher, there are many interesting topics to dive into and although, geometry has gone do-do bird in senior math, it is still alive and well in the Waterloo Math Contests.

Whether or not you personally like to use a particular program, is not terribly important.  We all learn in our own unique way, therefore it is logical to assume that we will all teach in our own unique way. What is ultimately important as educators that wish to deliver using digital technologies, is that we tap into our students’ intrinsic motivation.

Perhaps not if you design your practice around a few, simple motivational concepts, as outlined in the paper, “Reality versus Simulation” (Srinivasan et al, 2006):

My favorite moment as a teacher is when I pour hours into a particularly novel lesson, only to receive a less than favorable response from students. Also, do we need to be Bill Nye the Science Guy everyday? Meh. Not every new activity we try will be a home run, that is for sure. However, I liken the attempt to digital photography.  You take a few shots and eventually, you get the “perfect shot”.  And sometimes, our students don’t know what is “good for them”, either. They have yet to go through all of the grades and schools, as we have, so how can they truly know what tools they need to have?

Perhaps when I have a moment to “catch my breath”, I will revisit some of these “info-vis” programs. I am not writing them off completely. One of the best aspects of this career is its non-static nature.  Never say never. If we want our students to keep open minds about methodologies, we had better do the same!