This is an excerpt from George Orwell’s “Why I Write”: 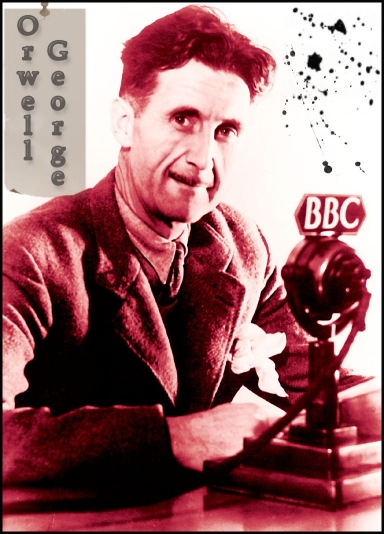 Writing a book is a horrible, exhausting struggle, like a long bout of some painful illness. One would never undertake such a thing if one were not driven on by some demon whom one can neither resist nor understand. For all one knows that demon is simply the same instinct that makes a baby squall for attention. And yet it is also true that one can write nothing readable unless one constantly struggles to efface one’s own personality. Good prose is like a windowpane.

I like this excerpt because it takes me back to what we learned about the etymology of the word “text”, that a text is a creation. Orwell explains, from his point of view, why the text is created in the first place: we have some desire to write. There are exceptions of course. Sometimes we are forced to write, but in my experience, the writing that comes from Orwell’s demons is the best kind to encounter and experience. It’s like having someone talk to you because they want to as opposed to because a social situation dictates it. 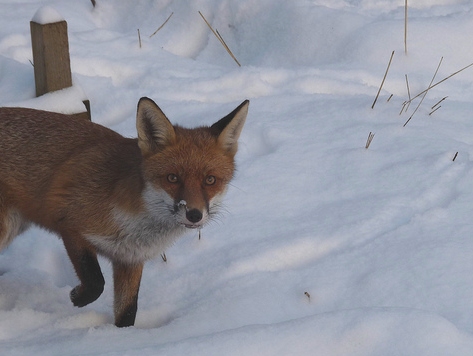 This next image is one I found in The Commons on Flickr. It was taken by someone with the alias Loopzilla (the license requires that I provide attribution to the photographer if I reuse the image). I chose this because I’d also like to discuss the poem “Thought Fox,” which is one of Ted Hughes’ poems. I don’t think it’s in the public domain, but you’ll be able to search for it if you’re interested in reading it.

It’s about the poet receiving inspiration in the form of a fox that gradually comes closer until it jumps into the poet’s head. I thought this went nicely with the idea of creation that I’d talked about in this post.

The poem has a nice moment where Hughes uses the actual paper he’s writing on as a part of the poem itself. The fox has “a body that is bold to come / Across clearings”. The line break is actually a break between the stanzas. Because the fox is walking through the snow, the clearing is represented by the white page between the two stanzas. I think it’s a nice integration of the medium into the text, instead of just being a place for the text to reside.