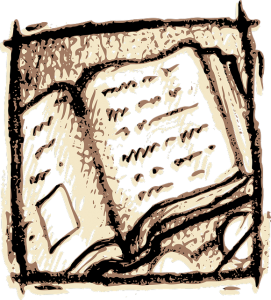 What is a Textbook?

Textbooks are an educational tool that became popular after the printing press was invented in the 15th century. A textbook is an organization of knowledge used to study a particular area or subject. According to the Oxford English Dictionary, a textbook is a “book used as a standard work for the study of a particular subject; now usually one written specially for this purpose” (Oxford, 2012). The textbook revolutionized the way that subject matter is taught to children. Reynolds writes on the first 200 years of textbooks in America. In his paper, he claims that only the teacher and perhaps a chalkboard and writing materials are found as universally as the textbook in classrooms (Reynolds, 1976). The dissemination of textbooks has occurred throughout the world and increased student knowledge in particular areas. This paper will discuss science textbooks from the 19th century and their impact on science education and literacy.

The material found in a textbook is designed to give an authoritative pedagogic version of an area of knowledge (Stray, 1994). Textbooks “present the consensus overview of a field and are vetted by peer-review, assets that set them apart from many other learning resources,” (Bierman, 2006, p.2). We can expect educational textbooks to declare factual and unbiased information, particularly in the sciences. While presenting a workshop, Bierman claimed that “for decades, the printed textbook has been the means by which factual knowledge is both organized and distributed to students in the STEM (science, technology, engineering, and mathematics) disciplines” (Bierman, 2006, p.1). The information produced in textbooks is sanctioned and considered reliable to students and has been for hundreds of years.

The printed book allowed for people to economically produce many books throughout the 16th and 17th centuries (Hamilton, 1990). As education gained importance in culture, there was a drive to produce educational materials to assist teachers. As Reynolds states, “the textbooks utilized by the schools of a nation generally reflect the values and essential priorities of that society” (Reynolds, 1976, p.274). As a culture, standardized texts were produced to assist with equitable education, not just education for elitists. Textbooks soon became the source for authoritative information. Bolter claims that “both as authors and as readers, we still regard books and journals as the place to locate our most prestigious texts” (Bolter, 2001, p. 3).

In the 17th and 18th centuries, the purpose of most textbooks was to pass on religious information to students (Reynolds, 1976). The first widely-used textbook was the New England Primer (Rillero, 2012). It was designed in the 18th century to aid with early reading instruction and theology for American colonies. According to Reynolds, “the New England Primer, the hornbook and the catechism were included in the curriculum of the schools in order that the early colonists could propagate their religious teachings” (1976, p.274). McGuffey readers (textbooks) were other popular textbooks in the 18th century. They targeted specific grades and “placed emphasis on achievement and success through industry, sobriety, thrift, punctuality, and other essential virtues” (Reynolds, 1976, p.274). These early texts were meant to teach the importance of hard work to the youth of America. However, the books were not very student-centered and although students developed reading skills, they were only learning what a few selected writers deemed to be important information.

In the early 19th century, science was not taught as a separate subject to younger children. Instead, children were exposed to school science through their reading textbooks (Rillero, 2010). For most students, this limited science information was the only formal training of science that they would receive. The early textbook writers published any new work available. There were no copyright laws for the first biological texts and there was a lot of informal, shallow, and superficial text produced (Reynolds, 1976). It was found that “the importance of textbooks was due in part to the large number of untrained and poorly educated teachers in the classrooms (Elson, 1964; Nietz, 1961 cited Rillero, 2012, p.277). Teachers were required to know a large body of information. With the onset of textbooks, they could rely on the teachings of the textbook instead of their own informal training. Whether or not they were teaching factual information is another story. One downside of early textbook use was that there were virtually no suggestions for pupil activities until the 1850’s. Textbooks contained basic text features such as table of contents, illustrations, notes, etc., and did not require much student activity except for memorization and the formal application of rules (Reynolds, 1976).

Science textbooks advanced the learning process in a number of ways. Firstly, science information was delivered to many people because of the efficient and economic distribution of textbooks. Since formal school training became compulsory in America, textbooks provided convenient teaching methods to reach the majority of learners. Regardless of whether science was distributed within other textbooks or if it was contained in its own textbook, scientific information was available to young readers. Secondly, science was presented in a variety of ways in early textbooks such as straightforward facts, within dialogues between adults and children, or in poetic form (Rillero, 2010). “In some lessons, science was united with literature, morality, or religion lessons” (Rillero, 2012, p. 280). Students could improve their understanding of both literature and science simultaneously.

As the field of science grew, more and more textbooks appeared. “The 19th century was a period of great scientific achievements, professionalization of scientists, and popularization of science,” (Rillero, 2012, p.281). This meant that more and more publications were created. As scientists could compare multiple texts themselves, they could endeavour more studies and publications to advance science education. Children who used textbooks could study on their own without the help of a teacher or their parents. The emergence of science as a discipline created a generation of learners who read more because of their strong interest in the subject. Students who would otherwise be disengaged with their learning were gaining important literacy skills due to their curiosity with science and science textbooks.

Educational practices were designed around the textbook in the 19th century. Rillero states that “textbooks were not only the curriculum but they were the mode of instruction,” (2010, p.277). The forms of thinking that early science textbooks invited were that of memorization. Student-centered inquiry was not encouraged in early science textbooks. Bierman states that “textbooks and their prescribed and encyclopedic style of presentation would appear to stand in contrast to advances in pedagogy strongly supported by educational research,” (Bierman, 2006, p.1). Questions about the use of textbooks arise in current discussion of pedagogy. For example, Bierman questions how inquiry-catalyzed instruction with assignments in a textbook can be done (2006).

Today’s educational system still revolves mostly around textbook instruction. Although students can access more than one textbook or Internet source and research further information, the teacher’s instruction will decidedly influence a student’s learning. The information in a textbook doesn’t go away very quickly. As Ong claims in Orality and Literacy, “a text stating what the whole world knows is false will state falsehood forever, so long as the text exists. Texts are inherently contumacious” (1982, p.79). In a world where scientific advances are continuously occurring, outdated information can be problematic. The cost of printing and purchasing new textbooks for many students is very high. Therefore, there is a lag between the time that new information is discovered and when it shows up in classroom textbooks. Using only a textbook for instruction in today’s classrooms is not necessarily the best mode of instruction.

The printed book changed the way we read into a linear format. “Linear writing is appropriate to print technology, both because the printed page readily accommodates linear text and because our culture expects that printed prose should be linear,” (Bolter, 2001, p. 21). When information in the computer and Internet age can be accessed in many non-linear ways, such as through the use of hypertextual environments, the linearity of a textbook may be becoming outdated. This did not pose such a large problem in the 1800’s, but it is an area of concern for current students.

The invention of the textbook led to many educational changes. Science education was affected with the onset of textbooks, particularly because interesting and new information became accessible to students. The use of textbooks is still very common in many classrooms today; however, traditional textbooks should be used in conjunction with other resources. Today’s students access information non-linearly and it is detrimental if teachers do not place emphasis on this. Inquiry-based models of instruction are found to be pedagogically beneficial and factual textbooks that encourage memorization do not promote this student discovery. Also, scientific advancements are abundant and students need access to this information. A combination of textbook learning and non-linear learning encourage life-long learners, literate in today’s society.

Hamilton, D. (1990) What is a Textbook? Paradigm, 3. Retrieved from http://faculty.education.illinois.edu/westbury/Paradigm/hamilton.html

Stray, C.(1994). Paradigms regained: towards a historical sociology of the textbook. Journal of Curriculum Studies, 26 (1) 24.