I know the other bloggers have already said it, but I want to too: CLASSES ARE OVER FOR THE TERM! This term was a doozie, but its almost done, minus one more project and a final.

As I have said in other posts, a lot of the courses I took this term were very project heavy which I have really enjoyed, and I want to talk about two of them in this post.

The first one is another computer science assignment.  For this project we were given a picture of a donkey, as below: 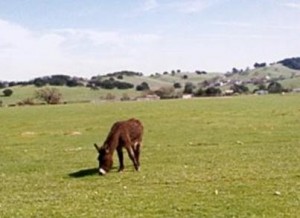 and were to fill in a program that would remove the donkey, and fill in the space with a specified texture (the grass) from the image.  As you can see, our programs did a pretty decent job. 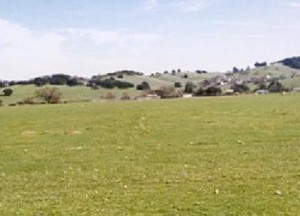 If only you could make programs for real life. Concrete crack? 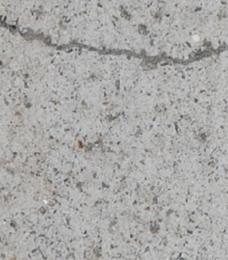 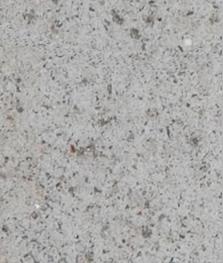 In this class, you really start to look at pictures totally differently, and there are SO many different ways they can be displayed; the way we look at them (typical colour picture) is just one way.  Its also fun to start to have an idea of how programs like photoshop do what they do.  I think I’m going to miss that class…minus the theory parts, but its fun to have something so hands on, and where the work you do for assignments actually DOES something.

Ok, on to a more engineering project.  I also took a controls course that was by far the most useful class I’m pretty sure any engineer could ever take.  If you come to UBC, you should absolutely take it too — its called MECH 520.  For one of our projects, we were give a miniature automotive light bulb (a C194 – http://www.bulbs.com/espec.aspx?ID=9231&tab=tab_reviews if you’re interested), and were to build a hotwire anemometer to measures air flow rates from the change in resistance over the bulb filament.  And that’s pretty much all the instructions we were given.  That is what I liked about the class so much, everything was so open-ended, and you had a think a little bit.

I went the classy route and made mine out of cardboard and a balloon, but its always fun to actually BUILD something, instead of simply learning how something works. 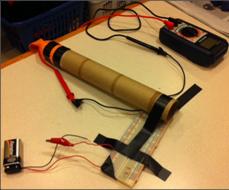 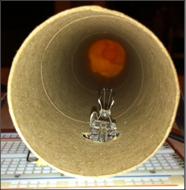 The light bulb was so delicate that I was scared to try to over a very big range of flow rates. If you decide to make one, I would suggest getting one with a more…rugged filament.

Now that classes are wrapping up, I’m starting to get a little nervous about what’s next.  I’ve been in classes for so long, I’m so used to how they work and what I need to do to do well in them.  Starting on “research only” in a week or so will be so different! I hope it will be good and that everything will go well.

I hope everything is going well with you!
Kristy