So there I was, all dressed up in business formal and (literally) killer patent heels, standing in front of an audience of a hundred in the Ponderosa Centre, ready to launch into the speech that I have been working on for the past month. Why do I subject myself to the scrutiny of the public, the shaky nerves, and the horror known as Impromptu Speech? Because I actually find it VERY. VERY. FUN. *cue fangirl squeeeeee* 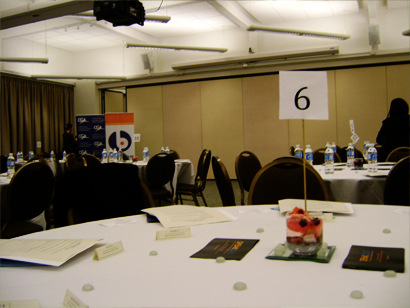 UBC’s Business Communication Club hosted a public speaking contest this past Thursday called SpeakOut – the first of its kind on campus in almost a decade. We went through an auditions round earlier in the month where they narrowed it down to six finalists. We then paired up with professional Toastmaster coaches and practised our speeches with the topic “The Next Great Idea”.

I passed along my two complementary tickets to my parents, as it has become kind of a tradition for them to attend all my speech contests (and give me their brutally honest opinions). The room was set up with a dozen or so round banquet tables and seated about a hundred. I along with a few of the other finalists got there early to test out the lapel mics. The event was heavily sponsored by CGA (Certified General Accountants) hence we had a wonderful keynote, John Noonan, from CGA to talk to us about the fascinating nuances of public speaking. 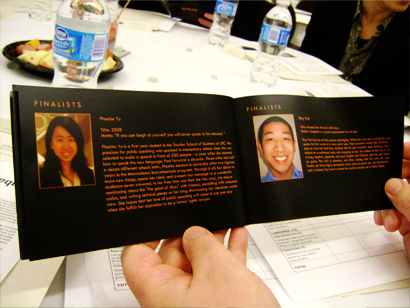 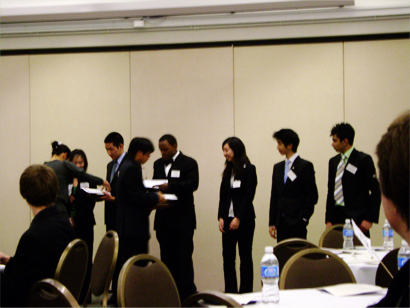