Can you believe we’re coming to the end of the term?! Shocking, I know. I have so many stories to tell of the past few weeks and so little time to blog about it. I promise, I will actually sit down this week and write my heart out to make up for the sparse updates.

Allow me to get a little ahead of myself right now. So far I have my summer planned out

QOTW: As we approach la fin de l’année, what wonderful, exciting, exotic plans do YOU have for the summer?

Lately I’ve been caught in a whirlwind of ‘je ne sais pas’. Everything just seems to be happening, happening, happening, and I’m almost losing in touch with myself. I felt LESS busy back when I still had two jobs. *sigh* But the oddest thing is, when I settle down and blog and think about what exciting things happened in the last while, I come up with nothing at all. That is not to say that people or events are dull, but rather I’m going through the motions and the daily grinds mechanically without any thought whatsoever. To quote my dear friend Andrew, “losing the conscious thinking, becoming such a daily routine”.

Well, this blog entry is to just let you know that I’m still alive. I’m hoping that by actually writing things down, I’ll add a little more meaning to my life.

Hmm, speaking of life meanings, I went to the Me Inc AMPLIFY workshop the other day (aha! So exciting things did happen, maybe I just have a horrible memory). Great speakers. Amazing PowerPoint slides (especially the last one). Powerful messages about what to do in life. Sign up for the conference if you haven’t already! Matt Corker, who hosted my Sauder Frosh back in September, was one of the speakers. We’re both bloggers so I had to go over and introduce myself afterwards. We had a nice chat so I’m quite glad I did! Thanks for knowing my name Matt!

ALSO ladies and gentlemen, when it comes to involvement, THIS IS THE MOST EXCITING TIME OF THE YEAR ON CAMPUS. Almost every organization is hiring for the coming year so get out there, update your resumes, and APPLY APPLY APPLY. Rejection are no fun (I’ve had one already), but the experience is worth it.

My two cents: You’re all probably aware of my non-creepy adoration of the International Business Club already. If you’re not coming to show your support for the wonderful folks who brought you State of Gateman Address, World Cities Night, Language Groups and Emerging Economies, or the future execs who will bring you even more goodies, at least come for the food, mingling, and o!m!g! election!

Food: Dinner will be provided.

I’m calling it a night. Slept at 5AM yesterday and adrenaline’s all about gone.

Now you may be wondering why Blake Frederick, the new President-elect who won by 43 votes, is not included in my congrats list. Turns out, HE HAS BEEN DISQUALIFIED (sources: 1, 2, 3, 4, 5) by the Elections Committee for “slating”.

So what happens now UBC? Are we left without a president? Well Blake has a 48 hours or so to appeal the decision and take the case to the Student Court where an appointed Justice will hear from both parties’ and their representatives. To quote RadicalBeer, “The burden of proof is now on Blake to demonstrate that there were errors in the judgment. This is notable as the candidate must do more than create a reasonable doubt, but explain why the actions of the [Elections Committee] were in error.” Oh hearings and pseudo legal systems, how I love thee.

On a side note, my election predictions on the VP/President positions were 80% correct, yay. Crystal Hon surprised everyone with an awesome campaign and beat the get-Tristan-Markle-reelected groupies.

It’s currently 4 in the morning (don’t ask why I’m up heh…) so I can’t be bothered to absorb the election code… but if Blake gets thrown out is there a chance that runner-up Alex Monegro would become president? If so, then EVERY. SINGLE. ONE. of International Business Club’s endorsees would have been voted into office. Either someone is good at calling the shots or we’ve got one hell of a new source of political influence on campus (the answer, fyi, is both). Next year’s candidates take note. No wonder the non-endorsees were complaining.

P.S. – Gateman’s “date night” (translation: econ midterm) was a massacre. I don’t think this relationship is working out…

P.P.S. – I was registering for an orientation interview today and the lady who checked my name paused and said, “Phoebe Yu… of UBC blog fame?” Thank you for making my day. 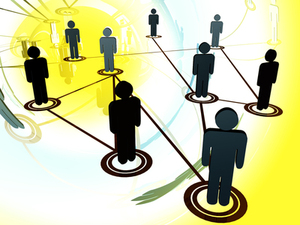 If you walk around Henry Angus or any building on campus for that matter, you’ll most likely be bombarded with a huge load of promotional materials. Something’s always happening. Someone’s always talking. Something’s always selling. The way I see it, most students only really want three things: a picture, a short blurb, and whether not not there will be food. So that’s what I’ll give ya! Here are two events taking place in the next little while that are especially worth mentioning. 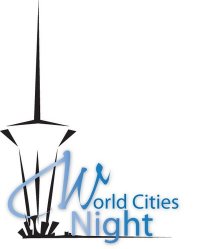 Description in ten words or less: networking dinner with professionals who work internationally / with global clients

Food: Dinner provided, will be sitting with business people and other students in small group settings

My two cents: “Disappointment” is a NOT a word that’s in the vocabulary of International Business Club, the organization that’s putting on this event. By [blog] press deadline, there have been already 70 registered attendees, not even including the corporate people! I for one have always wondered what “international business” was exactly (all I knew was that the acronym IB used to stand for International Baccalaureate *shudder*), so this is the perfect opportunity to find out. It’s not an intense recruitment session, yet it’s a good eye-opener for first year Sauderites and students in other faculty interested in working/travelling to other parts of the world.

My two cents: In the business world, we usually judge a book by its cover because more often than not, the packaging is a direct reflection of the quality underneath. Not only did IBC do an amazing job with promotional work (psst, fantastic video this way), it also has a well-organized and fully-packed conference day as well as several post/pre-events for the delegates. What better time to get a fresh perspective on resources in our integrated economy?

You can find me dashing halfway into both events!! If I’m ushering at either of them, do show up because this is probably the only time you’ll find ME serving food to YOU.

In other news, did anyone notice HALLOWEEN SLOWLY CREEPING UP ON US?! Photos coming soon =D