Posted on September 7, 2013 by Stephen Petrina | Leave a comment 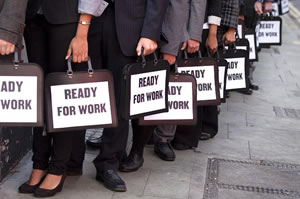 The most recent indicator that this will be the final “Year of Teacher Education” in BC as we know it is of course the news that brought the 2012-13 school year to an end, inaugurated the summer, and launches the new term. The news rocking the education nation is the Ontario Liberal government’s statement on Modernizing Teacher Education, released on June 5, 2013:

The new Ontario government and the Ontario College of Teachers are modernizing teacher education in the province beginning September 2015. In addition to expanding the program to two years, admissions will be reduced by 50 per cent starting in 2015. This will help address an oversupply of graduates, enabling Ontario’s qualified teachers to find jobs in their chosen field. [see Minister of Education Liz Sandals’ remarks]

For all the new teachers-to-be out there, “this will help address an oversupply of graduates” and enable “qualified teachers to find jobs.” Let’s do the math here…

The Government of Ontario cynically decided to let universities peddle the impossible dream of becoming a teacher to thousands of students. This is how we arrived at this morning’s announcement – sustained inaction combined with frankly stupid advice from senior bureaucrats in multiple ministries over a decade – with young workers taking a hit due to the rank incompetence of their elders and leaders.

The same processes have underwritten teacher education in BC for over a decade, with admission totals simply defaulted to a quota for tuition dollars and promises of a job market demand for teachers that never materializes, as more and more graduates queue up for substitute, “teacher on call” (TOC) jobs dependent on 5:30 am phone rings to put a meager amount of bread on the next morning’s table.

The same policy blunders seem to apply in the throes of a tanking economy in BC as well, with recurrent cuts to education funding, incentives to privatize or fuel competition between public and independent or private schools, measures to erode, limit, or cut salaries and wages of public sector employees, disintegration of respect for public sector employee bargaining rights, and a sustained degradation of respect for teachers as professionals and intellectuals and as members of an effective union. 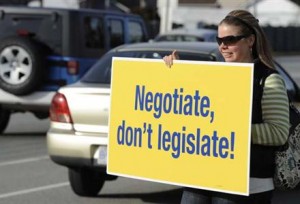 The same reactions among teacher education administrators seem to apply again, but now there is an admission that the era of denial of surplus or glut of teachers in BC is over. Following the Ontario Liberals’ announcement of 5 June, SFU Dean Kris Magnusson acknowledged: “I’d be surprised if there is a specific agenda to make some changes [in BC] but I think there’s a will to explore that supply-demand equation.”

It’s acknowledgments like this and changes like those in Ontario that point to significant changes in teacher education in BC as we know it. Although at UBC, we’ve not yet heard a candid acknowledgement of policy blunders and we are still insistent that this remains the era of “Showcasing the very best of what we do in the Faculty of Education for teacher education!”

Nonetheless, this is Vancouver and time for a little rain on the UBC Faculty of Education’s parade and crashing the party. It is time to acknowledge that the teacher surplus is no longer a conversation piece removed from the Teacher Education Office’s dialogue on what it means to be or become a teacher.