Posted on April 3, 2012 by Sandra Mathison | Leave a comment 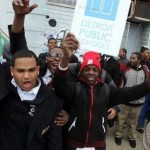