Posted on November 15, 2013 by Stephen Petrina | Leave a comment

This is what you call genuine pro-activism. Barely a month into its launch of Energy IQ (yes, “IQ”), Canadian Geographic is sheepishly back-pedalling and having to answer to students. Energy IQ is to be The Energy Curriculum for the entire nation. The first hint that something was suspect about this was the photo gallery in the June Canadian Geographic Magazine that featured and introduced the new Energy IQ curriculum. As if the author of the curriculum, the proud Pump Jack, “iconic symbol of the West,” dominates. Is this is a curriculum about, for, and from BIG power? 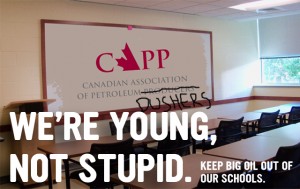 That’s the question students in Vancouver are asking as they join forces with Power Shift, a green grass roots environmental movement. “We’re young, not stupid,” they say, “Keep big oil out of our schools.” The students’ Open Letter and petition are generating international interest and momentum. Dear CAPP, the students write: “The Energy IQ program is of serious concern to us as current high school students, specifically because of its inherent corporate bias and the ideals it will promote…. Propaganda has no place in our schools.” The high school activists currently have over 600 supporters signed on to the petition and were featured by the CBC (tv and radio) on 14 November.

The two student-activists at the front of the protest, Sophia and Sydney, note that “We just believe we should not have corporations in our public classrooms” “It’s just not saying the full truth and we really believe that it shouldn’t be used in the classrooms.” 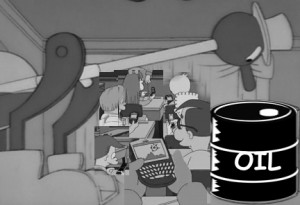 And this pro-activism is excellent timing, as the new Pump Jack curriculum begins to make its way into the schools. Just as oil and gas dominate clean energy in Canada, the students are asking why Pump Jack is behind the Energy IQ Curriculum. 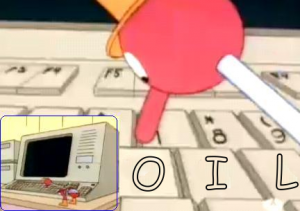 Yes, teachers and students can criticize the curriculum and politically remix it, but prior questions are those the students are asking, whether Pump Jack ought to be authoring and issuing curriculum for the schools. Or why is Canadian Geographic joined with Pump Jack? 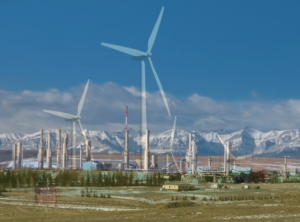 Or what in the world is going on with the Geography curriculum? The Pump Jack curriculum is linked to the Canadian National Standards for Geography, but the energy and economics Standards within might as well have been written by Pump Jack itself. The word “capitalism,” Pump Jack’s child and daddy (go figure) economic system for a century, does not appear in the Standards. For the Environment and Society standard, students can “Speculate on the environmental consequences of a major long-lasting energy crisis (e.g., high/low crude oil prices),” and maybe speculating is enough. Surely, documenting and acting on climate change need not be a standard. Of course, “climate change” does not appear in the Standards either. 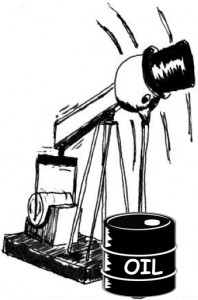 Invented in Oil City (it’s true) in 1913, Pump Jack is celebrating its 100th birthday this year so maybe it is appropriate that it authors and teaches the global Energy IQ curriculum. Happy Birthday Pump Jack! Remember the combination: 40-31-24-5. 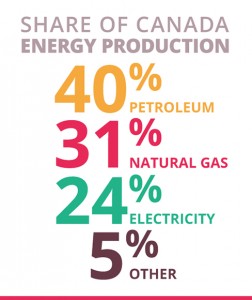