It seems as though only a small number of copies of Balún Canán arrived at the bookstore. So in the meantime, try this link.

If you don’t yet know about the Writing Centre (which has its own blog), take a look at the following presentation:

And so Teresa de la Parra’s novel ends as the title always indicated that it would: with a sacrifice, and a willing one at that. María Eugenia has at least two opportunities to avoid her fate of an unhappy marriage with César Leal, which she variously describes as a “death sentence” and “hidden slavery” (336). She could take the risky route of eloping with her former suitor Gabriel Olmedo, whose impassioned letter urges her towards an early-morning street-corner assignation, from which he would whisk her to the port and a steamship and on to a voyage of discovery through Europe. She seems about to take up this option, but hesitates as she runs into Aunt Clara while seeking out a suitcase in the darkened house. Then her second chance to escape her fearful destiny comes when, shortly afterwards, she summons Leal to see her, determined to break off the engagement. She has her speech ready: “In the past few days while you have not been here, I have confirmed that I do not love you enough to marry you [. . .]” (331). When the time comes, however, she cannot bring herself to say these words. And again, Aunt Clara has something to do with her unwillingness to follow through: she imagines herself like her, an “old maid,” her beauty long gone and dependent on Uncle Eduardo. At least with Leal she would have a house of her own, a place of asylum.

In any case, the truth is that her fiancé barely lets her get a word in edgewise: his voice is “full of energy and absolutely clear, always knowing what he wants and always saying exactly what he has to” (332). By contrast, María Eugenia ends up without a voice at all: ”he didn’t let me speak, and as he carried on explaining things to me so loquaciously, I didn’t say another syllable, but set to watching him as I sat mute, perplexed, and absent” (333). Far from being the protagonist of the novel of her own life (as she had, at the outset, excitedly exclaimed to her friend Cristina), she is now at best a bystander, at worst a victim of decisions made by others. She has been an object for some time: a commodity for sale. Now, however, she faces the horror of being an object aware of her objectification and the treatment she is undergoing, but without the chance of calling out or doing anything about it. Like the nightmare of the patient on the operating table whose anaesthetic has failed but who cannot move a muscle, any self-awareness she has won only makes everything worse.

Of course, in theory María Eugenia’s options remain open as the book comes to a close: the wedding with Leal is still a week away, and Olmedo, rejecting her negative response to his suggestion as a sham, seems to be offering her one more chance. But one can hardly imagine her making such choices. Indeed, one can hardly imagine her making any choices of any significance at all. To put this another way: if the traditional Bildungsroman is a narrative detailing the birth of the adult subject, through trial and error, experience and gradual self-knowledge, Ifigenia is better described as an inversion of the genre. Here we have a subjectivity that is almost comprehensively dismantled, that enters into utter crisis; and the only knowledge that María Eugenia seems to have gained about herself is the fact of her own unknowability, the otherness that haunts her and that, at the crucial moment, “spoke through my own mouth, took my destiny in its claws, [and] cruelly destroyed it” (328). More broadly, this is a tale of psychic disintegration; as such, it perhaps has more in common with ”The Yellow Wallpaper” than would first appear to be the case. In other words, the essence of María Eugenia’s tragedy has little to do with the fact that she does not (cannot) elope with Gabriel: his paean to natural rights and Romantic freedom hardly disguises the fact that the choice he’s offering her is merely between two forms of patriarchal subjugation.

Our would-be heroine’s tragedy, rather, concerns the nearly catatonic state, dominated by fear and anxiety, to which she succumbs by the end. She is unable to achieve liberal subjectivity and personhood, and at the same time has failed to establish any alternative path. She has failed, for instance, to write her way out of her predicament: the literary project that at first seemed to offer some kind of liberation finally loses its way. María Eugenia tells us that this novel’s final chapter is also her adieu to writing: it’s the “final page of [her] spiritual life” (315). What had begun as gossipy and jocular confidences to a far-flung friend has by the end taken on the tone of a suicide note: when she drops the suitcase, signifying that eloping is no longer an option, she describes herself as “forsaken and suicidal” (329); later she says she is “pale, lifeless, hollow-eyed, almost ugly” (331; of course, that “almost” indicates the hook with which her anxiety has snared her). This novel that is obsessed with the idea of “life” in all its various connotations (a span of time as well as a form of intensity) ends up being the tale of a woman consigned to what Giorgio Agamben calls “bare life.” This is the sacrificial logic of the modern-day Iphigenia, who chooses oblivion only because all other choices are impossible or unimaginable, and what remains is mere habit. 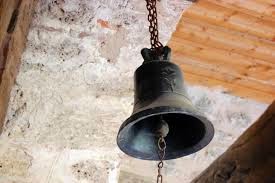