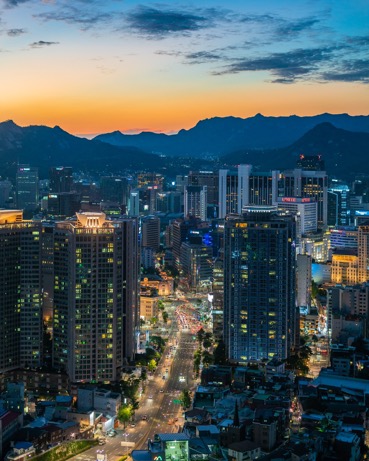 South Korea has an extremely high and persistent gender pay gap. This is in some ways puzzling, argued Professor Hyunji Kwon from Seoul National University in a recent seminar on this topic at the Sauder School of Business. The percentage of university enrollment in South Korea has been higher for women than men in recent years. Childcare services usage rates are also extremely high in South Korea compared to other OECD countries, rising to an impressive 62% in 2012 from 5.7% in 1997. Thus systemic disparity in education levels across genders or the lack of institutional structure to support women’s careers cannot explain the lower wages women receive.

Nor does South Korea’s Confucian culture provide an adequate explanation: Korea’s gender wage disparity is not mirrored in other arguably “Confucian” countries such as Japan or China. In fact, decomposition analyses from different sources have showed estimations that only 63%-73% of the wage gap can be explained by compositional differences in education, tenure, age, marital status, industries, and occupations. The natural question is, then, what is uniquely contributing to the wage gap in South Korea? Professor Kwon’s studies provide a new angle on this question: firm practices and existing organizational mechanisms.

Professor Kwon pointed first to the pervasive division of jobs as “standard” vs “non-standard” jobs in the Korean economy. Standard employment refers to jobs with an open-ended contract between an employee and an employer. Non-standard employment entails everything else, including part-time work, contract workers, and especially “direct hire temporary employment”, where firms directly hire employees for a fixed term. This last practice is especially favored by the large firms that dominate Korea, and therefore is used for a substantial proportion of jobs in South Korea. Non-standard job workers earn lower income compared to standard-job workers, receive less benefits, and do not receive seniority pay.

Women are disproportionately represented in non-standard work while men take up the majority of standard work employment, contributing to the gender wage gap. Professor Kwon explains in her co-authored paper that “categorical matching” may explain this systemic discrimination. The term refers to a functional category that is not associated with a social category on its face (such as organizational structures) being attached to a social category (such as gender). By matching more standard jobs (a functional category) to male workers (a social category) within an organization, the disproportionate representation of female workers among non-standard workers is perpetuated.

Three mechanisms facilitate internal categorical matching: “opportunity hoarding”, which refers to a distinct group hoarding profitable jobs; exploitation, which refers to rewarding certain employees at the expense of other employees; and claims-making, which refers to the process of using organizational structures to successfully make claims, with stronger bargaining power leading to a higher success rate. Categorical matching strengthens and creates inter-organizational inequality through these mechanisms. Hence, the paper hypothesized that it is more difficult for women to successfully make claims in wage determination in firms where their bargaining power has been diminished to the extent of their concentration in inferior positions.

Professor Kwon also discussed the practice of seniority wage, a system of promoting employees in the order of their proximity to retirement. Many Korean firms engage in this practice, but it is not universal. It has been used to stabilize core employee relations, prominent in large Chabol companies that are family-operated. Seniority wage only applies to standard workers—illustrating the mechanisms of opportunity hoarding and exploitation–effectively making hiring standard workers more expensive in the long run. Thus, firms that practice seniority wage system hire more non-standard workers. As the wage discrepancy between standard and non-standard workers widens with seniority, the magnitude of the gender wage gap increases.