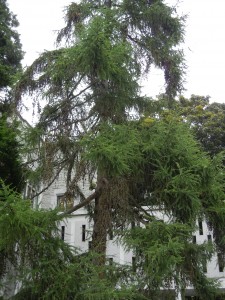 Larix occidentalis is a member of the Pinaceae family; it is also known as the Western Larch, Mountain Larch, Montana Larch, Hackmatack, and Western Tamarack. It is a deciduous conifer so its needles turn colour and shed every fall even though it is a gymnosperm which are normally coniferous trees.

L. occidentalis are found in valleys and at lower elevations on mountains in Washington, Oregon, southern BC, western Montana and northern Idaho. 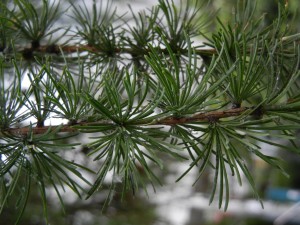 It has dark brown, hairless buds that open into long spirally arranged clusters of needles. The papery female cones typically turn from red to brown with maturity and contain winged seeds, while the male cones contain pollen. L. occidentalis has scaly and furrowed reddish brown bark (or a gray or yellow brown, depending on the age and time of year), a spreading root system, and can grow to over 200 feet tall. When they grow near other trees, most of their trunk is typically bare of its horizontal branches, the lower of which, usually droop. 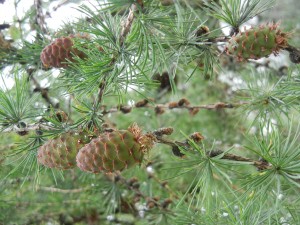 Some Plateau Indians used Larch to treat tuberculosis and laryngitis by drinking an infusion made from the shoots. Indigenous people used the resin as gum and also ate the sap and cambium from the tree. 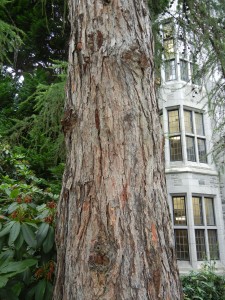 Arabinogalactan, a plant starch, is present in high concentration in L. occidentalis, and it is a key component in gum. The arabinogalactan derived from larch is also used for various medicinal purposes, including infections, colds, H1N1, and the treatment of liver cancer and HIV. Some even use it to lower cholesterol, provide dietary fibre and for general immune system health. A decoction of stem tips from larch is sometimes even used for the soaking of wounds and arthritic affected appendages.

The uses of L. occidentalis range widely, from a sweetener and lumber to the use of its resin in cosmetics and its gum used to treat cuts and bruises. Larch is not a threatened species, so it is currently secure in its availability for human use.