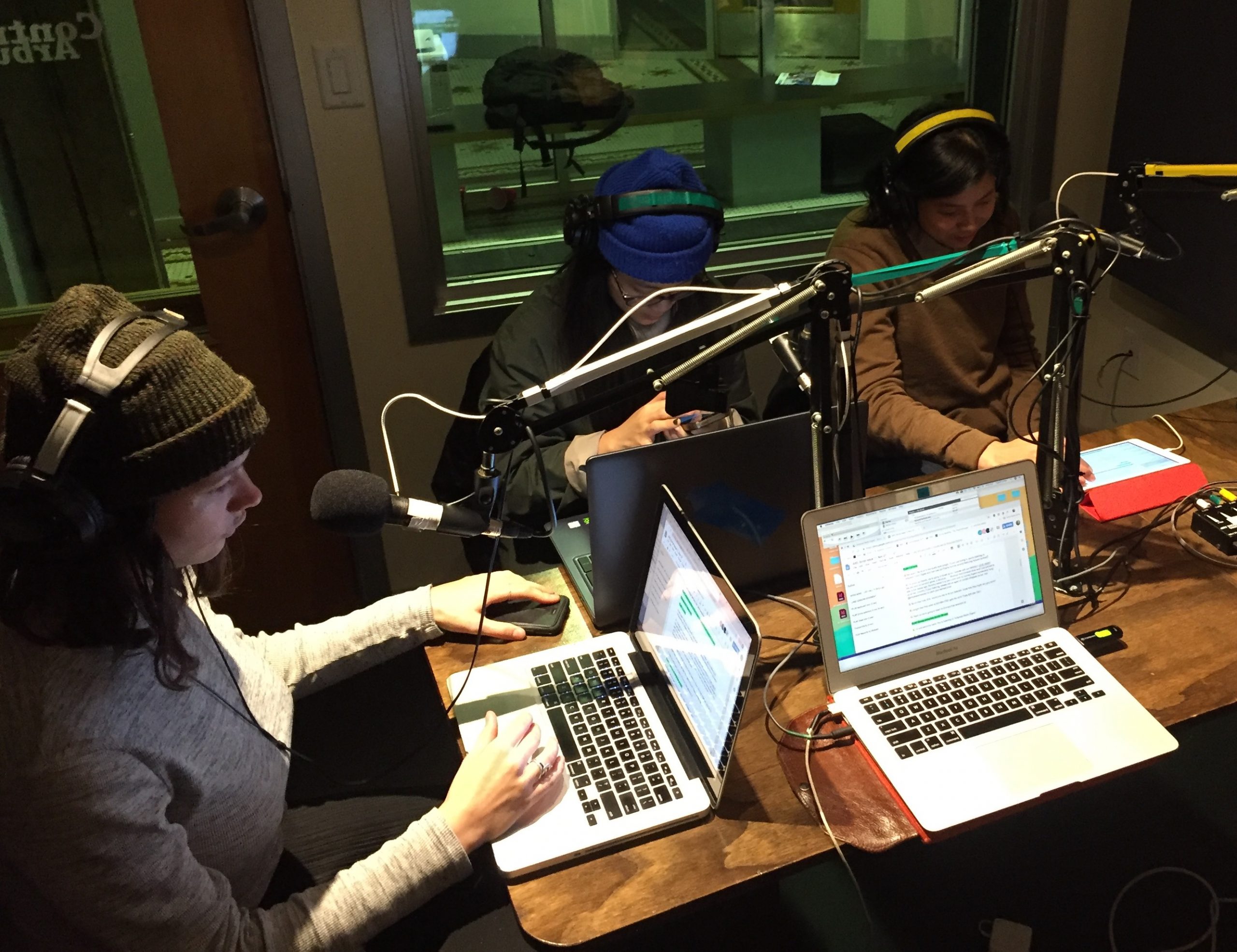 Artspeak Radio Digest was a three-month long program run in partnership with Vancouver Co-op Radio, a community radio station based in the Downtown Eastside since 1973. Taking the form of an audio journal, Artspeak Radio Digest was an expanded approach to Artspeak’s publishing program that culminated into 11 episodes. Each show was conceived of as an individual audio journal issue. Interdisciplinary in its approach, the digest format featured new commissions, sound works, poetry, radio plays, and music amongst other forms, utilizing radio as the primary medium for distribution. The program was collectively produced and hosted by Brady Cranfield, Gabi Dao, Emma Metcalfe Hurst and Autumn Schnell, with support from Bopha Chhay and Erik Hood.

I conducted and edited 7 interviews and hosted 15 radio shows. For the episodes that I created, I focused on interviews with artists, activists, writers, and community-builders, as well as local archival initiatives and recordings from Co-op Radio’s own archives.