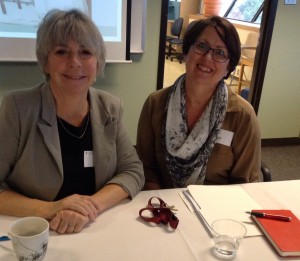 I appreciate the opportunity to engage with this work and, not being a scholar of nursing history, I welcome the opportunity to engage in dialogue with this community of scholars. As a reader of Gleason’s work, this exploration promoted considerable reflection on a) the extent to which current practices and understandings continue to be shaped by history and b) the voices of children and how they are variously overlooked, captured & represented.

In the early chapters of her book Gleason introduces participants’ stories and reflections on their memories of health and illness and how they were experienced, understood and responded to in childhood.

Intertwined with these stories is the role of the public health nurse as a recognized and named individual with whom children, families and communities may have a relationship. For me, chapter 5 in particular draws attention to the ways discourses of illness – dis-ease evolved from intersections with ‘lay’ or informal conceptions of health and illness.

This chapter also drew attention to the ways the creation of formal institutional structures (pediatrics centres) and professions with various forms of power accorded to them, has continued to structure out

I illustrate these observations with the following examples from the book. In the book (pages 108-9) the re-introduction of play into pediatric centres is discussed. But, I note, the central motivation for this appears to be to gain the child’s co-operation or to ‘co-opt’ the child into professionals’ goals. These observations led us to have a lively and engaging discussion of the notion of the child’s autonomy and how we, in various professions and roles, understand and respect a child’s autonomy.

As for my observations of the institutional context: The book introduces nursing as a ‘role’ largely relegated to the background. Nurses, as history and healthcare has evolved, are no longer named, or recognized as individuals. This prompted me to think about the ways the forces that shape the social organization of nursing care and health care delivery perhaps has influenced our identities as practitioners.

Following the symposium I uncovered a story written by my late mother who grew up in Ontario in the era that Gleason has researched. I share my mother’s story here of events as they unfolded on a day in 1927, presented it in a journal in 1989. I thought that her experience resonated with my observations.

“They were depression days and I was to have my tonsils out. This was bad news for me and it would cost dollars we had few of.

A solution was to be my being taken to a day clinic, which would not involve a hospital stay.

I well remember the place, the street, the doctor and the pretty nightie I would get to wear. And most of all the promises; just a little snip and all would be done. Then would come all the goodies, the ice cream and of course it wouldn’t hurt.

Then, there I was on the table, Dr. Lapp with the light on his head, the nurses getting me settled and of course the ether can at the ready. All was fine to this point. But then the betrayal.

My new red sox had to come off. I was only 5 but even I didn’t miss the obvious. For a snip in my throat, my socks had to come off? The bloody battle was on – screaming and flailing until tonsils came out – but the bigger hurt of all was that I was lied to” (Audrey Lynam).

I centre my commentary on the observation that the critical historical perspectives presented by Dr. Gleason have relevance for nursing practice with children today.  Specifically, Dr. Gleason’s work calls us to consider the roots of our current constructions of childhood, child health, and good parenting, and to consider how these constructions shape our policies, practices and everyday interactions with children and their families. She invited discussion around the following two questions: What assumptions about children and childhood underpin our nursing practice with children and families (and what are the roots of these assumptions)? Further, she asks: Based on these assumptions, who are our lost children—those children who find themselves ‘outside the boundaries of white middle-class acceptability’?