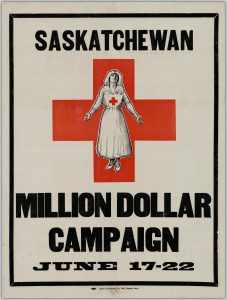 Notice of Special Program Event at the 2019 CSHM-CAHN Conference!

Commemorating 100-years of Academic Nursing at the University of British Columbia, 1919-2019

In 1919 UBC established Canada’s first university degree program in nursing, a virtually unheard of step, especially in the Commonwealth at large. Perhaps the new university in BC, only established in 1915, “as the last provincial university founded in Canada,” might have been flexible and open to new (public health) endeavours in ways that its well established counterparts in the core of Empire were not. Hence UBC made history with opening its doors to nursing as its first women’s education program, a choice not favoured by the BC Clubwomen for example, who rather would have preferred a program in home economics, — perceptibly a more fashionable and uplifting avenue towards academic education deemed appropriate for women. Nursing’s first director, Ethel Johns, had a seminal role in the introduction of a degree program in nursing. Her participation in influential nursing projects and research abroad brought international prestige and critical expertise to the program.

How did nursing education fare in a male-dominated university, with cultural codes of gender and class imposed upon a program that seemed to be more “pragmatically conceived than philosophically inspired?” And what is the meaning of commemorating nursing in the larger public debate over commemoration, statues and naming? A pre-lunch panel explores the wider British Columbian and Canadian context of the fledgling academic nursing program and the evolution of academic nursing. Following lunch, a joint roundtable with Canadian Historical Association will reflect on the meaning of commemoration, with a focus on the recollection of nurses in public memory.

This roundtable centers on the commemoration of nurses in public memory across a number of contexts. By critically examining representations of nurses as icons, trailblazers, war heroes, and symbols of virtue, discussants will unpack the power and meaning of the commemoration of nursing, and, more broadly, women’s caring work. In the context of current public debates on the nature – and political correctness – of historical plaques, monuments, and statues, and the broader symbolism of assigning place names, this roundtable explores the multiple uses of commemoration in and of nursing and health-related caring work. Brief presentations by five historians of medicine and nursing will be followed by discussion with the audience.

For information on the joint CSHM – CAHN conference at Congress, visit

Canadian Association for the History of Nursing: https://cahn-achn.ca/

Canadian Society for the History of Medicine, annual conference: https://cshm-schm.ca/

For general information on Congress, visit