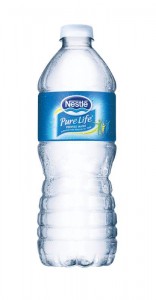 Recently I was asked to comment on the BC government’s water pricing proposals, in light of an online petition at sumofus.org (petition here).  They are gathering signatures expressing opposition to the new water pricing rules in BC, which would see water bottling operations and other industrial water users pay the same annual licence rental as domestic water users, $2.25 per thousand cubic meters.  The outrage is focused on Nestle, which operates a bottled water plant in Hope, bottling and exporting many millions of litres of water every year.  Before the new pricing rules were brought in, Nestle and other similar users of groundwater paid nothing, something that also raised the ire of many during the Water Act Modernization discussions.

Some Canadian provinces charge a higher water rental (or royalty) rate.  Saskatchewan charges more than $46 per thousand cubic meters for water taken from the South Saskatchewan and Qu’Appelle rivers, Lake Diefenbaker, and Buffalo Pond.  The rent for water from other sources is slightly below $15 per thousand cubic meters.  Quebec charges $70 and Nova Scotia $140.  The remaining provinces don’t seem to charge anything comparable to an annual rental for water use.  So, while BC rates are clearly the lowest among those that do charge, BC does charge a rental rate for water licences.

So what should BC charge?  That is not an easy question to answer.  A quick look at the licence rental rates that BC has adopted shows a range of different use categories, each with its own application fee, minimum annual rent, and volume based annual rent.  Why so complicated? 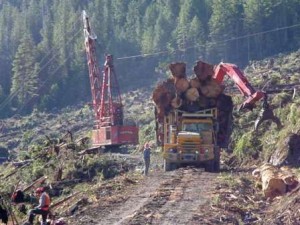 Water is not the only thing that BC collects a royalty for.  We also collect royalties on “trees and rocks”.  These too are complicated.  For trees, the royalty is called ‘stumpage’.  A quick look at the BC Ministry of Forest website reveals that stumpage rates are even more complex than water licence rentals.  To quote (http://www.for.gov.bc.ca/hva/gas/):

Generally stumpage rates are determined through a complex appraisal of each stand or area of trees – defined as the ‘cutting authority area’ – that is planned to be harvested.

Turning to rocks, things are no better (Mineral Tax handbook).  Mines pay a combination of a Net Revenue tax and a Net Current Proceeds tax.  The former is based on profits and the latter on the value of sales.  The latter provides a minimum tax, provided that the mine is covering operating costs.  So, if you operate a mine, you won’t go bankrupt to pay your taxes. 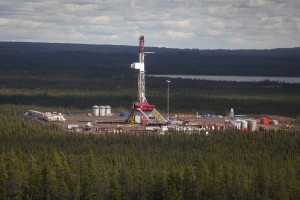 Looking into oil and gas provides a clear reasoning for these choices.  For oil and gas, royalty rates are specific to each well (Oil and Gas Royalty Handbook).  The government regularly reviews the performance of its royalty program, with results available to the public here.  The review document clearly states the goals of the government with respect to the royalty regime.

The choice of water rates likely reflects aspects of these same principles, modified to reflect the fact that water has a far greater diversity of uses than most other resources, and the passionate connection that people have with water.

Royalties are like a rent – they are called a rent for water – and the province is the landlord.  For most resources, the top goal is to maximize the amount of rental revenue collected over the long term.  This means encouraging investment and activity in the industry.  To accomplish this, royalties typically are a share of the profits in excess of a normal rate of return on the amount invested.  Firms won’t invest if they don’t make at least a fair return, necessitating such an approach.

Water gets more complex because water users are not just a collection of companies interested in making a profit.  There are a large number of water users who do so at least in part just for basic human needs.  Some water is used for public purposes, ranging from keeping parks green to leaving it in streams for the fish.  Some is used by companies where the goal is earning a profit.  However, even among these, there are some activities we want to encourage more than others.  Add to this the very strong sentiment among many that water should not be treated like a commodity.  These facts together mean that the government had little choice but to develop a schedule of water rental rates that (1) varies across activities so as to encourage some more than others, and (2) doesn’t collect any more revenue than necessary to administer the act.

Do these prices reflect the true value of water?  That water is priced far below its value is a commonly heard sentiment.  What is the value of water?  This is a huge topic that I’ll return to some other time.  Suffice it to say that the value of water varies substantially over time and space.  Sometimes we are desperate for it, and would give up almost anything to get some.  At other times and in other places, we pay to get rid of it.  There is no way to come up with an administered price that reflects this heterogeneity.  The whole process by which water is managed, from the review of applications for a licence to enforcement in the case of violations is meant to work together to protect those things about our water resource that British Columbian’s value.  Is it perfect?  Far from it.  Is it better than what we had?  Yes.  Can the problems be fixed by adjusting the way water is priced?  No. 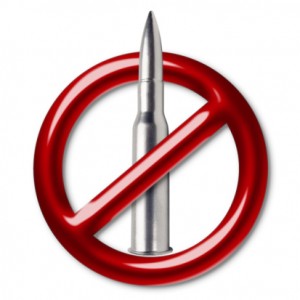 So, finally, should Nestle and other companies seeking to make a profit using water pay more?  If we are modeling prices on the royalty, then yes, they should be returning to us, the owners, a share of their profit from using our water.  But do we apply this same logic to farms, family run campgrounds, etc.?  Water is complex, and managing it invariably forces us to consider a variety of things we value.  Simple solutions just don’t exist.