On Wednesday last I had the occasion to give a presentation to a workshop “Advancing Watershed Sustainability” organized by the Fraser Basin Council (FBC) and the BC Wildlife Federation (BCWF).  During the first half of the day, several presentations described work that the FBC and BCWF were doing to support collaborative watershed governance.  In the afternoon, three presentations explored the scientific and policy environment that surrounds efforts to develop collaborative watershed governance.

The Water Sustainability Act is really an act about managing water during shortages.  Much of the act is about who can have a licence, what the conditions are around those licences, penalties for violations of those conditions, etc.  However, the whole point of licences is that they are a means of allocating water between users, and in particular how those users will be prioritized when there is a water shortage. 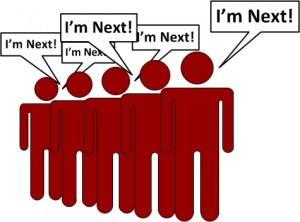 During a shortage, the law of the land is an ‘attenuated FITFIR’.  All licences have a priority date, and excepting the attenuations, the most junior licence is the first one cut off if there is insufficient water to satisfy all licences.  The attenuations consist of ways that the government can put the environment first by requiring minimum stream flows to be considered, taking actions to protect the environment during times of shortage, and providing priority to basic human needs.  This attenuated FITFIR is the provincial water shortage management plan. 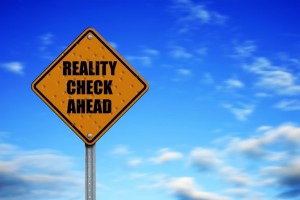 Water Sustainability Plans provide an alternative.  Communities can get together and come up with a plan that they like better than the shortage management set out in the WSA.  There seems to be broad scope in the act for the types of water management that communities can choose to implement.  However, there are a couple of parts of the act that these communities must consider, with ‘must’ the word used in the act.

Submission of proposed plan to minister

74.  (1) After a proposed water sustainability plan has been prepared, the responsible person may submit the proposed plan to the minister.

(a) a copy of the written consent of the holder of the licence or drilling authorization, and

(b) a detailed proposal assigning to each person or other entity who would benefit from implementation of the recommendation some or all of the responsibility for compensating the licensee or drilling authorization holder, consented to in writing by each such person.

(a) a list of the affected licences and drilling authorizations,

(b) a statement of the public benefit from the significant change, and

(c) a statement of any available source of funding to pay compensation or for compensatory measures for the involuntary significant changes.

What does this mean for Water Sustainability Plans?  I think it has two important implications.  First, it means that WSPs are not a cheap way to put restrictions on water licence holders that a community doesn’t like.  If a licence holder does not want to participate in a plan, then getting a plan implemented means providing the minister with a compelling case that there are resources available to adequately compensate such licence holders for the loss they will suffer.  Going to the minister with a strong popular mandate from the community is not going to be sufficient.  That popular mandate has to be accompanied by an ability to mobilize resources sufficient for the necessary compensation.

Does this mean that the WSA essentially delivers a Water Sustainability Plan process wrapped in a coffin?  I don’t think so.  Many efforts at collaborative watershed governance fail because those who are asked to give something up either refuse to participate or participate only to the extent of protecting their interests.  The provisions of the Water Sustainability Plan mean that these people need not worry that something will be imposed on them that makes them worse off.  This may create an opportunity for those who will suffer from less access to water to clearly and honestly describe these impacts, and for those who want something different to listen and look for ways to offset these impacts.

After I gave my presentation, some in the audience seemed quite disappointed with my ‘dose of reality’.  True collaborative watershed governance must involve everyone and address all their impacts.  Existing licence holders are part of the community, and need to

be part of the collaboration.  I think that the compensation requirement in Water Sustainability Plans actually opens the door for true collaborative governance, where all interests are included and respected.  Lets hope …

As a general rule, I am quick to dismiss pretty much everything that has a supernatural
slant to it.  There is simply no evidence that anything supernatural exists – which I guess by the very definition of super natural, must be the case.  Like Laplace, when it comes to some supernatural realm having an impact on the material realm we occupy, “I have no need for that hypothesis.”

I was raised as a Roman Catholic, and have continued to follow the practices of this religion for much of my life.  I kept participating because I believed that the religious practice is valuable, independent of the truth of the beliefs themselves.  I greatly admire the discipline of those who practice Islam, where prayers are said five times every day.  I also developed some important friendships and had the 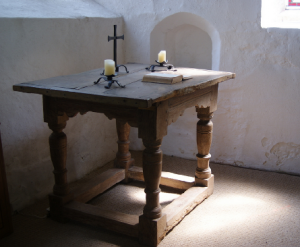 opportunity to meet some very inspiring people through my continuing involvement with the Catholic Church.  However, I was very careful to say that I attended a Catholic church, and avoided saying I was Catholic or that I believed what the Catholic church taught.

I am writing this on Easter Monday, and on Friday I went to a Catholic Good Friday service, as I have done almost every year for nearly half a century.  For most of those years, the Good Friday service was a long, boring obligation that I attended out of a sense of duty.  However, in the last few years this service in particular has come to be a powerful emotional experience for me.  This has lead me to reflect on the role that religion and spirituality can have in the way we live our lives and the choices we make in relation to the environment we inhabit.

The Christian story can be seen as the story of the life and death of a man who put love of others ahead of all else, in particular ahead of himself.  Over the course of that life, this man attracted a large following, some of whom were attracted to his message of peace, love and forgiveness, and others who believed him to be the leader who would help the Jewish people expel their Roman rulers.  Eventually, the Roman sanctioned leaders of the Jewish people came to see this man as a threat to their power.  When they acted to remove this threat, this man’s followers, including his closest and supposedly most devoted friends, largely abandoned him to die, defeated, at the hands of the Roman soldiers.

What has surprised me is how in the last few years this story has come to resonate with me.  The story holds that Jesus was the son of God, that he performed a number of miracles, and that in the end he rose from the dead.  While these are the parts of the story that are the root of the argument between believers and non-believers, these parts are not what resonate with me.  What instead I have come to see in this story is some similarities to my own story, which also involves loss of my parents, challenges in my own relationships, rejection, abandonment, etc.  Listening to this story, participating in the rituals, has become a way for me to get in touch with my own feelings around the path that my life has followed, a path that has certainly deviated far from the promise and excitement of the dreams I had when younger.  Unexpectedly, I have developed a ‘relationship’ through which I can actually feel empathy for that man in the Christian story. 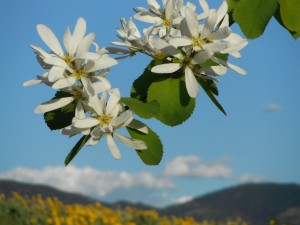 Stories are powerful, and until experiencing this evolution of my own connection with the Christian story, I didn’t appreciate how powerful.  If I reflect on the experience of the first peoples in North America, I think I am developing a deeper understanding about the importance of recovering their stories.  I think that it is through being brought up as a Catholic and by continuing the practice that I have absorbed the Christian story to the extent that I am now able to relate to it on an emotional level.  It needed to be there, so that when my own lived experiences enabled me to connect with the story, it would be there.  I think that this may be true for the first peoples as well.  If their young people do not have an ongoing opportunity to hear their stories and participate in their rituals, then they won’t have those stories to connect with over the journey of their lives.  It won’t take long until the stories become no more than fairy tales, told as entertainment. 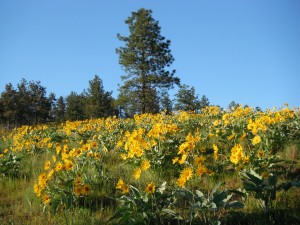 I also wonder if hearing these stories and participating in these traditions, stories and traditions that emerged in the places we live, can be a valuable part of connecting us to this place.  Those of us who are immigrants have brought with us our stories and traditions.  Those may have been valuable in helping us to thrive in the places we came from.  However, they may not be the best fit locally.  Maybe if we heard these locally rooted stories ourselves, on a regular basis, maybe we would be more connected to where we live.  Maybe then we would be emotionally tied to the health of our local ecosystems and be more willing to work to protect them.  This is consistent with emerging research showing how fostering environmental empathy can lead to an increase in willingness to change behavior.

Here in the arid Okanagan, the first peoples see water as being alive, as having a spirit (nice article).  How would our behavior in relation to this resource change if we felt its ‘pain’ as it was ‘imprisoned’ behind dams and fed ‘poisons’ that made it impossible for Water to nourish the beings that depend on her?  Would we be grateful to Water for the gifts of refreshment and, via irrigation and food production, nourishment we are enjoying.  Would we be sad for the sacrifices made by the other organisms who also rely on Water’s gifts, so that we can enjoy a greater share of those gifts?  If we had a relationship with Water, would we change our choices? 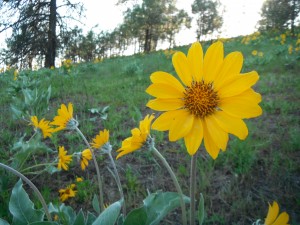 I have heard my colleague Jeannette Armstrong speak on a couple of occasions where she describes indigeneity being about connection to place, not about race.  I am beginning to wonder if that connection needs to be founded in stories and traditions that are rooted in this place.  The Peach Festival, the Wine Festival, etc. are great events that connect us with the landscape as we have modified it.  However, they don’t connect us to the natural environment as it would exist.  Maybe we need a festival around the blossoming of the arrow leaf balsam root and the saskatoon bush, natural heralds of the season here in the Okanagan.  Maybe we need to hear stories about the salmon,the sagebrush, and the ponderosa.  Maybe if we are more connected to these stories, we’ll feel a greater loss when these are lost, and we will be more willing to work to protect the natural Okanagan environment.

Note: I took the Okanagan photos on the hill south of campus in 2014, the subject of this post.  Development is proceeding …