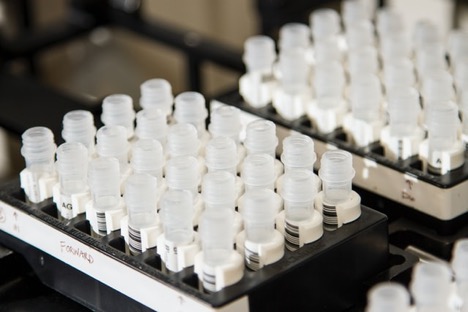 The COVID-19 pandemic has thus far spread to all six inhabited continents, infected at least 5.4 million people and caused at least 340,000 deaths. Governments the world over have, to various degrees, closed their borders and shut down their economies. Countries that have successfully controlled the spread of the virus, such as China and South Korea, are weary of a second or third wave of new infections. The 1918 Influenza Pandemic has given a glimpse of the potential devastation that can occur with a virulent transmissive disease and an unvaccinated populace. The race to create an effective vaccine has become one of the most important priorities for the world’s advanced economies—and for China.

The stakes for China are high. COVID-19 disrupted every facet of Chinese life during the first three months of 2020. Hospitals were overwhelmed, and offices and factories were shuttered. The country’s gross domestic product contracted by 6.8% in the first quarter of 2020, the first decrease on official record since 1992. A successful vaccine therefore has immense value by preventing further waves of disease transmission and lockdowns, as well as ensuring the stability of the economy.

Before a vaccine can be distributed, it must first be approved and deemed safe and effective by a country’s health regulatory agency, such as the United States’ Food and Drug Administration (FDA) or China’s National Medical Products Administration. For approval to be granted, at least three phases of clinical trials are performed in humans. Phase I trials involve determining a safe dose for the vaccine and involves healthy volunteers, while phase II trials aim to find the right vaccine dose for an effective treatment. If the right balance is struck between safety and efficacy, the vaccine would move into phase III trials, where the vaccine would be compared against standard treatment. COVID-19 phase III trials would likely compare a vaccine candidate against an unrelated marketed vaccine. The use of an existing vaccine as a comparator may help mask the study participants from differentiating between the COVID-19 vaccine from the comparator.  After approval by a regulatory agency, further clinical trials may be completed to ensure that the product actually works.

The first is a collaboration between CanSino Biological, a private Chinese company, and the Beijing Institute of Biotechnology, affiliated with China’s People’s Liberation Army. The vaccine candidate, named Ad5-nCoV, has completed phase I testing, with the results published in The Lancet on May 22, 2020. Ad5-nCoV showed promising results in safety—the most common side effects were mild or moderate in severity—and efficacy, by eliciting a positive immune response in the test subjects. Ad5-nCoV has since moved to phase II trials in China, amongst the first of all vaccine candidates. CanSino made headlines last week when it was announced that the company intends to work with Canada’s National Research Council (NRC). The NRC had contributed to the development of the vaccine by licensing technology to CanSino for creating a cell line needed in vaccine production. The collaboration allows CanSino to test its vaccine in Canada, expanding its sample size in determining whether the vaccine is safe and efficacious. In return, Canada secures a potential vaccine for mass production and distribution, should the candidate remain viable throughout all clinical trials.

The second vaccine candidate is created by Sinovac Biotech, a private Chinese company. The company is conducting phase I and II trials concurrently; phase I trials began in April 2020, while phase II trials commenced the following month. Sinovac also published results on its vaccine candidate in Science; the company had previously tested on mice, rats, and non-human primates. In macaques, the higher dose of the vaccine candidate tested elicited complete protection against SARS-CoV-2, the causative virus of COVID-19. The vaccine did not lead to enhancement of infection in the macaques, which was a potential concern for certain types of vaccines. Venture capitalists have taken notice as well: on May 22, Advantech Capital, a Beijing-based private equity fund, and Vivo Capital, a Palo Alto-headquartered healthcare investment firm, have each invested US$7.5 million towards development of the vaccine.

The other four vaccine candidates pursued by Chinese parties and currently undergoing clinical trials are not far behind, with all four in combination Phase I/II trials. Sinopharm, a state-owned enterprise, is working with the Wuhan and Beijing Institutes of Biological Products on two separate vaccines, with funding from China’s Ministry of Science and Technology. The Shenzhen Geno-Immune Medical Institute, owned by the Shenzhen local government, is currently recruiting participants for its own vaccine study. Rather than creating its own vaccine, Fosun Pharma, a private Chinese company, invested in German biotechnology company BioNTech, whose vaccines are currently undergoing clinical testing in both the EU and the US. In exchange, Fosun Pharma has marketing rights of the vaccine in China upon approval by regulatory authorities.

Should any or all of these vaccine candidates emerge successfully, a future problem lies ahead for these pharmaceutical companies: regaining the Chinese people’s trusts in vaccines. The New York Times reported in early May of the wariness that the Chinese public has on Chinese-made vaccines, owing to the 2018 vaccine scandal in China. Two Chinese companies and institutions, including the Wuhan Institute of Biological Products, were involved in the production in several hundred thousand substandard vaccines, which were ultimately administered into children across the country. In order for vaccines to have a meaningful impact, widespread acceptance and uptake is required. Thus, Chinese companies have to not only find a successful vaccine, but also convince the public that it is safe for use.

Although China currently has COVID-19 disease spread under control, this is likely only temporary. Health experts warn of a subsequent wave, perhaps as early as September. A safe and effective vaccine remains the most coveted prize by countries worldwide, with China investing heavily in vaccine development. That investment is returning dividends—China currently has the most candidates in clinical development. Can China overcome its public perception on vaccine safety? China has to; their nation’s health and economic stability depends on it.