Tempers flare and families fizzle in this neoclassical remix as murderous Clytemnestra, amorous Aegisthus, envious Electra, and anguished Orestes try to understand how their family went so wrong.

Post-plague and trapped in the hell of each other, they battle The Furies, trolls and their own homicidal tendencies. Can they stop themselves before it’s too late?

An ORIGINAL PRODUCTION written by the Company 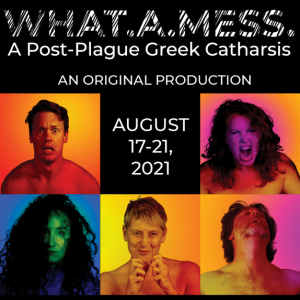