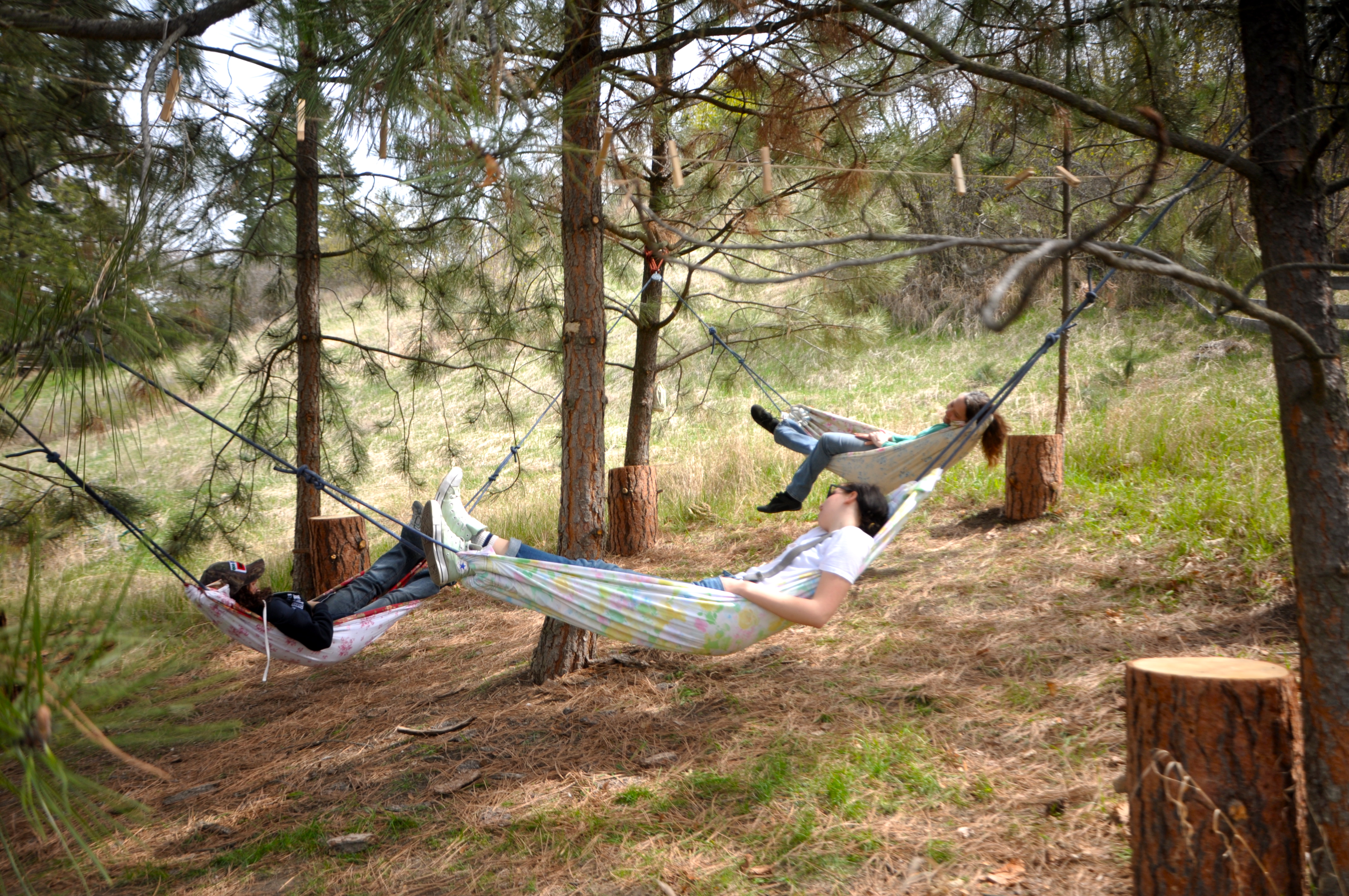 Three students participated in this class:  Jeannette Angel, a PhD candidate in Interdisciplinary Performance; Julia Prudhomme, a Masters of Fine Art candidate in Visual Arts; and David Kadish, a Masters candidate in Engineering.  The challenge presented to them was to work together so that no collaborator felt that they compromised their identity or their own work in service to the collective creation.  Guy Cools, a visiting artist at the time, assisted in the facilitation of this process.  The result of their collaboration was Three Sheets to the Wind, a hammock installation that  “invites participants to share what it means to be connected in an oscillating ecosystem. In order to find balance, the participating public must find mutually dependent yet individual body experiences that mediate self-governing but wholly accepted rules of play” (Prudhomme, 1).

Specifically, three hammocks are suspended from trees using an interconnected pulley system.  All hammocks must be occupied simultaneously in order for any hammock to function.  The trees themselves become participants in this interdependent triangle as they have a role in the system of support and opposing tension.  As Kadish describes,

The Eco Art Incubator has commissioned Three Sheets to the Wind for one national conference and one community event at  a local Bird Sanctuary.  It was a simple yet complex design that engaged the public sensorially, playfully, and intellectually.

The process and resulting project exemplified the richness of translation possible through authentic (and body-based) conversation with each other and with nature.

The work generated from this course was supported by our SSHRC funded Eco Art Incubator project which helped to finance its presentation at the 2012 ALECC (Association for Literature, Environment, and Culture in Canada) Conference.  I also invited (and helped finance) two of the three students to present their work with me, and under the auspices of the Eco-Art Incubator initiative, at the 2012 Module Dance Symposium:  Ethics in Aesthetics- For an Ecology of the Arts of Both Environment and Body, held in Tilberg, Netherlands.