While reading this post I suggest you listen to this music clip (embedded below). And after you are done with this post you should play it on a neverending loop until you achieve the nirvana-like state of Excellence. I’ve been on this fanfare regimen for a couple days now, and I’m feeling so Excellent it hurts.

The success of these Games will be judged on a couple of fronts.

For Canadians, it will largely be about medals. If we lead the medal count, or are at least near the top, and our men’s and women’s hockey teams win gold on top of that, these Olympics will be deemed one of the seminal moments in our nation’s history.

If we bomb, it will be declared a colossal waste of money.

I’m hung up on what kind of delusional collective thinking would elevate the accomplishments of a handful of elite athletes into “one of the seminal moments in our nation’s history”… This is a commonly expressed sentiment when it comes to sporting spectacle and its relationship to Canada’s health. Yesterday the front page of yesterday’s paper howled of “a shocking blow to national pride” because some teenagers lost a hockey game.

I wish I could dismiss such idiocies as the ravings of pandering columnists desperate for readership. But evidently this sensibility is driving our governance as well, with the prorogation of our elected parliament reportedly motivated by a “game plan …to keep Parliament quiet while the Vancouver Olympics are on and hope Canadian athletes do well in the medal parade” since “Conservative strategists think gold medals by the men’s and women’s hockey teams in particular will translate into that kind of feel-good moment that will lead to a majority government.”

The absurd state of Canadian democracy was summed up nicely by humourist Rick Mercer:

In Afghanistan President Hamid Karzai’s government faces fierce opposition at every turn; many of his cabinet choices have been rejected in a secret ballot by the more than 200 parliamentarians that sit in the legislature. Simply closing parliament down and operating without their consent is not an option for Hamid Karzai; to do so would be blatantly undemocratic or at the very least downright Canadian. If Hamid Karzai suspended parliament on a whim we might be forced to ask why Canadians are dying to bring democracy to that country.

Toss in our obstruction of action on global warming, it’s hard to disagree with Jon’s critique of a nation so smug about the superiority of its values that it’s lost its way in self-satisfied passivity.

All is not lost. There are a faint signs of ornery life in the Canadian electorate that may once again give us a country as impressive as our hockey players… As Jon sums up: “let us all hate Canada in exactly the same way as the Weakerthans hate Winnipeg.” 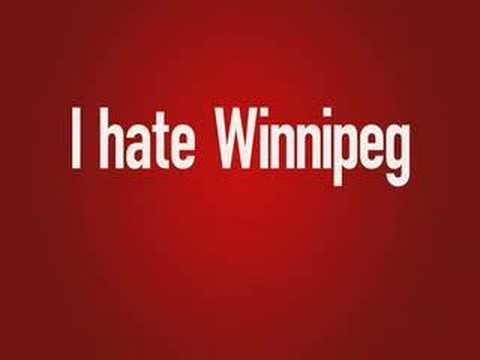 I am a Strategist and Discoordinator with UBC's Centre for Teaching, Learning and Technology. My main blogging space is Abject Learning, and I sporadically update a short bio with publications and presentations over there as well...
View all posts by Brian →
This entry was posted in Abject Learning, News. Bookmark the permalink.