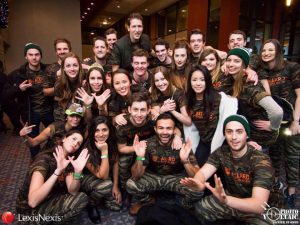 November and December of first year is can be a dark time. Assignment deadlines are approaching, finals are looming, anyone you knew before law school has forgotten you exist, and some SNAIL has taken your seat in the Lawbrary again. One thing that helped get me through was having a plane ticket to Montreal booked and the anticipation of attending Law Games for the first time.

And boy, did Law Games deliver. 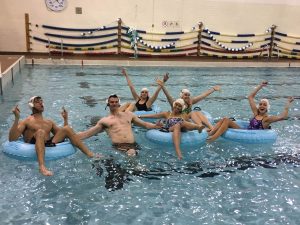 There is no better way to end off your first semester of law school than by celebrating with 700 other law students from across Canada – all in one hotel. Law Games brings together teams from most of the law schools across the country for four days of fierce competition at the beginning of January. If sports are your thing, great, because Law Games is primarily an athletic event. There is no shortage of events, with traditional sports like soccer, volleyball and basketball played alongside parkour and (my personal favourite) inner tube water polo. Not the athletic type? That’s fine too, because Law Games also involves a moot, a talent show and a trivia contest for those whose talents lie outside the realm of sports. 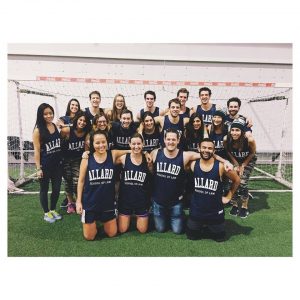 In addition to competition, there are plenty of events to keep you entertained: pub crawls, formal dinners and club nights abound. You will also get a chance to cheer until you lose your voice, wear cool outfits (camo pants!) and make memories that will last a lifetime. Joining the Law Games team is also a fantastic opportunity to bond with your classmates. By the end of first term, you might be wondering if 3Ls even exist. Not to worry, they do, and as their teammate you’ll have plenty of opportunities to hear their wisdom. You also won’t be able to find a better opportunity to meet students from other law schools. We have friendly schools (you can always count on the East Coasters to start a rousing chant of “U-B-C! DAL-HOU-SIE!”) and rivals (let’s be honest, Law Games is basically Western v. Everybody). And who knows, that guy from another school running down the hotel hallway in a cow suit might just be your future office mate at Large National Firm LLP. Hey, the legal community is smaller than you think. 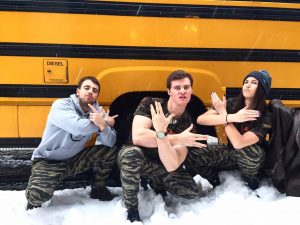 The best part? Allard is HOSTING Law Games in Vancouver in January 2017. Last year, we had to make the trip to Sherbrooke, Quebec. Those participating this year will get all the fun of Law Games without the pricey plane ticket or the pesky winter weather that plagues nearly every other major city in Canada. 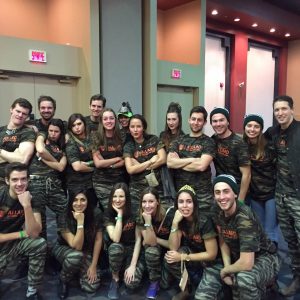 For those interested, there will be more information about Law Games available on Clubs Day. You can also email the Law Games Coordinator, Mischa Smolkin if you have any questions. What are you waiting for? Sign up for Law Games, and it will be the highlight of your 1L year.