As you bite into those golden, crispy McDonald’s fries, you might never suspect that they contain anything other than potatoes, salt, and oil. However, there are 15 ingredients that go into making those fries, and I am not loving some of them. 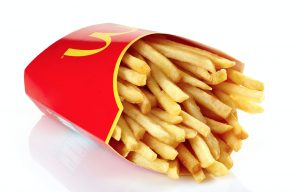 One ingredient that particularly caught my attention is dimethylpolysiloxane, also known as polydimethylsiloxane (PDMS). PDMS is a compound known as a silicone. It’s a polymer – a large molecule made up of multiple smaller parts – that contains alternating silicon and oxygen atoms. It has a wide range of applications, such as skincare, shampoos, and lubricants. PDMS is also found in food, where is it used an anti-foaming agent to prevent oil splatters during the cooking process. Thus, it is present in numerous fast food items, including those beloved McDonald’s French fries. PDMS is more commonly known as a component of Silly Putty, a popular children’s toy with elastic properties. 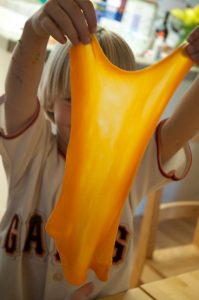 Many people have questioned McDonald’s Canada as to why they use such a worrisome chemical in their food, and their answer is the same every time – PDMS is used to keep the oil from boiling over and potentially injuring their crew members. Seems reasonable enough… until you find out that PDMS is not used at all McDonald’s restaurants around the world. For example, the fries served in McDonald’s UK only contain potatoes, vegetable oil, and dextrose (a simple sugar made from corn). If PDMS is such an essential ingredient for the safety of McDonald’s crew members, why is it not used everywhere? Do crew members outside of North America have a lesser chance of getting burned by foaming oil? 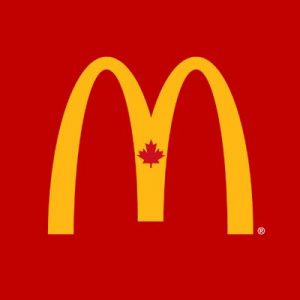 Although PDMS is deemed safe in small amounts by the World Health Organization (WHO) and regulated by the Canadian Food and Drug Act, there is no way to control our total intake. The estimated acceptable daily intake for man is 0-1.5 mg/kg of body weight, but how can we ensure that we don’t exceed this? Each individual food item has a regulated amount that is considered non-toxic, but that single food item is not all that we consume in a day.

Personally, I don’t feel comfortable knowing that PDMS is present in some of the foods I eat, and I try to limit them as much as possible. I think there should be strict regulations in place that prohibit the use of unnecessary chemicals in our food.

To learn more about some commonly used chemicals in food, see the video below:

Posted in Issues in Science, Public Engagement, Science Communication, Science in the News