Why Are Ranked Lists So Popular?

Have you seen this list before, “50 Tweets You’re Gonna Love If You Have A Dog or Know A Dog“? Did you click on that link? Yes? Maybe you are a dog lover, but what’s the science behind these ranked lists that makes it so appealing?

Ranked lists are widely present in social media content and can be found on most sites due to its effective method of conveying information. Ranked lists are accessible and easily linked in blogs. This can generate tremendous traffic towards the original list and increase its rankings in Google search results. 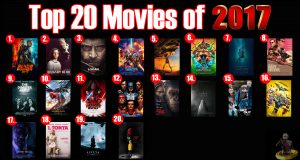 For example, Billboard magazine publishes a weekly “Hot 100” list, ranking the sales and popularity of songs. Sites like Buzzfeed have grown tremendously due to the usage of ranked lists which accumulate views that lead to higher advertising revenue. The “Three Different Price Points” from Buzzfeed is a viral segment which compares foods and items at different price points, much like a ranked list. Why are ranked lists so popular, and despite the differences in the topic, these continue to be read, shared, and linked?

The science behind ranked list was investigated by researchers who published, The Top-Ten Effect: Consumers’ Subjective Categorization of Ranked Lists. The top-ten effect demonstrated in the study showed that a human’s mental tendency is to use categorical lists and to exaggerate the difference between them. These tendencies are a natural human behaviour in perceiving discrete things. According to the data, a human’s ability to grasp numerous items is limited. Instead, those items are re-coded into categories, or “chunks”. Ranked lists are categorized which then enables the readers to better digest the content presented.

Specifically, evidence has shown humans are more easily able to chunk lists of information that end in zero such as 10, 20, or 30. This supports the evidence for cognitive salience of round numbers which proves why we are more willing to read these ranked lists.

Marketers often use ranked lists as an easy way to introduce products to consumers. Lists are often short and believable, and people can often find different connection points in which makes them feel connected. Readers who feel more connected and comfortable subconsciously are more inclined to read the content.