Still worry about being infected by a zombie deer? It’s HARMLESS to human!

Recently, a weird “zombie deer disease” spread really fast in North America. Deers from the wild are acting like zombies, walking slowly and unbalanced, hanging around with dead eyes and drooling. Canada wild dears also suffer from this “zombie deer disease”. Based on the Canadian Food Inspection Agency (CFIA), the disease was detected in six deer  — four cases in Saskatchewan and one each in Quebec and Alberta.  People are frightened and start saying this is the end of the world,  we will all be infected and become a zombie.

But wait for a second, don’t be panic yet! A study shows that the “zombie deer disease”, which scientifically called Chronic wasting disease (CWD), it’s harmless to human.  CWD is a  transmittable disease commonly for mule deer,  elk, and mouse. The possible route of transmission of CWD is by excrement, blood, or saliva. Once introduced into an area or farm, the CWD protein is contagious within deer and elk populations and then spread quickly. The CWD prions can remain in the environment for a long time so other animals can contract CWD from the environment even after an infected deer or elk has died. Once infected by CWD, the CWD prions will induce normal brain proteins to change abnormally. After enough brain proteins were infected, the brain will become “empty”, and can’t work as usual. Finally, the brain which is already out of order will give wrong and disordered instruct to its body. In that case, the infected CWD patient will have abnormal behavior, just like a zombie.

Don’t believe the terrifying news and videos online, check out the following video to gain a better understanding of what is a Chronic wasting disease.

In the video, Dr. Andy Schwartz talked about the general condition of CWD, a study which is done in 2004 indicates that the transmission of CWD to humans is low. Although the in vitro studies indicating inefficient conversion of human prion protein by CWD-associated prions raise the possibility of low-level transmission of CWD to humans, no human cases of prion disease with strong evidence shows that CWD can actually infect human.

Even though CWD is harmless to humans, The World Health Organization and Centers for Disease Control have already sent out a precaution, which advice no people eat or consume a CWD infected animal.  Scientific study proves CWD it’s harmless just for now and it’s known that prions virus has the ability to mutation. Maybe someday in the future, the CWD will infect people, but not for now! We are not turning to zombies. Just come back to work and have a good life would be good for you!

We won’t be infected to a zombie! 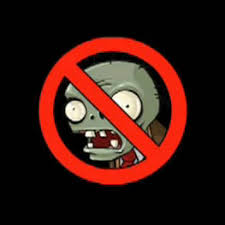