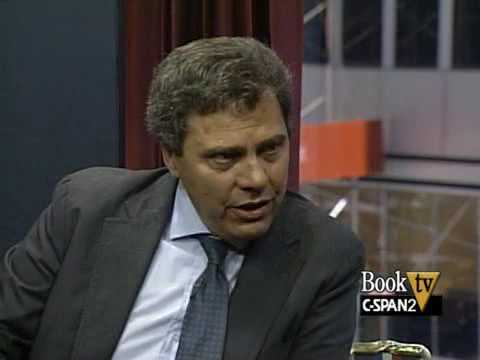 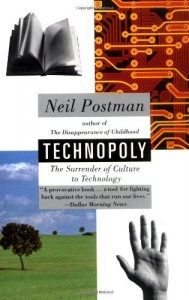 Commentary on Neal Postman’s Technopoly: Chapter 1, The Judgment of Thamus
By Laura Bonnor
Neil Postman uses Plato’s Phaedrus to structure his critique of the modern world’s unabashed love affair with technology. He makes a concerted but somewhat meandering effort to put the reins on the riderless horse he refers to as Technopoly. (Postman, 1992, pg. 20) Postman focuses on the passage where Thamus examines Theuth’s inventions and reminds Theuth that the “creator is not always the best judge of the creation.”(Plato) Likewise, as stated in the discourse that precedes it, the lover may not be able to make the practical choice, and passion often clouds the issue.
In Phaedrus, as Postman points out, Socrates, over two thousand years ago, advised caution when embracing a new technology, in that case writing. Postman draws the comparison to our current enthusiasm for all things technological. The inventors of today’s technologies are certainly passionate about them and very few technophiles admit that there are two sides to the equation. Postman chides Thamus for being too one-sided and negative in regards to writing and rightly claims that “technology is both a burden and blessing: not either or, but this and that.” (pg. 5) Later he describes this as being akin to ecological change (pg.18), a concept that is further developed by Frank and Zhao (Frank and Zhao, 2003): that technological components enter our society much as any other living organism and have complicated and far reaching effects on the structure of that society.
Postman asserts that we make a bargain with technology, a point which O’Donnell repeats in his lecture (O’Donnell,1998) and he uses Freud’s examples of the loss and benefits that are created by our inventions to further drive home this argument (Postman, pg.5). Technology itself takes on a life of its own with unforeseen implications for humanity. Postman states that “function follows form” (pg. 7) but does not relate this to Marshal McLuhan’s phrase “the Medium is the Message” until pg. 14. Postman also refers to Harold Innis’ concept of “knowledge monopolies” (pg. 9) and the fact that the proponents of the new technology gain power within society because of their expertise with the new technology.
His concerns about the serious consequences, which may be positive or negative, of this unbridled enthusiasm is well founded and continues to be debated and studied. Pointing to the mechanical clock and the printing press (pg. 14/15) as examples of how technology can dramatically change society, Postman suggests caution when embracing the new technologies with such haste.
Postman asks two significant questions: who gets the power and freedom from a new technology and who loses it (pg. 19) and, just as Socrates asked, does the technology change our perception of truth, wisdom and mankind, not just on a practical level but on a human level ? (pg. 12) Postman refers to Innis (pg. 20) again when he reminds us that technology is changing what we think and how we think about it. It is changing the very symbols we use to understand ourselves (pg. 17). He cautions that although orality has had a place in the world of reading and writing, he is concerned that the solitary world of technology may end that ‘truce’ and asks: “Will the computer raise egocentricism to a virtue?”(pg. 18)
We may well debate whether we think our current technology leads us to a more or less solitary existence and if orality hasn’t actually increased with live chat, texting and cell phones. Although much of the commentary is reasonable and well founded, I do question a few of his assertions. He states that technology is “thrusting” (pg. 8 ) new words into the English language. The English language develops primarily according to usage, and always has; that has been one of its strengths. As people use more varied forms of technology, the words as labels will enter the language. Yes, our language evolves, but we play a great role in that. Postman also states that while teachers are “cheering on the new technology” (pg. 10), their jobs are becoming obsolete. As always, the best teachers, Socrates being one, are able to engage students in a dialogue which aims to question and consider the implications of change while supporting students as they navigate the ever-shifting universe. This is a prime example of ‘the guide on the side’ concept presently in vogue. Also, his concern that technology gives almost nothing to the losers (pg. 10-11) may be somewhat dated in light of Google, Facebook and Twitter. Technology has become in many ways a tool of the masses, and as such students do need to know how to use these tools effectively. And finally, his assertion that Galileo, who believed that mathematics was the language of nature, did not intend to apply it to measuring human intelligence (pg. 13), is not supported. Our current standardized intelligence tests are crude tools. Mathematics may well hold the potential to provide insight into and replicate human intelligence.
Postman’s main insights ring true, although I do question a few of his assertions, which may be due in part to the fact that the piece was written 18 years ago. He emphasizes that even as Socrates questioned the arrival of writing, so too must we examine the implications of the new technology. Technology does indeed have unknown and far-reaching consequences for the future of mankind. Postman died in 2003 and it is left to others to continue his thoughtful evaluation of the changes to come.