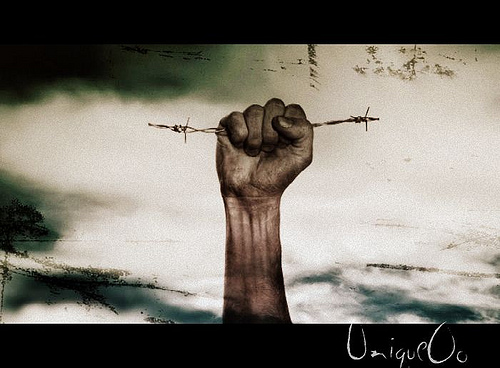 Technology has had a significant impact on individuals in the 21st Century.  In Postman’s (1992) work he states that “once a technology is admitted, it plays out its hand; it does what it is designed to do. Our task is to understand what the design is- that is to say, when we admit a new technology to the culture, we must do so with our eyes wide open” (p. 7).  It is apparent form this statement how powerful technology is.  Technology provides a platform for a power struggle between the “powerless” and the “powerful.”

Postman (1992) indicates in his writing that “those who have control over the works of a particular technology accumulate power and inevitably form a kind of conspiracy against those who have no access to the specialized knowledge made available by the technology (p. 9).  Technologies have provided individuals with more access to knowledge and information.  In turn it has also provides individuals with more “power.” Willinsky (2003) discusses the concept of “Open Access.”  It is apparent from his arguments that digital technologies have enabled the individuals with many affordances.  “However, as prolific scholars…we are implicated in a secondary digital divide that is becoming all the more pressing with the spread of…technology” (Willinsky, 2003).  He echoes the views that were written in Postman’s (1992) work.  Although Willinsky’s arguments are centred on digital technologies, his comments regarding the “knowledge divide” are significant.  It is becoming apparent that with knowledge comes privilege and power.

In Postman’s (1992) work he cites Harold Innis.  In particular he indicates that “Harold Innis… repeatedly spoke of the ‘knowledge monopolies’ created by important technologies (p. 9).” Postman also mentions that there are “benefits and deficits of new technology [when] not distributed equally… [and there] are winners and losers” (p.9). Again this sense of inequality between the powerful and the powerless is expressed. Interesting when you reflect on when Postman wrote his book.  It was over ten years ago that he made the comments that he did.  Yet his comments are still significant and hold true at present.  In many aspects being a member of a literate society, we are privileged. Our access to technologies is never an issue. We often take for granted technologies.  In particular I consider digital technologies and books.  In our society we have an abundance of written material and as a result an abundance of knowledge.

Ong (1982) discusses the technology of writing. Part of his argument focuses on how oral cultures are very different when compared to a literate culture. In particular he argues how oral cultures are somewhat more primitive then literate cultures.  Although I have indicated in previous discussion forum postings that I don’t agree with Ong’s (1982) biased views, Ong still mentions some very valid points about the powerful and the powerless.  In particular he mentions how writing has changed the human consciousness.  Writing, as argued by Bolter (2001), is a technology.  Ong’s (1982) takes on a semi-biased stance on literate cultures being better then oral cultures. It is my opinion that since Ong comes from a privileged position (i.e. has access to technology (writing), published a book) he is in many aspects accumulating power.  Accumulation of power is when an individual has control over the works of a particular technology; this concept was expressed in Postman’s (1992) book.  When we speak about technology and in particular writing, it is obvious that those who publish a book are very much in a position of power.   Ong (1982) also indicates that “once a word is technologized there is no effective way to criticize what technology has done with it without the aid of the highest technology available” (p. 79).  Technology is a powerful tool.  Even as I write these words, I understand the significance of the power of this action.

One final point of power that was brought up in Postman’s writing was the issue of the competition between new and old technologies.  He mentioned how these new technologies competed for many things (i.e. money, attention, time, prestige).  It is interesting that he brings this up.  Ong (1982) in his book recaps the history of writing.  In particular he discusses how writing has always been considered prestigious.  He provided several examples of how people who were literate in the past were in a position of power.  Ong’s examples support Postman’s comments.  Even now, with digital technologies or written technologies, whenever a new product is released there is a sense of competition between the old and new.

Postman’s work presented an interesting theme regarding the powerful and powerless.  As an educator, I have to consider the implications of technology on my students. In particular, I have to consider the possible struggles between the powerful and powerless.  In many ways, there are “knowledge monopolies” represented even in North America.  Perhaps they are minor in comparison to a global scale. However, many students on a daily basis do not have access to new technologies (whether it is digital or even a book).  There are certainly winners and losers as a result of this.

I am PhD student in the department of Language and Literacy Education. My research interests are how technology can be used to teach English as a Second Language students.
View all posts by mmwong →
This entry was posted in Commentary 1 and tagged Bolter, commentary 1, Ong, Postman, Power. Bookmark the permalink.

2 Responses to Technology and Power