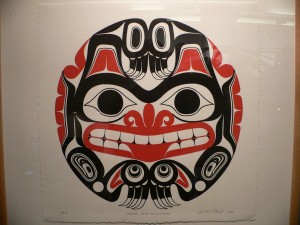 I am intrigued by Ong’s Euro-centric perspective on orality. Here, he asserts that the oral mind is aggregative, traditional, and “unable to detach itself from its context” (Bolter, 2001, p. 191). Ong further asserts that, “syllogistic reasoning…[is] foreign to a culture without writing (ibid). And, finally, Ong maintains that, “an oral culture simply does not deal in such terms as geometrical figures, abstract categorization, formally logical reasoning processes, definition, or even comprehensive descriptions, or articulated self-analysis” (ibid). In turn, I am compelled to offer a different perspective, for Ong’s claim seems to undermine the complexity and the intricacy of the intersection between orality and oral groups, peoples, and cultures. Specifically, I would like to introduce Indigenous knowledge through oral traditions like oral narratives.

For over thousands of years, Indigenous knowledge has accumulated because Indigenous Peoples have a close and interconnected relationship with their surroundings, observe their environment carefully, and learn through experience. Here, the teachings of Indigenous Peoples come from observing and learning from the water, the moon, the plants, the animals, the stars, the wind, and the spirit world. In turn, the world of Indigenous knowledge includes language, governance, philosophy, education, health, medicine, and the environment (McGregor, 2004). Thus, Indigenous knowledge is founded in “… the immediate world of personal and tribal experiences… and … spiritual world evidenced through dreams, visions, and signs” (Battiste, 1986, p. 2). Thus, by way of oral traditions and histories, this accumulated knowledge has been passed on to subsequent generations, using oral narratives like sacred creation stories, songs, historical events, cultural traditions, environmental knowledge, educational lessons, and personal life experiences (ibid).

However, as per the colonial impacts on Indigenous oral narratives, the forces of colonization affected the writing and the orality of the Indigenous Peoples of Canada. Here, the European colonizers rejected the “pictographs, petroglyphs, notched sticks and wampums [that] were the primary Native texts of Algonkian ideographic literacy” (Battiste, 1986, p. 2). The symbolic literacy of Algonkian was suppressed, and then replaced by the European written system (ibid). Furthermore, by way of the Indian Act, the forced assimilation affected the oral traditions of the Indigenous Peoples. The assimilation policies and regulations took over the social, the political, and the economic autonomy of Aboriginal Peoples. For example, the banning of speaking Native languages in residential schools has created a gap in transferring traditional knowledge to subsequent generations. In addition, various epidemics and diseases reduced the number of elders who were the custodians of the Indigenous oral tradition (Gill, 2009).

For Indigenous Peoples, oral narratives are relevant in today’s society because oral narratives connect the past to the present. Here, the orator constantly evaluates and balances “… old customs with new ideas” (Cruikshank, 1990, p. 21). As such, to address these challenges and to avoid resistance by the young generation, teaching oral narratives and stories necessitate qualification, guidance, and creativity of the elders who need to bridge the past to the present. Indeed, one of the significant elements of the Indigenous narratives is “… understanding of a worldview embedded in Aboriginal oral traditions” (Archibald, 2008, p. 13). A lack of cultural understanding of a particular Indigenous worldview limits the process of uncovering the layers that are embedded within the Indigenous stories, and Indigenous oral narratives may have many variations, metaphors, and symbols with implicit meanings and layers (Cruikshank, 1991).

Furthermore, animals and supernatural characters are present in most Indigenous traditional stories. In response to the reason for the presence of animal characters in the stories, Ellen White explains that, “If I was to mention a name and point at one of you I might be injuring you [and] the whole universe” (Archibald, 2008, p. 137). It is necessary to understand the Indigenous belief systems, worldviews, and cosmology before approaching indigenous oral narratives. In some oral narratives, the animals and the supernatural characters are neither fictitious nor fake. Instead, they are rooted in the Indigenous worldviews, cosmology, and belief systems (ibid).

Moreover, it is important to note the inherent challenges of translating oral tradition and oral narratives into the English language. This is due to the “… cultural boundaries” between Indigenous Peoples and non-indigenous people (Cruikshank, 1991, p. 6). Oral traditions include “a belief system” that is meant to be shared orally. When the Indigenous oral tradition is presented in written form, it hinders true understanding because written form fails to capture the cultural contexts in a meaningful way. Additionally, many non-indigenous writers and translators appropriate, distort, and exploit Indigenous oral narratives by, at least, romanticizing indigenousness by emphasizing ‘nobility’. In this context, language can become an instrument for perpetuating colonial stereotypes, tone, and attitudes (Archibald, 2008).

To survive as a people, Indigenous Peoples have accumulated valuable knowledge over thousands of years. This wealth of knowledge has been passed on to subsequent generations. To Indigenous Peoples, oral language is the most important vehicle of transferring Indigenous knowledge. More specifically, Kwiaahwah Jones of the Haida Gwai’i Nation, writes about the importance of oral language in that the “… Haida language is a link to our past, our present and our future [and] gives us a deep knowledge of the land and sea, and a way of thinking that is uniquely Haida” (Jones, 2009, p. 1). That is, Haida’s sophisticated ecological knowledge is reflected in its oral language. Haida words are very specific to its meaning. Through oral narratives, the elders have carried the responsibility of transferring the oral traditional knowledge to subsequent generations. Oral language is an essential instrument that allows the elders to communicate their knowledge to others, particularly children (Ramsay, 2005, p. 3).

Although Ong writes that oral narratives are found in all cultures and are more functional in primary oral cultures, he limits his perspective when he maintains that knowledge via oral narratives cannot be managed in elaborate scientific ways, that oral cultures cannot generate scientific categories (Ong, 1982, p. 137). However, the demarcation line between Indigenous knowledge and Western knowledge has resulted in differentiating between Indigenous and Western knowledge. That is, the Euro-centric perspective highlights the differences by labeling Indigenous knowledge as non-scientific, ‘primitive’, concrete, non-systematic, and localized (Agrawal, 2004, p. 3). Here, Agrawal states that there is “ intolerance of scientists towards insights and inquiry outside established, institutionalized science” (ibid). Agrawal believes that both Indigenous and Western knowledge should be considered as “multiple domains of knowledge, with differing logics and epistemologies” (ibid, p. 5). In addition, Barnhardt and Kawagley (2005) write that Indigenous Peoples “have studied and know a great deal about the flora and fauna, and they have their own classification systems and visions of meteorology, physics, chemistry, earth science, astronomy, botany, pharmacology, psychology” (p. 7). Certainly, it seems that categorizing and comparing Western and Indigenous knowledge have served only non-indigenous interest.

Overall, without oral traditions like oral narratives, Indigenous knowledge will be recorded only in text for viewing. Ong’s Euro-centric perspective does not consider this, for he states that the written word can exist, whereas oral narratives cannot exist without an orator (Ong, 1982, p. 11). However, in response to this, Indigenous communities have taken an active role in re-claiming their voices and re-telling their oral tradition. For instance, curriculum developers, Indigenous elders, and educators are working together in creating educational programs that value orality. Here, there is a need for creating a space for Indigenous communities in establishing curriculum that is based on their respective Indigenous traditions around oral narratives (Archibald, 2008, p. 83).

Curator & Collector: A Blog about the Art, Museums, and Numismatics of the Northwest Coast. Retrieved October 1, 2010, from http://curatorandcollector.com/?p=341

Gill, I. (2009). Guujaaw and the reawakening of the Haida Nation: All that we say is ours. Douglas & McIntyre. Vancouver.

This entry was posted in Commentary 1 and tagged narratives, oral, orality. Bookmark the permalink.