How Word Processors Have Changed the Writing Process

Commentary #2: How word processors have changed the writing process

There was a passage from our course notes that struck a chord with me.  It is this passage that I have used as the focus for my second commentary.  In paragraph 2 of the section titled The Calculator of the Humanist: Word Processing and the Reinvention of Writing (Module 4) it reads:

The text processor is transforming the way philosophy, poetry, literature, social science, history, and the classics are done as much as computerized calculation has transformed the physical sciences based on mathematics. The word processor is the calculator of the humanist . . . . It would seem that not only the speed of intellectual work is being affected, but the quality of the work itself . . . Language can be edited, stored, manipulated, and rearranged in ways that make typewriters obsolete. Extensive sources of knowledge can be accessed electronically and incorporated into the planning and drafting of ideas. This new text management system amplifies the craft of writing in novel ways. (Heim, 1987, pp. 1-2)

As I sat down to write this commentary I decided to stay cognizant of how I write.  I asked myself, “do I write from beginning to end or do I tend to write in “chunks” and then organize those “chunks” into something that flows?”  I never gave it much thought before in terms of how I write.  What I have realized is I tend to first look for meaningful quotes or thoughts from my readings and/or research.  After I have located these points, I write them down (ie: input them into my document).  I organize them into some meaningful arrangement and build my paper out from there.  I find it easier to find quotes and build out then it is to write a paper and try and find quotes that support my thoughts.  Regardless of whether or not this is a good strategy for writing it is how I approach writing and more importantly it works for me.  Keeping this in mind I realize that a word processor is vital in allowing me to easily manipulate my efforts.

In the past, one would have to enter a direct quote word by word.  Although there are times that this is still done, generally there is so much available information on the World Web Wide that one can simply copy and paste the information from one source into another.  It is like what Bolter (2001) stated when he wrote “They can erase a sentence with a single keystroke; they can select a paragraph, cut it from its current location, and insert it elsewhere, even into another document.” (p. 29)  The word processor has allowed people to write almost as if they have “diarrhea of thought”. 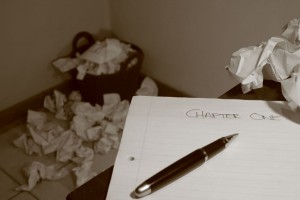 Prior to the word processor, some writers experienced an overwhelming sense of fear as they struggled to get their thoughts down on paper before they would lose them.  It is safe to say that one can type (on a keyboard) faster than one could write.  Therefore, using a word processor allows one to keep up with their thoughts; one is able to get them down almost as fast as they enter the conscious thought (Bolter, 2001).  “I only wish I could write with both hands,” noted Saint Teresa, “so as not to forget one thing while I am saying another” (Peers, 1972, vol. 2, p. 88, in Bolter, 2001, p. 33).  Saint Teresa would have benefitted from a word processor – don’t you think?

The word processor has turned the process of writing into something that is “extremely malleable” (Bolter, p. 32).  Prior to the word processor, writing was a progression of constant revisions.  Now that is not to say that revisions no longer take place but as discussed earlier, making edits is a much easier task. 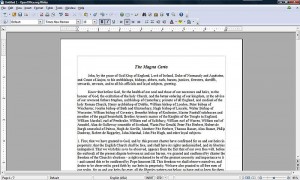 There is no longer the need for an entire re-write (unless you are completely changing the scope of what was written), only metaphorically speaking do we re-write our drafts.  One could stipulate that the word processor has turned the writing process into play dough… allowing for a continual remolding of thoughts until it takes the form of what the writer is satisfied with.

What is for sure is that the word processor has revolutionized the writing process.  Getting one’s thoughts down on paper (albeit virtual paper), editing and even storage have all become more simplified with the advent of the word processor.  However, what has not changed is the process of coming up with a focus or an idea that the writings will center around.  The word processor can do a lot but the technology has yet to be perfected that will eliminate the human element in the writing process.  What is written and the final “look” of how it is written is still in the hands of the individual.  Having a word processor is similar to a craftsman having the right woodworking tools.  Just because one has purchased the proper tools (ie: word processor) it doesn’t mean that one will be able to build a house (ie: write properly).  The skills required to write competently are independent to having a word processor.  However, having the right tools sure makes the process easier!