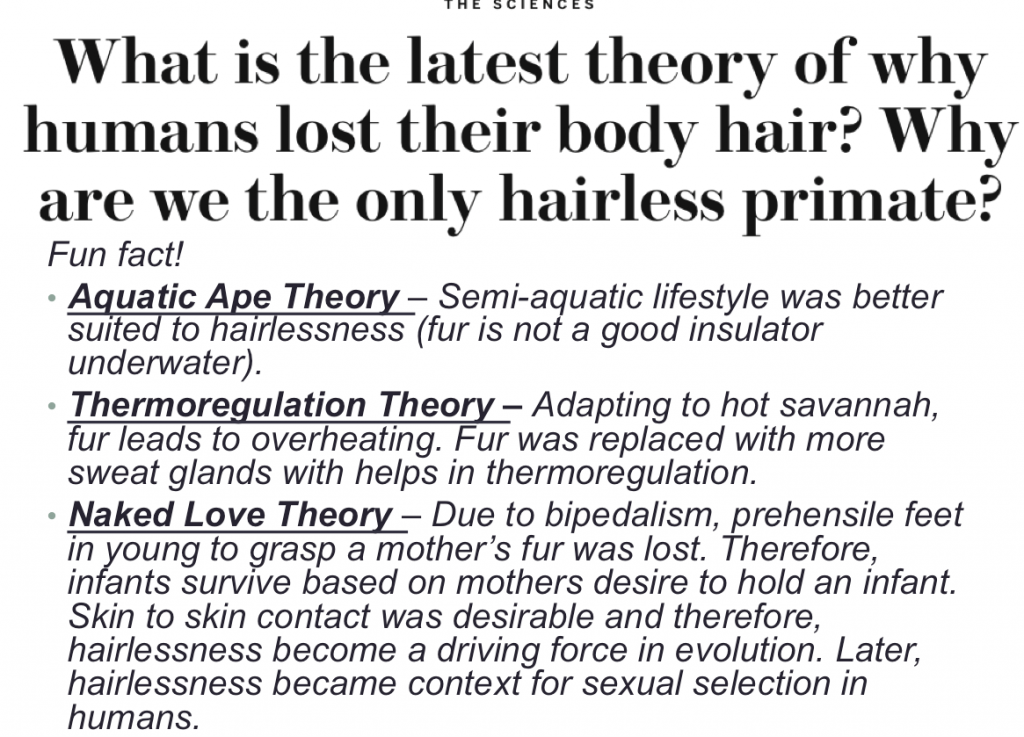 Question: These two features aided in the digestion of cellulose, however in modern humans these are considered vestigial – what does that tell you about changes in human diet?

The RIGHT side receives venous blood (from veins) from the body and pumps it to the lungs for oxygenation.

The LEFT side receives oxygenated blood from the lungs and pumps it to the body.

Mammals are divided into three subclasses based on how they reproduce:

The placenta is modified from an amniotic egg.