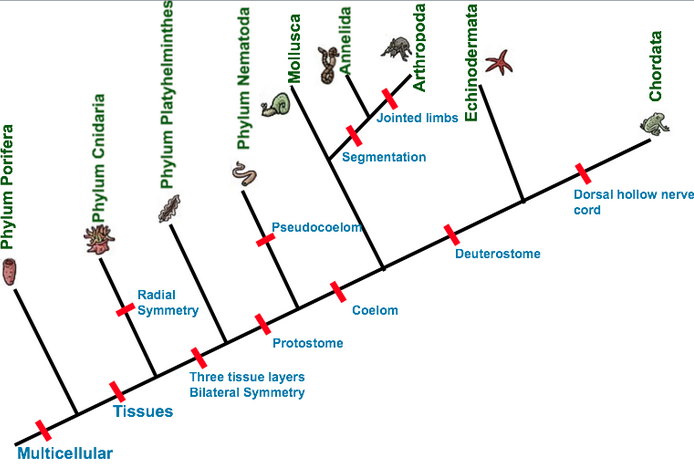 A. Evolution of Body Plan 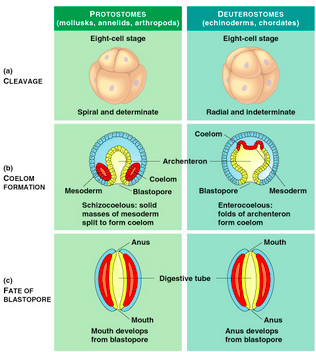 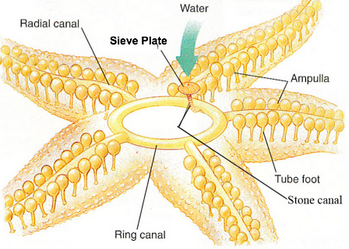 3. Endoskeleton – Always covered in a thin layer of skin therefore it is a endoskeleton (like us!)

4. Radial Symmetry – Symmetry around a central axis. In echinoderms they have 5 symmetrical sections (pentaradial symmetry)

It is important to note that echinoderms developed from a bilateral ancestor and developed radial symmetry secondary. 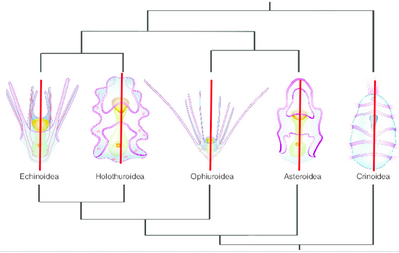 B. Feeding and Excretion 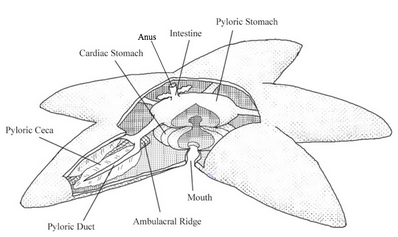 Due to this, sea stars can digest prey much larger than their stomach since they begin digestion outside their body. 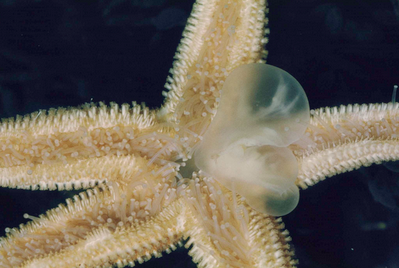 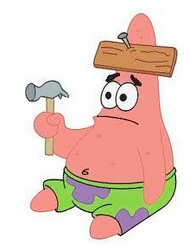 The planktonic larvae gradually change into radially symmetrical adults under the course of two-months and settle on the ocean floor. 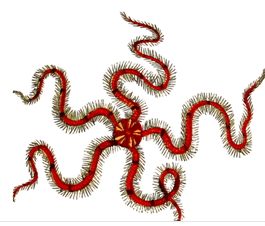 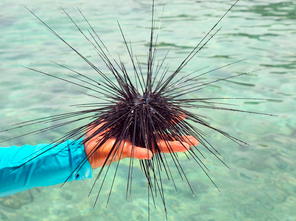 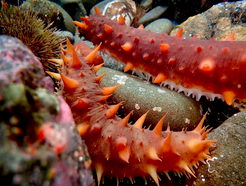 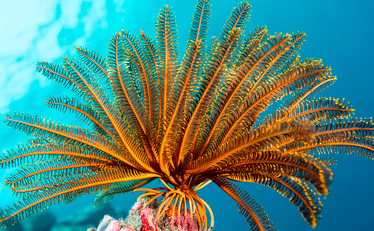