Phylogeny – The history of the evolution of a species or group.

Cladograms – Tree diagrams where each branch point represents the splitting of two new groups from a common ancestor. They show evolutionary relationships within groups!

What’s the difference between a phylogeny, an evolutionary tree, a phylogenetic tree, and a cladogram?

Outgroup – The most distantly related species in the cladogram. Functions as a point of comparison.

Taxon (plural Taxa) = any unit used in the science of biological classification, or taxonomy. 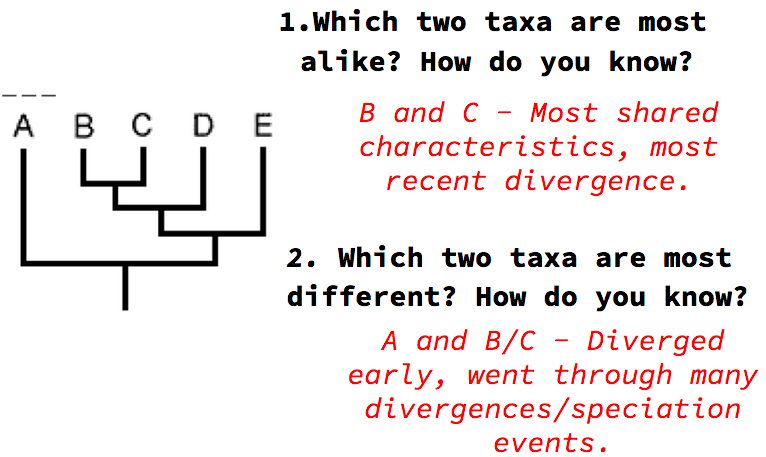 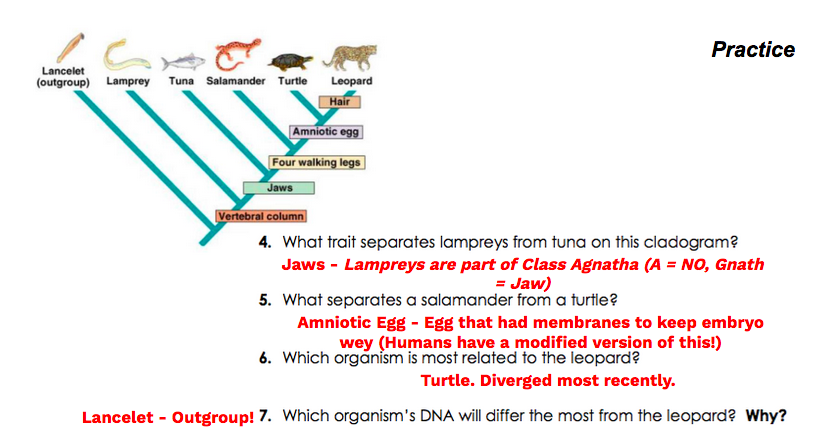 Constructing our own cladograms:

Cladograms can be constructed based on either a comparison of morphological (structural) features or molecular evidence.

Historically, structural features were used to construct cladograms, but molecular evidence is now more commonly used (Typically, we can look at percent similarities among DNA sequences – more they share the closer they are!) 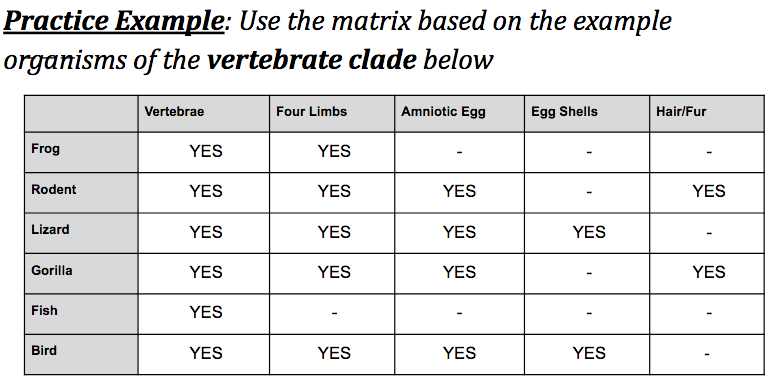 Step 2:  Sequentially order organisms according to shared characteristics to construct a cladogram 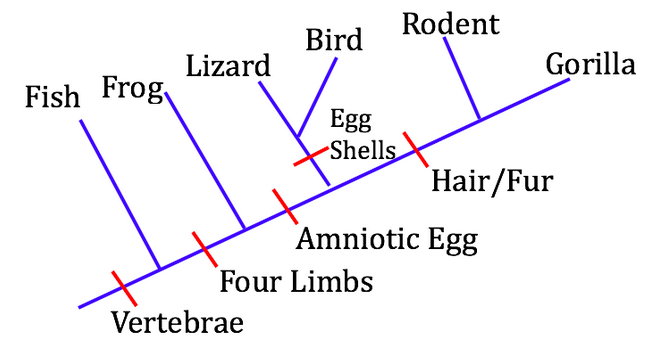 1. Complete “Missions 1 and 2” of the virtual evolution lab. This is an excellent resource that allows us to visualize the concept of cladistics and will connect strongly to unit two! Complete Virtual Lab walk through assignment. 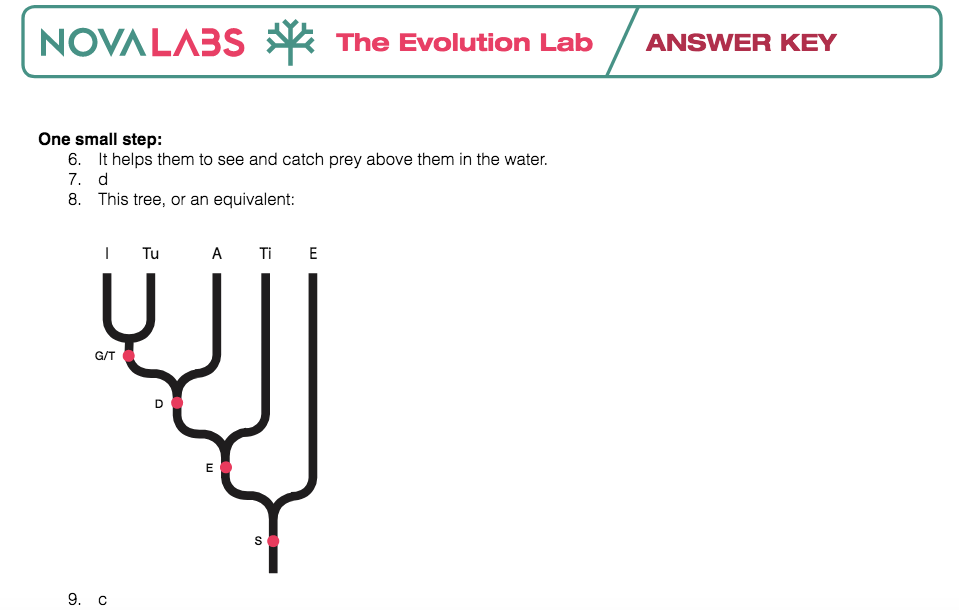 Note: The Evo lab will help you and ideas about “equivalent trees” is important. I will not ask you about definitions such as amniotes, heterotrophs, autotrophs, etc.