The body will react to biochemical pathways (i.e. acetylcholine/dopamine) being consistently stimulated by downregulating receptors. Too much signaling = too much processing = body wants to slow these signals to manageable and useful rate. Likewise, if the signals are not happening frequently, the bottom will upregulate the receptors to make the neurons more sensitive to signals and thus more likely to fire.

Upregulation: Cellular increase in the number of receptors to a molecule, such as a hormone or neurotransmitter, which reduces the cell’s sensitivity to the molecule.

Ex. If not enough Substance P is being released, the body is not receiving signals to process pain at a consistent rate. More receptors make it easier to trigger an action potential in the post-synaptic neuron.

Downregulation: Cellular decrease in the number of receptors to a molecule, such as a hormone or neurotransmitter, which reduces the cell’s sensitivity to the molecule.

Ex. If too much dopamine is released consistently, the neurons are firing too often. Body will downregulate the receptors thus it is harder to trigger an action potential in the post-synaptic neuron.

Opioids on dopamine – leads to downregulation of dopamine receptors on post synaptic neuron.

PNS = all nerves/neurons outside of the CNS.

Together these maintain homeostasis!

The parasympathetic/sympathetic nervous systems are antagonistic – they work on the same areas with opposite effects.

Antagonistic Neurotransmitter = Acetylcholine. Destroyed in the synapse by enzyme acetylcholinesterase.

These neurotransmitters can bind to the same receptors but lead to different excitatory or inhibitory effects!

Endocrine system – a chemical messenger system consisting of hormones, the group of glands that secrete those hormones directly into the circulatory system to regulate the function of distant target organs. Helps maintain homeostasis.

Certain responses of the body are regulated by hypothalamus and pituitary gland.

Review and Practice for May 14th test: 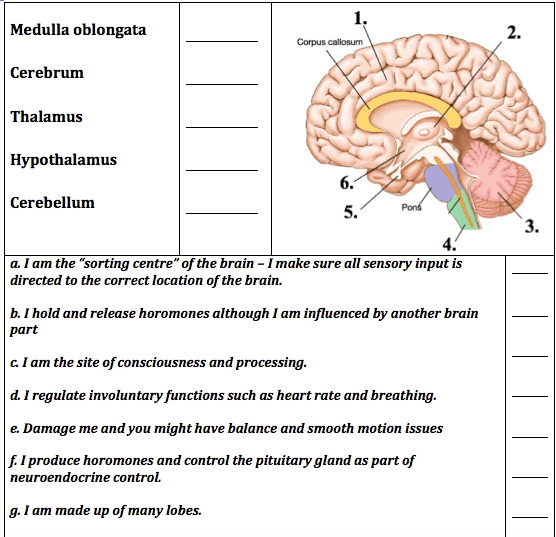 Complete your “Impulse: Designing a step-by-step diagram.” This should take the place of written questions as you will be spending lots of time organizing information regarding voltage, ions, channels, etc. I have included questions below if you want additional review practice. 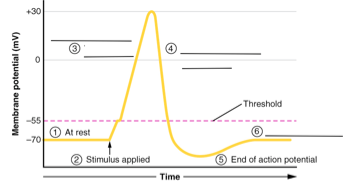