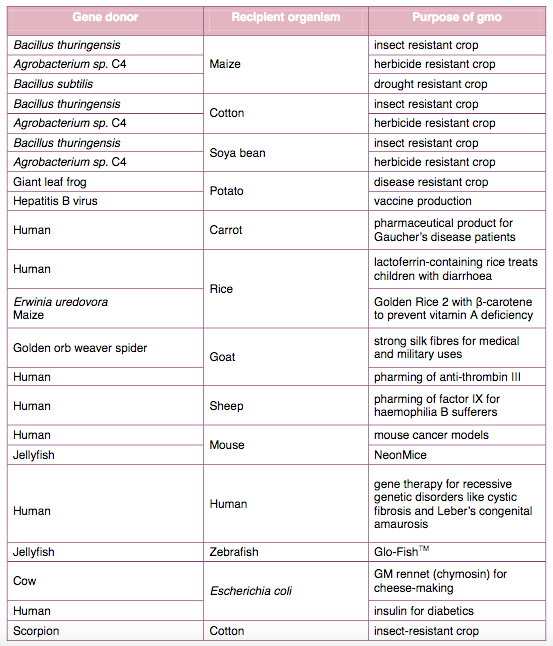 GMO – an organism that has had its DNA or genetic material altered in some way. Usually from the inclusion of an another organism’s DNA into its own. 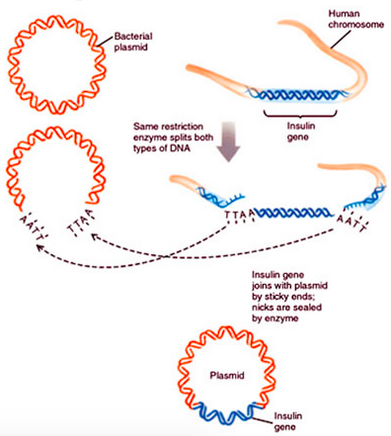 A. A Mythical GMO 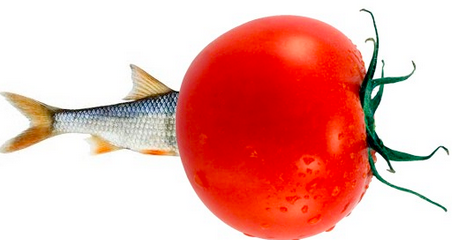 Arctic Flounder can create an antifreeze protein to keep its blood liquid.

Tomatoes are very susceptible to quick freezes that can wipe out entire crops.

Goal: Create a tomato plant that can create its own antifreeze protein to protect crops from being wiped out by frost.

Reflect: Thoughts or concerns about this potential GMO? What about inserting animal genes into plants? 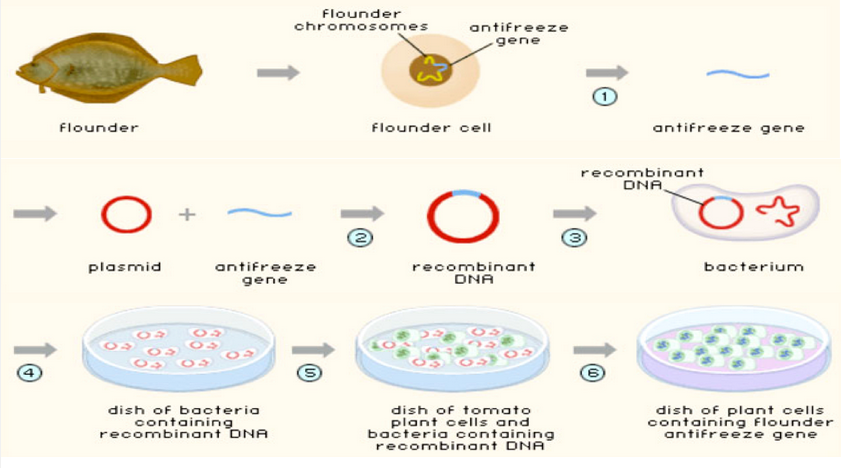 Yes, there are some approved. None are for sale.

Inserting a fish gene into a tomato does not make a tomato “fishy”. We share some genes with fish (60-70%), but that doesn’t make us fish. Indeed, a single gene can hardly be considered “part of” a specific organism at all. An organism is defined by their genome – the entirety of their genes and their interactions.

All living things have the same DNA – four nucleotides A, C, T, G. A plant donor gene and an animal donor gene would be no different.

Human insulin is a hormone that regulates glucose levels in blood. People with type 1 diabetes do not produce their own insulin. Therefore, insulin therapy is vital to stabilize blood glucose and allow cells to get glucose for cellular respiration. Collecting this hormone is very challenging and used to require collection from dead bodies or from dead cows/pigs (limited amounts!)

Production of human insulin (a hormone that regulates glucose levels in blood) is an example of gene transfer.

1. mRNA that codes for insulin is extracted from pancreatic cells. The DNA of the insulin gene is made from this. 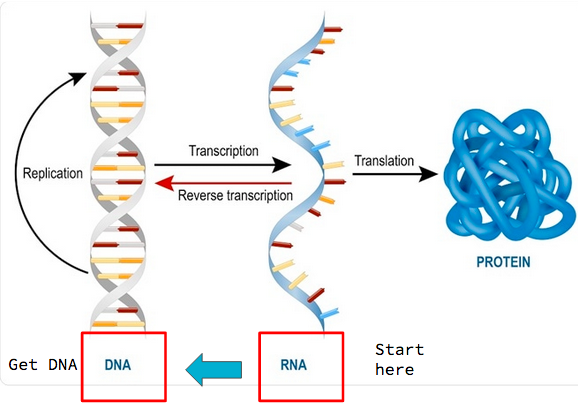 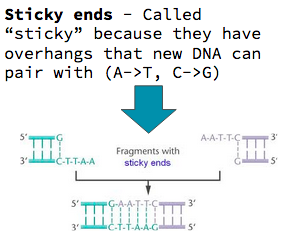 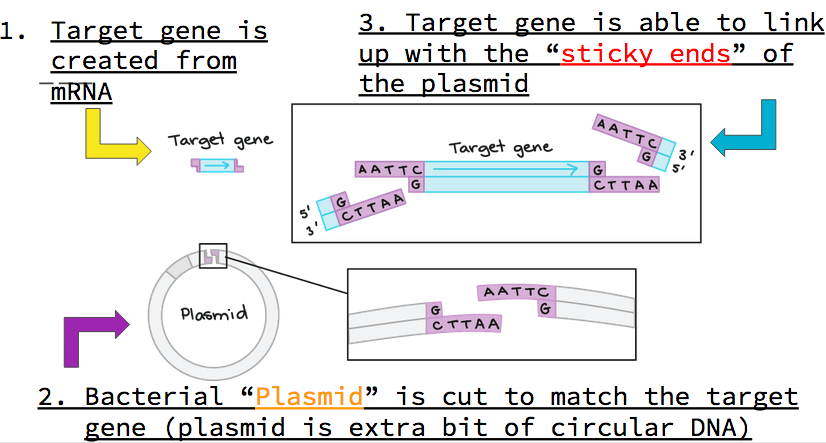 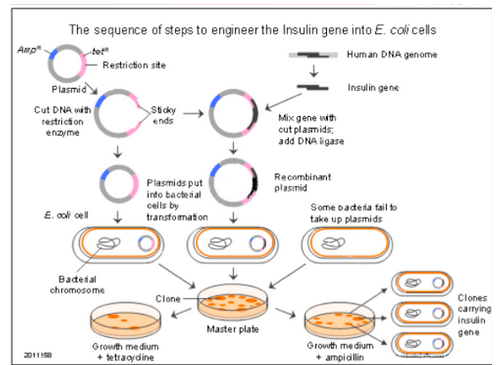 Unit 3a-2: GMO Foods and Labeling